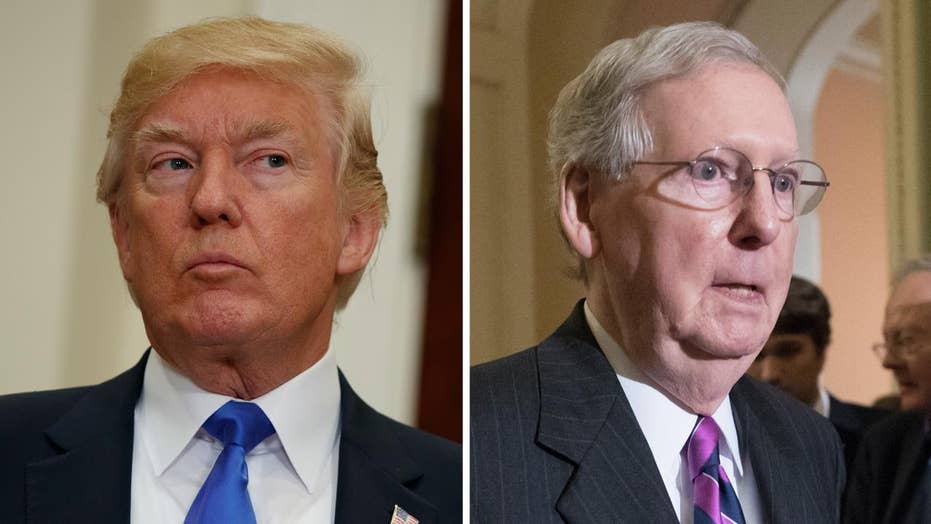 The difficult working relationship between Trump-McConnell

President Trump is engaged in a mild war of words with Mitch McConnell on Twitter. McConnell thinks the president has expectations way too high, but as the president rightly points out, the GOP has promised to repeal ObamaCare for seven years.

McConnell was just lying. Do we really think he wants to repeal ObamaCare? His state expanded ObamaCare a few years ago. He has a political interest in ensuring it stays.

Meanwhile, the president is endorsing Luther Strange for the Senate in Alabama. This is not how one drains the swamp.

On top of that, several Alabama politicians and others have come forward with credible allegations that Strange was in on his own corrupt practices and one person claims Strange was actually in on a bribery conversation, though there is no allegation Strange took a bribe himself.

Strange is a pillar of the establishment status quo and will not rock Mitch McConnell’s boat. In fact, Strange is one of McConnell’s oar hands in the boat.

The president is just solidifying Mitch McConnell’s power base. Both of Strange’s opponents are on record opposing McConnell’s continued leadership of the Senate.

This is not how the president drains the swamp and I have to question who on earth is giving him this political advice. Instead of fighting the status quo, the president is propping it up.