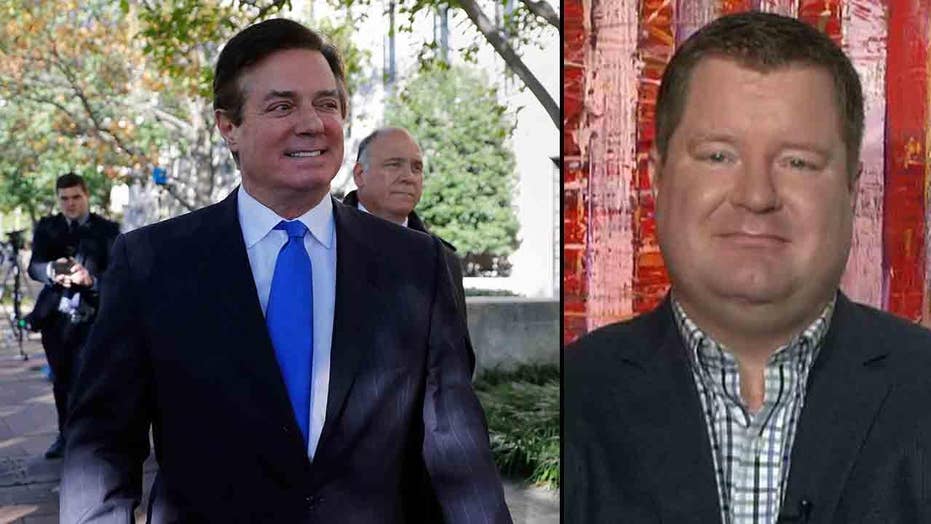 The Fox News contributor says the charges have nothing to do with the president.

Much of the political left is cheering about the indictment of Donald Trump’s former campaign manager, Paul Manafort. They think it will undermine President Trump. The problem, though, is that it appears increasingly likely that Manfort’s indictment has nothing to do with the Trump campaign.

The federal investigators have been curious about various wire transfers during the 2012 period. Manafort has close ties to both Russian operatives and various other unsavory figures tied into Moscow’s political apparatus.

It appears he may have transferred money and accepted payments that he should not have and that he possibly failed to accurate report them on taxes. This is all based on the initial reports that are leaking out.

If that is the case, Manafort and his associate Rick Gates are getting indicted for things far removed from the Trump campaign.

A talking point already shaping up on the left related to this is that Manafort must have been forced to work for Trump by the Russians.

The thinking goes that there is no way Manafort would have wanted to work on so high profile a campaign given his baggage. Someone must have forced him and that someone is the Russians.

This seems to be wishful thinking by members of the so-called Resistance who are lost in their fever dreams of Trump hatred.

Manafort worked on a number of high profile campaigns and just because you never heard of him before now does not mean he was an unknown or minor figure.

Manafort’s indictment in a matter unrelated to the Trump campaign gives the Trump team a new talking point. They had already made a few unflattering statements about Manafort and can now claim that this clears them.

The Mueller team looked into the campaign, went down various rabbit holes, and wound up in Manafort’s tax returns circa 2012, well before Trump considered running for office. Therefore, they can claim, there is nothing there with the campaign.

It is a believable talking point except for the fact that the investigation continues. Still, this will be a distraction from that investigation as media sharks circle Manafort.

One last point to consider here is that the press probably hopes, as some TV pundits are speculating, that Manafort’s indictment is designed to make him squeal about the Trump campaign. That all sounds well and good, but if Vladimir Putin really were involved the chances of Manafort squealing on anybody are really low — and there is no evidence that there is anything to squeal about. But the left’s fever dreams against Trump continue and Russia stealing the election is a necessary component to those dreams.

As long as Robert Mueller fails to turn up evidence to show Russia stole the election, the American left will continue to believe in an elaborate conspiracy. It is far easier to believe that than to believe Hillary Clinton ran a terrible campaign.