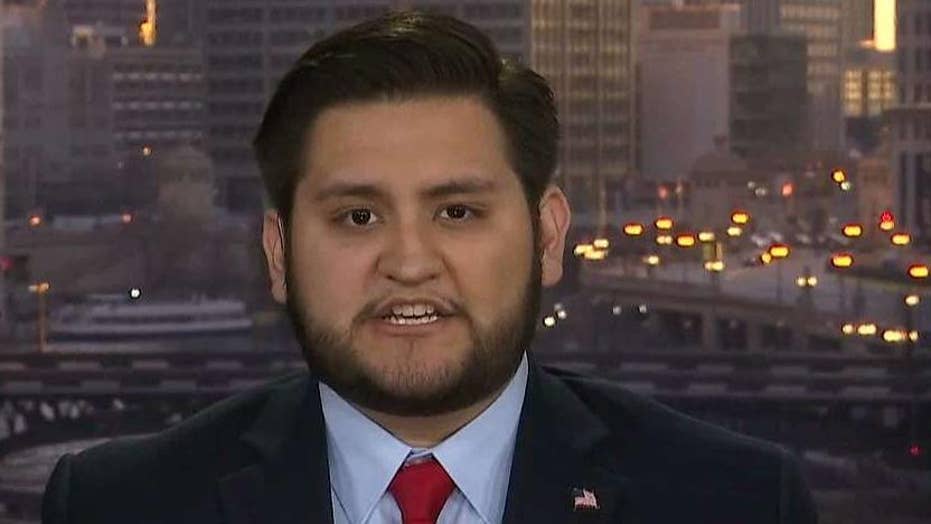 Former University of Illinois at Urbana-Champaign student Joel Valdez is suing the university for being hit with disciplinary charges after he was shout at by a graduate instructor at a campus rally.

The footage of Pennsylvania State Rep. Brian Sims harassing an elderly woman praying near a Planned Parenthood clinic in Philadelphia is shocking, and rightly so. It’s natural to recoil watching a powerful man browbeat a few teenagers praying the rosary as Sims did in another video. But vitriol like this is commonplace on our college campuses, where dissidence is squashed by intimidation and violence.

Every day, intellectual minorities on campus face attacks like the one outside that Planned Parenthood building in Philly. Those who dare to step outside of the leftist groupthink place themselves in harm’s way, with pro-life students and Christians facing many of the most reprehensible attacks.

Intimidation by those in power is inexcusable but is far too common on our college campuses. While America is shocked that an elected official behaved so disgracefully, and is so adversarial to free speech, the Leadership Institute’s Campus Reform has been reporting for years on examples just like this one coming from professors and administrators on our college campuses.

Bernadette Tasy, a student at Fresno State University, was berated by a professor for chalking pro-life messages. “College campuses are not free speech areas. Do you understand? Obviously, you don’t understand,” the professor mocked as he scrubbed her messages out with his sneaker. Obviously, he doesn’t understand that the United States of America is a free speech zone. It’s called the First Amendment.

To truly solve this epidemic of squashing dissent, students must take on a personal appreciation for the unique expression rights we enjoy as Americans.

Fortunately, Tasy is aware of her constitutional rights and she stood up to this professor. But far too many young people are unaware of their rights or are intimated into silence. The result is a generation that learns that free speech can be restricted — by intimidation and even physical violence, if necessary — to silence those they disagree with. And, the more powerful you are, the more entitled you are to enforce what you believe is right.

When students are taught that this behavior is acceptable, they’re going to carry that with them beyond graduation. Like Sims, they will believe that threatening their opposition is not only excusable, but necessary. If this pattern continues in our institutions of higher education, we should expect more intimidation against pro-lifers, Christians and intellectual minorities in the future.

If you haven’t yet, watch the footage of the unhinged man berating quiet protesters for their prayers. Every single viewer should be outraged by the effort of one of our elected officials to silence unpopular opinions through intimidation and abuse of power. Many have and will continue to express outrage on social media.

But if we really want to fix the problem, we must look to the campuses, where our country’s precedents are set. It's there that the change is needed most. President Trump recognized it by signing an executive order to protect free speech on campuses, and 28 states have recognized it by introducing or passing laws to safeguard students’ free speech rights.

These are much-needed steps to restore constitutional freedoms on campus, and ought to be applauded. But to truly solve this epidemic of squashing dissent, students must take on a personal appreciation for the unique expression rights we enjoy as Americans. Only then will we see more advocates like Bernadette Tasy and fewer bullies like Brian Sims.

Emma Meshell is correspondent director for Campus Reform, a division of the nonprofit Leadership Institute.