The only reason why the battle over the supposed Native American ancestry of Sen. Elizabeth Warren, D-Mass., continues to generate headlines is identity politics.

If we had spent the last 50 years moving toward character instead of skin color as a much more sensible way to define ourselves, would anyone outside of her family and friends care about Warren’s heritage? Why should they?

But sadly, we do not live in such an America.

The temptation of identity politics always laid in its promise to lead us to a more racially equitable society by uplifting impoverished and underrepresented Americans. Yet the latest Warren debacle reveals identity politics to be a corruptive force that favors even the most superficial claims of minority ancestry over true minority development and progress.

While it’s true that people of color as a group have higher poverty rates than whites, there are millionaires and people in the upper middle class from every race and ethnicity. Affirmative action programs based on racial preferences that benefit the more affluent minority group members do little to nothing to help those on the lowest rung of the economic leaders to build better lives.

If we had spent the last 50 years moving toward character instead of skin color as a much more sensible way to define ourselves, would anyone outside of her family and friends care about Warren’s heritage? Why should they?

When Warren released her latest evidence Monday indicating that she likely had a Native American ancestry going back six to 10 generations – meaning several hundred years go – she believed that official documentation along with a slick video would somehow place her in the same box as a full-blooded Cherokee.

Yet the DNA test showed that Warren could be less than 1/1,000th Native American. That works out to as little as .09 percent of Warren’s DNA coming from a Native American ancestor.

FILE - In this June 1, 2018 file photo, Sen. Elizabeth Warren, D-Mass., speaks at the 2018 Massachusetts Democratic Party Convention in Worcester, Mass. Warren has released results of a DNA test showing Native American ancestry in an effort to diffuse the issue ahead of any presidential run. (AP Photo/Elise Amendola)

In her fixation on claiming a Native American identity, Warren inadvertently exposed that the backbone of identity politics is based on the very same “one-drop of black blood rule” that once served as the foundation for slavery and segregation. In her quest to prove her minority status in today’s America, Warren exploited one of white supremacy’s most painful legacies to her advantage.

What fascinates me about Warren is that I could have easily walked the same path as her. My skin is white, but I was born to a black father and a white Jewish mother. I also have Native American DNA.

In her fixation on claiming a Native American identity, Warren inadvertently exposed that the backbone of identity politics is based on the very same “one-drop of black blood rule” that once served as the foundation for slavery and segregation. In her quest to prove her minority status in today’s America, Warren exploited one of white supremacy’s most painful legacies to her advantage.

However, my upbringing seems vastly different from Warren’s. Everybody in my California hometown of San Jose knew that I was black or “black and Jewish.”

Throughout my childhood, I witnessed many incidences of racism – whether they were directed at me, my sister, or my father. No matter how painful they were, we never allowed these acts to impede our forward progress.

We drew our inspiration from the civil rights movement and knew that if we allowed ourselves to be defined and defeated by racial hate we would pay the higher price.

It was this lesson that steered me onto a different path from Warren’s. When it came time for me to enter into the world of identity politics and submit my college applications, I left the race boxes blank.

The pressure that I felt from universities to check the black box was tremendous. One admissions official even dangled the possibility of a $25,000 Martin Luther King scholarship.

But I knew that if I used my race to move ahead in life I would become beholden to race. I would have allowed race to define my fate – an act that cannot be reversed.

I also would not have been able to claim that I was continuing the tradition of merit that my grandfather began when he lifted himself from a dirt floor in Camp Nelson, Kentucky, to a lower middle-class life in Chicago. He achieved this despite living his entire working life under segregation. 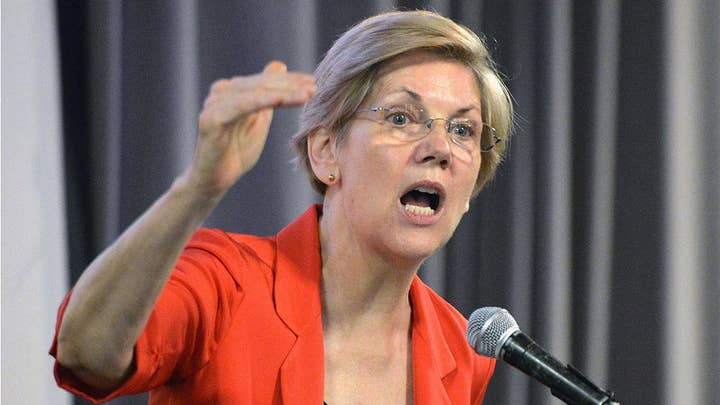 This is the trap that Warren fell into. From the very moment she claimed her small amount of Native American ancestry as an identity politics virtue, race defined her and her career at every turn. Then, just as we recently witnessed, this path led to her being exposed as a fraud before the entire nation. What a sad fate.

But this is not the worst of it. Warren’s claim of Native American ancestry made her complicit in identity politics’ institutional racism.

The powers behind identity politics have long abandoned the hard work of helping impoverished Americans climb out of poverty and into the middle class through education, ambition and hard work.

Today, all that matters to many universities is whether they have enough of each racial and ethnic group with minority status represented.

In Warren’s case, universities didn’t care that she had blond hair, blue eyes and never lived on a reservation. They were more than happy to add another body to the Native American category, upping their diversity bona fides. 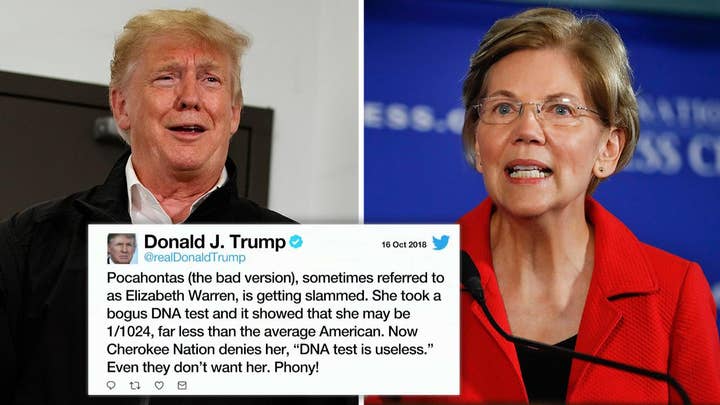 The same institutional powers also attempted to use my middle-class blackness as a stand-in for the impoverished blacks that they had long ignored. But I didn’t want to benefit while the problems in our society worsened.

Why couldn’t Warren see what I saw? Why couldn’t she see that she was enabling the illusion of progress that did absolutely nothing to uplift the lives of those living on reservations? And why couldn’t she – as someone who claims to be a social justice and racial equity advocate – see the very cycle of institutional racism that she was perpetuating?

Sometimes the answer is simple. Identity politics made it possible for Warren to use race as a form of power to advance her career ambitions.

But the act of striking a bargain with the devil blinded Warren to this truth: if identity politics derives its power from race and only race, then how can it ever truly move us Americans beyond race to a better and more just society?

It should then come as no surprise that the very racial power that seduced Warren eventually became a corruption, consuming her career – and worse, her character.