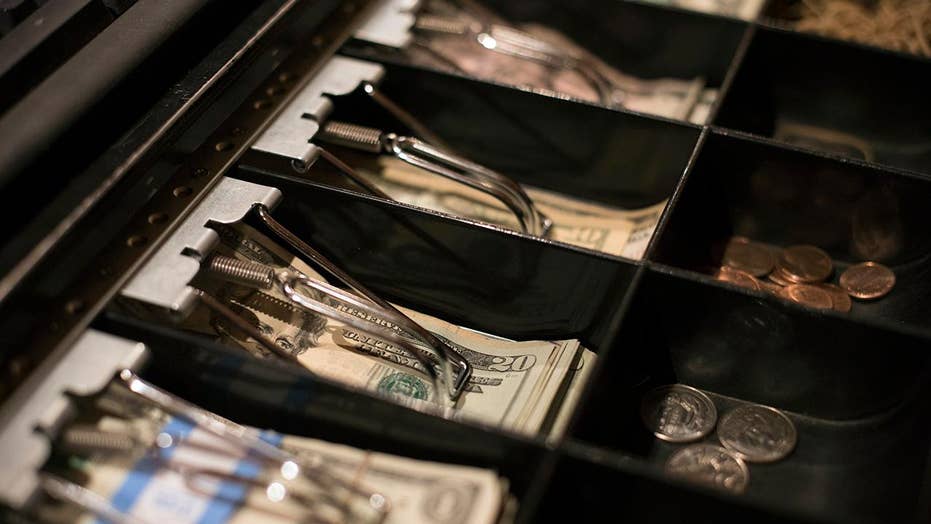 Fat Brands CEO Andy Wiederhorn on how fast food restaurant will be affected by a $15 an hour minimum wage.

The 231-199 vote Thursday by the Democratic-controlled House of Representatives to raise the federal minimum wage from $7.25 an hour to $15 was an unwise move that doesn’t reflect the will of the American people.

As a result, the legislation more than doubling the minimum wage over six years has no impact for now, other than as a statement Democrats can use to campaign for the 2020 elections. But it stands as a warning of the harm Democrats could cause if they retain their House majority and capture control of the Senate and White House next year.

HOUSE PASSES BILL TO RAISE MINIMUM WAGE TO $15 AN HOUR

Many Americans wisely oppose raising the minimum wage too high and too quickly.

According to new polling released Wednesday by my organization – the Job Creators Network – an overwhelming majority of Americans believe that small businesses will likely be forced to lay-off employees if the government-mandated minimum wage rises to $15 an hour.

This should be of enormous concern to all Americans because nearly 60 million Americans – half our nation’s workforce – rely on small businesses for their livelihoods.

Additionally, a majority of Americans correctly believe that the workers suffering most will be those with few skills and little job experience. This would have a devastating impact and sabotage young Americans just entering the labor market.

Research from the Congressional Budget Office estimates that increasing the federal minimum wage to $15 an hour would wipe out a great number of jobs – up to 3.7 million. And it would reduce net family income by a staggering $9 billion annually.

A higher minimum wage produces no benefit for workers who lose their jobs as a result and wind up with no income other than temporary unemployment benefits.

While all Americans are sympathetic to living paycheck-to-paycheck on modest wages, a majority understand that the benefits of broad minimum wage hikes do not outweigh the consequences that would leave many workers unemployed.

Blocking young people from gaining work experience and grabbing hold of the first rung of the career ladder would have a domino effect of bad consequences that would extend for years.

Not only would individuals find navigating the labor market difficult without meaningful job experience, but businesses would be starved of qualified workers and the broader economy would suffer.

Although the Congressional Budget Office report also revealed 1.3 million people would be lifted out of poverty by the higher minimum wage, a majority of Americans believe that benefit does not outweigh the costs in workers losing their jobs.

But opposing a far-reaching federal $15 minimum wage does not translate to resisting all strategies intended to push wage levels up.

In fact, over 70 percent of Americans don’t have a problem with the idea of a wage floor as long as the level is adjusted to reflect the cost of living in a particular community. For example, an apartment in Los Angeles is going to be considerably more expensive than one in a Midwest farming town.

However, the preferred option is to adopt policies that encourage wage growth naturally. This approach is not only beneficial for small businesses, but for their employees and the larger economy.

One way to make this happen is to further develop trade and vocational education programs. Because of societal emphasis on traditional four-year college degrees, there’s a shortage of workers equipped with the skills acquired through these alternative education paths.

This severe shortage of skilled workers has contributed to more than 7 million jobs going unfilled in the U.S.

If more young people take advantage of trade and vocational education, they will reduce the number of unfilled jobs in the U.S.  And many of the unfilled positions – such as for dental hygienists, mechanics and electricians – often pay nearly double the salary equivalent of a $15 minimum wage.

In fact, when given the choice between improving access to alternative education paths and raising the minimum wage, nearly two-thirds of Americans believe the former is a more effective approach to lifting people out of poverty. Especially when considering the fact that the minimum wage is usually reserved for young entry-level workers.

While all Americans are sympathetic to living paycheck-to-paycheck on modest wages, a majority understand that the benefits of broad minimum wage hikes do not outweigh the consequences that would leave many workers unemployed. Policies should instead encourage people to pursue $50,000 careers – not to expect $15 per hour mandates.

If only more of our representatives in Washington understood that, the people they say they are trying to help would be far better off.

Elaine Parker is the President of the Job Creators Network Foundation, a nonpartisan organization founded by entrepreneurs who believe a well-informed public is the best defense against bad government policies.