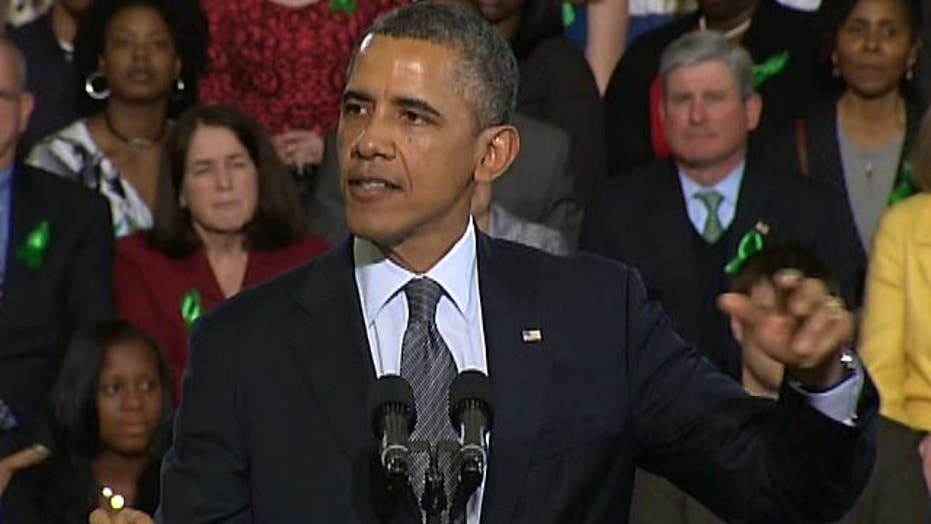 Will he be successful in Washington?

Does the government work for us, or do we work for the government? How can the president claim the lawful power to kill whomever he wishes and at the same time ask Congress to incapacitate our ability to defend ourselves against those who might seek to kill us?

Kentucky Sen. Rand Paul struck a raw nerve in the weak underbelly of the Obama administration last month with his 13-hour filibuster. Paul was furious -- as every American should be -- that the president refused to admit that he does not possess the lawful authority to kill Americans with drones. The senator used the confirmation hearings of now CIA Director John Brennan as a forum in which to articulate the principled constitutional argument that whenever the government wants the life, liberty or property of anyone, it can only obtain that via due process.

Due process is the command of the Fifth Amendment. "Due process" is the jurisprudential phrase for a fair jury trial and the accompanying constitutional protections. The reasons we have these protections are the wish of the Framers that our natural rights -- here, the rights to life, liberty and property and to fairness from the government -- be guaranteed and their fear that they not suffer under another Star Chamber. Star Chamber was a secret gaggle of advisers to British kings that decided who among the king’s adversaries would lose his life, liberty or property without due process. Once that decision was made, it was carried out.

Paul articulated all of this during his filibuster. He did not read gibberish, as those who have filibustered in the past sometimes have done. He made principled moral and legal arguments for 13 hours. His arguments read like a passionate college lecture on personal liberty in a free society.

The next day, Attorney General Eric Holder sent a terse letter to Paul that reads in its entirety as follows: “It has come to my attention that you have now asked an additional question: ‘Does the President have the authority to use a weaponized drone to kill an American not engaged in combat on American soil?’ The answer to that question is no.” This is an unremarkable statement, but one that only came about after the senatorial equivalent of pulling teeth.

Paul’s filibuster was prompted by the administration’s repeated refusal to answer that question. Those refusals came from the testimony of Holder, FBI Director Robert Mueller and then CIA Director-nominee Brennan. They all declined to answer the question of whether the president has the power to use drones to kill Americans in America, and they all referred the questioners to their boss in the White House.

Their boss in the White House has never publicly answered that question, but he has exercised that horrific power without publicly defending or legally justifying it. When lawyers for potential victims of presidential killings (how terrifying does that sound?) sought to ascertain the source of that power, the president dispatched Justice Department lawyers into court to persuade judges that the legal argument supporting killings is classified. That’s because, those Justice Department lawyers argued, the decisions to kill -- just like Star Chamber’s decisions to kill -- are made in secret; hence, the legal support for the killings must be kept secret.

How could a legal argument be classified? How could a judge accept that sophistry? How could a president sworn to uphold the Constitution claim the power to kill people on his own?

As if to antagonize further those who believe the Constitution means what it says, the same president who says he can’t reveal the legal basis for his killing wants to take away your right to self-defense against a killer, and he wants to prevent you from having the means with which to shoot at a tyrant should such a monster take over the government.

The reason we are a free and independent people today is our secession from Great Britain, and that secession only came about because we had the means with which to repel the soldiers of the British king. Without weaponry in the hands of ordinary folks and unknown to the government (so it doesn’t know from whom to seize weapons), we will lack the ability to repel a modern-day George III.

So, today we have a president who has sworn to uphold the Constitution but seems hell-bent on violating it. He wants to use the force of legislation to weaken your right to self-defense, and he is already using powers never granted to him to kill uncharged, unindicted Americans whom his advisers in secret have decided must go.

The government derives its powers from the consent of the governed. Do you know anyone who consented to this? If you do, they consented for themselves. The rest of us will keep our lives, liberty and property and defy any government efforts to take them.