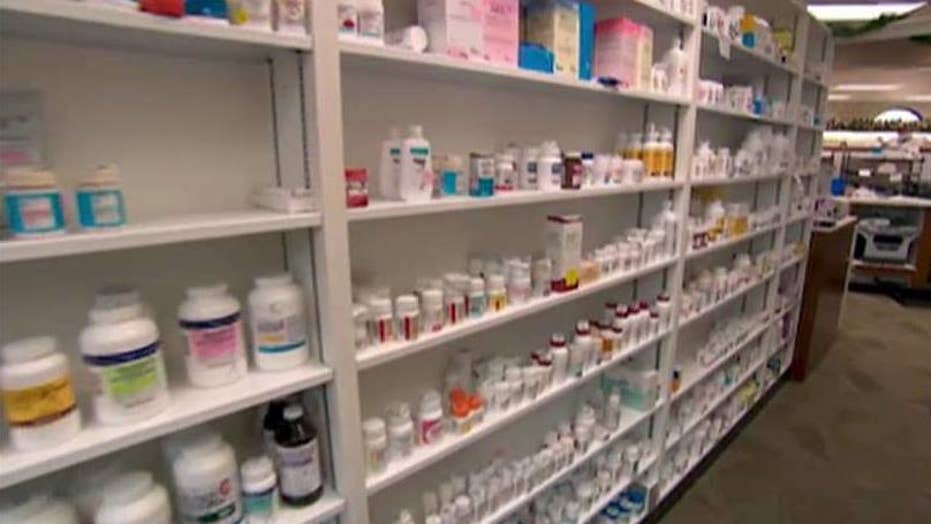 According to a new analysis released last month, Americans spent $3.65 trillion dollars on health care in 2018 – more than the entire gross domestic product of Canada. That’s over $11,000 per person, and it reflects a growing affordability crisis that threatens the health of millions of people.

The Trump administration has been pushing for lower drug prices, and some drug manufacturers have responded by lowering prices and providing greater access to life-saving treatments.

However, there is a growing concern among health care providers that the middlemen who negotiate drug prices on behalf of insurers – known as pharmacy benefit managers (PBMs) – are actively working to keep prices high for consumers, presumably in an effort to increase their own profits.

I run a free cardiovascular risk reduction service at a local clinic where we see many patients either suffering from, or at high risk for, heart disease. In collaboration with providers, I work to apply evidence-based medicine in the clinical setting and ensure any new treatment is financially sustainable for a patient – a task that can be made difficult by profit-driven insurance companies denying medication access and PBMs that keep treatment costs high.

When it comes to treating and preventing heart disease, access and affordability to the right kind of medication can be the difference between life and death.

I’ve been encouraged by some drug manufacturers' willingness to reduce the list prices of their medications to improve affordability for patients. Last fall, Amgen lowered the list price of Repatha, a drug that treats high cholesterol and helps reduce the risk of cardiovascular-related events, by 60 percent. Regeneron and Sanofi have recently followed suit, announcing plans to reduce the price of Praluent, a PCSK9 inhibitor in the same class as Repatha, by a similar amount.

However, I’ve since discovered that one PBM has refused to make Repatha available to certain patients at the lower price. Instead, they are pressuring providers to prescribe the drug at its previous, higher list price – think sticker price of a car – which could cost patients as much as $300 more for each prescription. These PBM price-hike policies often hit older adults the hardest, largely because rather than a set co-pay, patients using Medicare Part D often have to pay a percentage of the total cost for high-tiered specialty medications like Repatha.

This lack of prescription drug price transparency can be incredibly confusing and harmful for Medicare patients. Many Medicare Part D recipients may see television commercials advertising coupons that would help subsidize a drug’s price; however, unlike patients covered by commercial or private insurance, Medicare Part D patients often do not qualify for these cost-saving opportunities. Consequently, many older adults with Medicare Part D, facing these high out-of-pocket costs, find themselves unable to afford medications and abandon their prescription at the pharmacy counter.

It’s not just individual patients that are being harmed. PBMs have also been making hundreds of millions of dollars by overcharging Medicaid programs for prescription drugs at the expense of taxpayers.

A recent report by the Kentucky Cabinet for Health and Family Services found that PBMs made at least $123 million in profit last year by charging that state’s Medicaid program more for medications than it paid pharmacies for the treatments. Through this spread pricing model, 12.9 percent of the taxpayer money spent on prescription drugs went into the pockets of the PBMs.

It seems highly unlikely that practice is isolated to Kentucky, which suggests that PBMs could be making billions of dollars each year nationwide simply by exploiting the lack of transparency in drug pricing to charge whatever they want for treatments. That’s money that should be spent providing quality care to low-income Americans.

President Trump has made drug pricing transparency a focus of his efforts to reduce costs for patients. Congress must also push for greater transparency in PBM pricing, and demand that these companies pass any and all drug savings along to consumers and taxpayers.

When it comes to treating and preventing heart disease, access and affordability to the right kind of medication can be the difference between life and death. Our health care system is like a machine; defective parts yield minimal output. Ours is in need of repair, and working to address the damaged PBM cogwheel puts us one step closer to ensuring quality output to improve patient access and outcomes.

Doctor of Pharmacy Matthew Stryker is a clinical pharmacist at Albany Medical Center and an assistant professor at Albany College of Pharmacy and Health Sciences with a focus on ambulatory care and endocrinology.