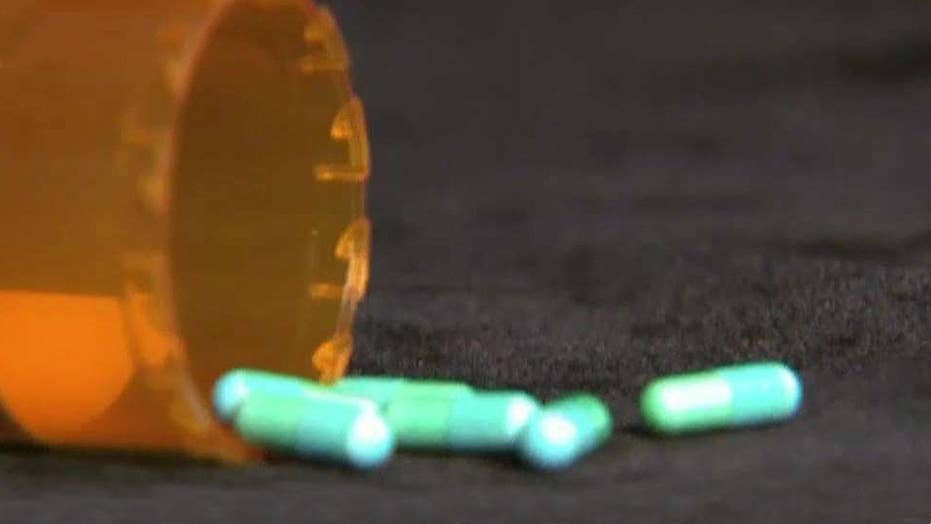 What needs to change in order for the U.S. to start making progress with the opioid epidemic? Dr. Nicole Saphier weighs in on 'Fox & Friends First.'

The patient seemed nervous, and though he said he had come to see me for a cough, his lungs were clear and he didn’t cough during the visit. He was more concerned about chronic back pain after a spine operation, and he requested a prescription for Percocet. When I declined and asked more about the nature of the pain — whether it radiated, if it was brought on by movement or rest — he said he had to leave to attend a meeting. I offered to refer him to a back specialist, but he said he already had one. I was concerned about the possibility of opioid addiction, but he left before I could bring it up.

President Trump’s plan to call the opioid crisis a national emergency next week is a good one, and not just because of the more than 30,000 deaths from opioid overdoses in 2015 alone — including 20,000 from prescription pain killers. The problem extends from avoidable deaths to crippling illness to the very nature of addiction itself.

The brain has its own opioid-like chemicals, called endorphins, that block pain, slow breathing and make us feel happy and calm. Manufactured opioids, on the other hand, flood the brain’s receptors with dopamine, causing euphoria. But they also suppress the production of the brain’s own opioids, leading to addiction. Before long you crave more and more opioids to bring you that euphoric feeling.

The biggest culprits in this addiction epidemic are physicians. According to the Centers for Disease Control and Prevention, just a 10-day supply of opioids leads to a 20 percent chance of long-term use, and 259 million painkiller prescriptions were written in 2012 alone. That is simply unforgivable.

There are conditions, such as cancer or acute pain following a procedure or an injury, that call for opioid prescriptions. But opioids are often unnecessary or overprescribed. Almost half of opioid prescribers are primary care doctors treating a common problem like back pain, which is frequently muscular in nature and may respond better to heat, muscle relaxants, physical therapy, chiropractic or acupuncture than to opioids. Too often, primary care doctors throw opioids at a problem before it is properly diagnosed. But the more exposure to opioids, the greater the chance of addiction. If only those doctors could recognize this.

It is too easy to place all the blame on the lack of proper physician training and education, pressure from pharmaceutical salesmen and pharmacy chains filling the scripts too easily. Doctors were instructed as far back as 1996 that pain is the “fifth vital sign” that we too frequently overlook, but I believe we remain responsible for what we prescribe — no matter the pressures. The Institute of Medicine reported in 2011 that there are 100 million chronic pain sufferers in the U.S., but that is hardly an authorization for an opioid prescription.

We doctors should have policed ourselves and sought more education a long time ago. Consider the National Survey on Drug Use and Health, which revealed that 75 percent of opioid misuse begins with people taking medications that were intended for others.

Opioid abuse has the feel of an infectious disease; it spreads via the medicine cabinet to someone other than the intended patient, and from there out to the street. Eighty percent of heroin users start off with prescription drugs, and the risk of addiction is particularly high when opioids are prescribed to high school students. Here again, opioid use spreads like a contagion, particularly among teens who drink alcohol.

As of 2012, 2.1 million people in the U.S., a huge number, were addicted to prescription opioids. The cure, as with any epidemic, is multifactorial. We must stamp out the problem at its source, by educating physicians in the risks and proper usage of opioids, as well as alternative treatments. While researchers pursue less addictive alternatives, the FDA is working at the same time to further limit and control what’s already on the market.

Calling the opioid epidemic a national emergency will release resources at the federal, state and local levels to help prevent, rescue and treat addicts. But even successful rehab programs have a high recidivism rate. It takes peer-to-peer support, an intervention drug like suboxone and having a reason to live to beat this disease.

Opioid addiction sends tentacles deep into the human brain that are very difficult to remove. The greatest responsibility for planting the seeds of addiction falls to the doctors who prescribe them.