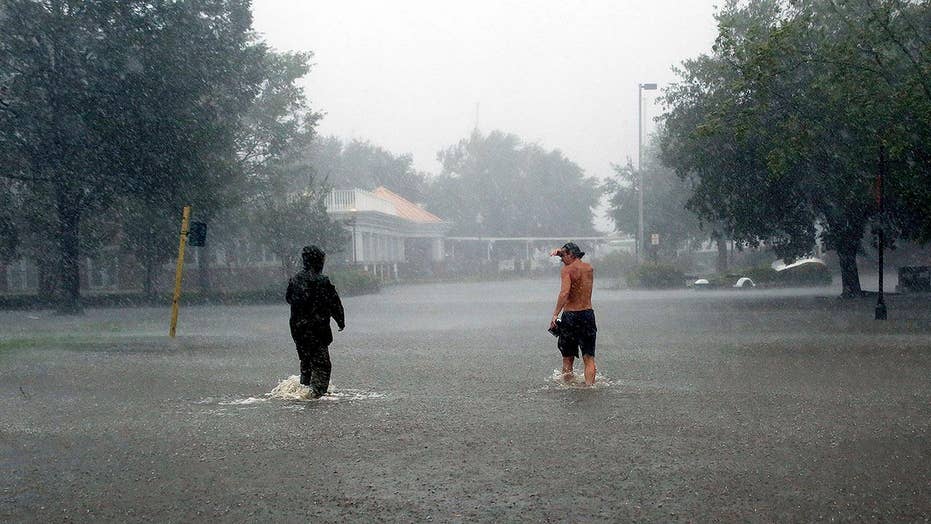 What challenges may North Carolina residents face as they await rescue from floodwaters? Dr. Marc Siegel weighs in.

As Tropical Storm Florence abates, millions of people remain at medical risk. For one thing, more than a million people are without power, which at the very least means that patients who are dependent on life-sustaining devices like ventilators or need to receive dialysis or intravenous treatments in order to survive are in great danger.

The condition of medical facilities in the area along with patient needs are tracked by the Health and Human Services Command Center in Washington D.C.  HHS Secretary Alex Azar declared a public health emergency in the Carolinas ahead of Florence, and then suspended patient privacy sanctions which allows a free exchange of health information to save lives.

Information is shared among federal state and local health authorities, so that if you are a sick patient on a ventilator, for example, and the power goes off, there is a knock at your door and a health official who already knows your needs is there bringing you an emergency battery pack.

Fear, anxiety, and stress are very common among displaced people without electric power, especially those with chronic health problems.

Significant medical risks lurk in the floodwaters, especially with power lines down, which is one reason that the prodigious emergency response from HHS, FEMA, the National Guard, the U.S. Army Corp of Engineers, and the American Red Cross among other many other groups has been so important. Beyond electrocutions, falling trees, and the risk of drowning, overflowing sewers, toilets, and displaced animals contaminate the floodwaters, which quickly become sources of multiple bacterial infections/diarrheal diseases and hepatitis.

People in the area may feel they are protected from floodwaters by rain gear, boots, and hip waders, but then they track the contaminated water on this apparel back into their homes. Debris and furniture and other protruding objects lurk below the surface of the water, causing falls, wounds, and fractures which are not easily treated because of the power loss and floods. Emergency responders have difficulty reaching patients.

Health officials have learned a great deal from previous hurricanes, and the response to Florence has been effective so far. According to the White House, contributions from both the public and private sectors have led to “more than 11 million meals, 18 million liters of water, 60,000 cots, and 1 million blankets,” already in place.  In addition to over two dozen  HHS and FEMA medical assistance and rescue teams, FEMA is preparing shelters to handle over 100,000 people.

Perhaps the most inspiring story involves the Cajun Navy, a flotilla of volunteer boats formed after Hurricane Katrina that rescues stranded victims. In Tropical Storm Florence so far, they have assisted dozens of people.

The best of America is this spirit of altruism and heroism and eagerness to help those in greatest need. This co-operative spirit is being demonstrated once again with Tropical Storm Florence.

Finally, as the floodwaters abate, people will be eager to return to their homes, and may do so prematurely, risking further injury and infection and asthma from the mold forming on the walls. Fear, anxiety, and stress are very common among displaced people without electric power, especially those with chronic health problems.  This situational anxiety, while it is understandable, is counterproductive. As I wrote in my book “False Alarm: The Truth About the Epidemic of Fear,” the more worried you are, the fewer precautions you take. Calm information is the best way to survive in any disaster, including this one.