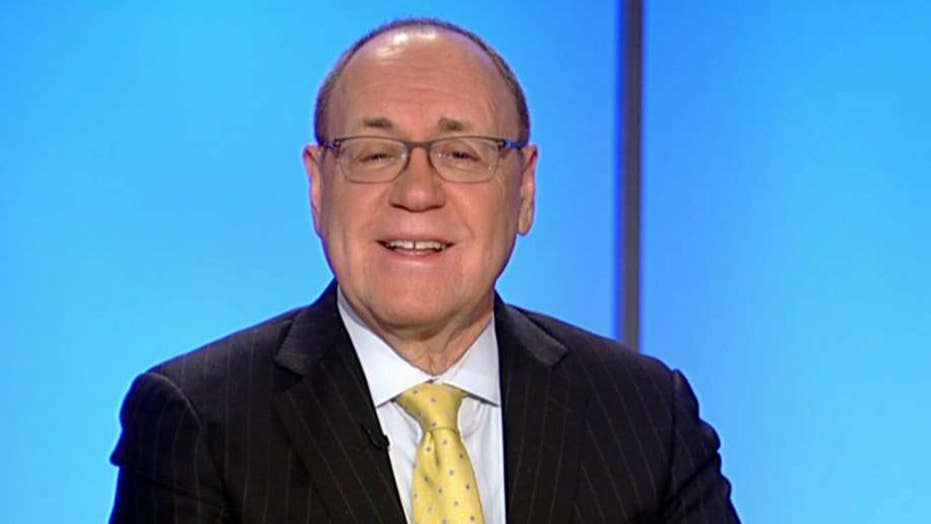 Dr. Marc Siegel on the dangers of child smartphone addiction

Alarming new reports that should concern every parent link heavy smartphone use by children to an increased rate of social isolation, depression, suicidal thoughts and even suicide.

This is, unfortunately, just the latest example of a technological advance that was designed to make our lives easier turning out to have harmful consequences.

We’ve seen this happen before. When cars replaced horses as our primary mode of transportation, traffic accidents and deaths soared. When airline travel became widespread it led to rare but costly accidents that claimed many lives. And when television and later video games were introduced, both cut the time children spent reading and playing outdoors, contributing to difficulties in school and an increase in childhood obesity.

It’s been 10 years since Apple co-founder Steve Jobs introduced the first iPhone. Today 92 percent of teens have a cellphone.

Though smartphones have made it easier for us to communicate with each other in many different formats – including social media – they have paradoxically increased the risk of social isolation. This is especially true among teenage girls, who may look to Snapchat or Instagram only to discover that a party is going on that they were not invited to attend.

And cyberbullying – something that didn’t exist until a few years ago – has caused far too many teens terrible pain, making life miserable and driving some to suicide.

The Centers for Disease Control found that from 2010 to 2015 the rate of suicide and severe depression increased by over 30 percent in teens age 13 to 18 – a stunning increase. More than 60 percent of the increase occurred in girls.

Our teens spend a lot less time today talking to each other than they did a few years ago, and a lot more time communicating with each other on their smartphones without saying a word. They post messages, photos and videos. Waiting rooms of bus and train stations, airports and restaurants are filled with teens texting rather than talking to each other.

A study recently released by Florida State University showed a strong correlation between suicidal thinking and cellphone use, with those who used electronic devices for more than five hours per day showing close to a 50 percent incidence of at least one suicidal behavior.

The study’s authors reported that “adolescents who spent more time on new media (including social media and electronic devices such as smartphones) were more likely to report mental health issues.”

Conversely, the authors reported that adolescents who spent more time away from their smartphones – engaging in activities such as sports and exercise, doing homework, reading print media, and attending religious services – were less likely to have mental health problems.

In a letter to Apple this week, Janus Partners and the California State Teachers’ Retirement System – which together own about $2 billion in Apple stock – criticized Apple for not helping to oversee overuse of iPhones by children.

The authors of the letter were concerned about the proven negative effects of heavy iPhone use including depression, sleep problems and learning problems. Apple and its defenders replied by placing the blame on parents’ shoulders.

In fact, recent research reveals that many young children in their formative years spend more time with their phones than they do with their parents.

A new report from Common Sense shows that 42 percent of children 8-years-old or younger now have their own tablet – up from just 1 percent in 2011. These children are spending 48 minutes per day with mobile devices – up from five minutes in 2011. This certainly isn’t Apple’s fault, though the company is supplying the devices. More parental control of phones would really help.

France is in the process of completely banning cellphones from lower and middle schools. This is something school districts in the U.S. should seriously consider. Another option is for schools to provide iPads or other electronic devices, restricted to school-related or independent academic work.

Other places that children attend should consider restrictions as well. For example, my children have all been to sleepaway camps where regular cell phone use is not allowed. This definitely enhances the experience and appreciation of the outdoors.

Another highly useful approach is to educate young users about proper etiquette and how to best use smartphones, tablets and computers. For example, Cyber Civics was developed by Diana Graber, an expert on digital literacy, to direct and inform middle schoolers.

Graber told me in an email exchange:  “Because Cyber Civics is taught to students weekly from 6th to 8th grades, it provides them with a ‘safe space’ to talk about and work through the complexities of their digital lives – which are many … including sometimes, feelings of isolation and depression. When we conduct activities in the classroom that address cyberbullying … we teach students strategies to reach out to those who may seem in need of help. The goal is that they learn to transfer empathetic face-to-face ‘human’ skills to the online world. Or even better yet, discover the importance of offline relationships too!”

But just as we teach our children how to drive safely before we give them the car keys, we need do a better job teaching them how to handle smartphones safely and how to develop their basic communication skills before giving them a phone of their own.