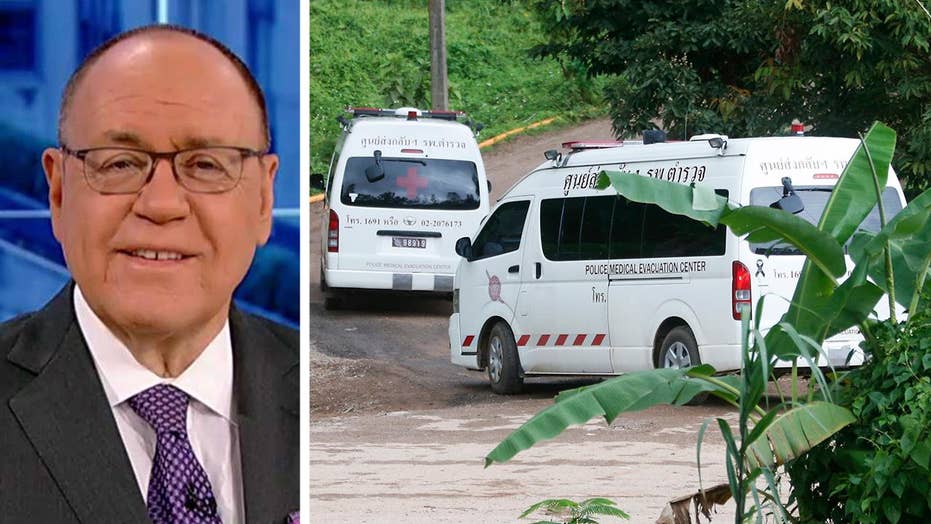 The rescue of four boys on a youth soccer team from a cave in Thailand Sunday was welcome news, celebrated around the world by viewers watching the drama unfold on TV. We hope and pray that the 18 divers continuing the operation are able to free the remaining eight boys and their coach from the cave as quickly as possible, and that all are in good health.

But after spending 15 days trapped underground, it would not be surprising to see that the ordeal has had a significant medical and psychological impact on the boys, who are ages 11 to 16, and their 25-year-old coach.

The four boys rescued Sunday were rushed to a hospital for evaluations and any needed treatment.

Fox news reported: “The conditions of the boys were not released, but the head of joint command center coordinating the search said he met with the children and described them as being in ‘perfect’ health and called today’s mission the ‘best situation.’”

We all hope that this evaluation was correct, but doctors examining the boys will be able to learn much more about the state of their health.

The boys were subject to malnutrition and dehydration for almost 10 days until they were found by divers, surviving by drinking mineralized water from stalactites in the cave. When the rescuers found them, they were immediately given food, high-calorie mineral gels and clean water. Still, the boys are likely to be suffering from the after-effects of being malnourished.

The blood of all who are rescued will no doubt be tested for liver and kidney function, blood counts and electrolyte levels. They will likely be hydrated intravenously in the hospital with a well-structured program to fully replenish them over the next several days.

The shared experience in the cave will also help members of the team overcome their ordeal. We can’t overestimate the importance of a team mentality, group cohesiveness and a positive cooperative attitude at reducing trauma and speeding recovery.

The oxygen content has been diminishing in the cave, with the amount of carbon dioxide (produced when we exhale) rising. Diminished oxygen can cause headaches, nausea, drowsiness and weakness.

If the oxygen level gets very low or the carbon dioxide level gets very high, there can be a buildup of fluid in the lungs with insufficient oxygen delivered to the vital organs. The boys are likely getting further oxygen treatment in the hospital, with their lung function and oxygen saturation levels monitored closely.

Very low oxygen levels – worse than those experienced in the Thai cave – can lead to brain damage and even death. Falling oxygen levels in the cave were one of the factors prompting divers to begin bringing boys out Sunday from the flooded cavern.

The boys who have been freed and all others who make it out of the cave will be checked for gastrointestinal infections from contaminated water and imperfect personal waste disposal.

In addition, exposure to bat or bird droppings in a cave can cause a fungal lung infection called histoplasmosis. The exposure can also cause a bacterial infection called psittacosis, which produces symptoms including cough, fatigue, fever and, nausea.

Wound infections the boys received appear to be minor at this point, but the boys will be examined carefully for previously undiscovered wounds that may have gone undetected in the dark cave where they were trapped.

After 15 days underground, never seeing sunlight, any person’s circadian rhythm – commonly known as the body clock, or sleep-wake cycle – would be thrown out of whack. This could cause the boys to have difficulty accurately assessing the passage of time, problems sleeping and hypersensitivity to light. These effects are temporary and should be completely reversible.

Psychologically, the trapped boys will be at a high risk of post-traumatic stress disorder (PTSD) after living through their underground nightmare, where they faced the possibility of never escaping.

The boys may experience flashbacks to their entrapment, nightmares, sudden episodes of fear, and behavioral and personality changes as a result of the trauma they suffered. Those with a previous history of a mental health problem will be more prone to these effects.

Effective treatments for PTSD include cognitive behavioral therapy, which focuses on examining thoughts, feelings, and behavior connected to the trauma. Effective medications include anti-depressants and beta blockers, as well as experimental treatments.

The sooner PTSD is addressed in children, the quicker and more effectively they will recover, and the more normal their behavior and function will be going forward.

The shared experience in the cave will also help members of the team overcome their ordeal. We can’t overestimate the importance of a team mentality, group cohesiveness and a positive cooperative attitude at reducing trauma and speeding recovery.

Bonds of friendship between the boys will deepen from this shared experience and joint struggle to survive. These will tie the rescued boys together for the rest of their lives in ways that can help them heal.

In all, more than 50 divers from many nations – including the U.S. – joined 40 Thai divers and many other rescue workers, physicians and other medical personnel to rescue the trapped boys and their coach.

Those who have been freed are no doubt getting the best medical treatment Thailand and outside doctors can provide. Hopefully, their teammates and coach will soon join them and begin their journey on the road to recovery.