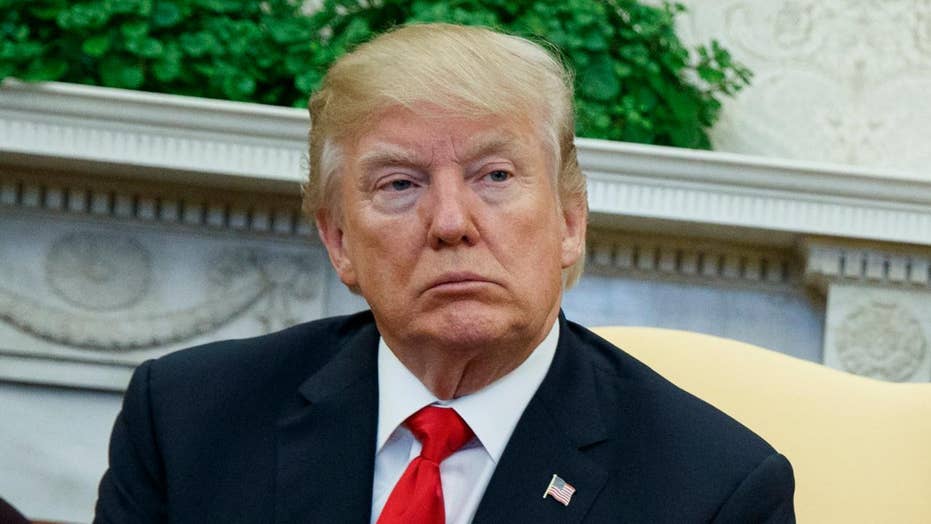 Trump reacts to contents of Nunes memo: It's a disgrace

President Trump weighs in on allegations that the FBI used the dubious anti-Trump dossier to get permission from the FISA court to eavesdrop on Trump campaign and transition team communications.

With the release of the House Republican memo Friday accusing the FBI and Justice Department of improperly using their surveillance authority against the Trump presidential campaign, I have a number of serious concerns.

Like most, I am concerned that the Foreign Intelligence Surveillance Act (FISA) Court relied on a partisan political document – known as the Steele dossier – that was funded by the Hillary Clinton presidential campaign and the Democratic National Committee to arrive at its judgment to permit surveillance of a former Trump campaign adviser. I am certain many will weigh in on this aspect of the issue.

My greatest concern, however, is more fundamental. I worry about the consequences that the release of this memo has on the integrity and independence of our criminal justice system.

No doubt there are issues with the operations of both the FBI and the Justice Department throughout the course of the 2016 presidential election and during the course of the investigation by Special Counsel Robert Mueller in Russian meddling in the election.

But I would be deeply disturbed and worried if the result of the release of this memo led to the resignation or replacement of either FBI Director Christopher Wray or Deputy Attorney General Rod Rosenstein.

For the stability and the integrity of our system it would be deeply destructive to both the FBI and the Justice Department for their top leadership to depart, despite allegations of misconduct in the Republican memo. Many Democrats in Congress have sharply criticized the conclusions of the Republican memo.

The Justice Department and the FBI need to be independent. But of course, we need to get to the bottom of any problems with their conduct.

For these reason, I believe that we now need to release of the Democrats’ rebuttal memo that I understand Rep. Adam Schiff, D-Calif. and his staff have prepared.

I will understand that – as with the Republican memo prepared by staffers for the House Intelligence Committee, chaired by Rep. Devin Nunes, R-Calif. – there will be concerns for national security with the release of the Democratic memo.

But the best – and indeed only – way to determine potential inaccuracies or misleading statements in the Nunes memo is the release of the Democratic counter-memo and a full discussion and public debate on the entire subject.

Again, there are many competing concerns here, not the least of which is national security. But for me – as an American and a patriot who puts his pride in America ahead of partisan identity – I am much more concerned today with the stability and integrity of our criminal justice system than I am with playing “gotcha politics.”

Sen.  John McCain. R-Ariz., was exactly right Friday when he stated that the Republican memo serves “no American interests – no Party’s, no President’s, only (Russian President Vladimir) Putin’s.”

The threats posed by Russia to our democratic system and values could not be more real.

At times like this, we must embrace transparency and the democratic values that unite us.