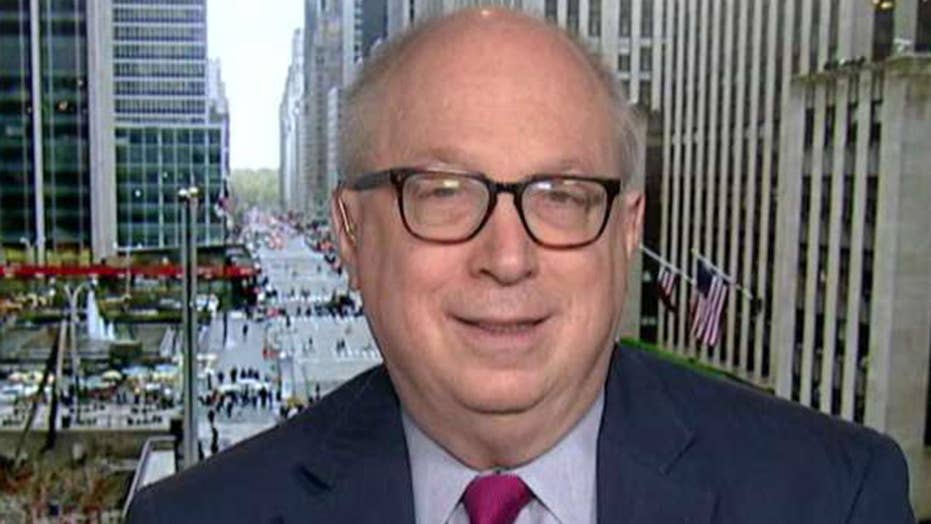 Voters want to hear about unemployment, heath care and the issues that matter to them, Fox News contributor Doug Schoen argues.

In the days since the final Mueller report was released, there have been renewed calls among some of the loudest voices in the Democratic Party to pursue impeachment hearings against President Trump in the Democratic-controlled House Judiciary Committee.

Harris stated she believes, “Congress should take the steps towards impeachment,” while Warren took her rhetoric a step further suggesting, “If any other human being in this country had done what's documented in the Mueller report, they would be arrested and put in jail.”

I, however, believe that it would be wrong for the Democrats to pursue impeachment for three fundamental reasons.

First, it is clear and obvious from the outset that the impeachment proceeding will fail. Not only is it no guarantee that impeachment would pass the marginally Democratically-controlled House of Representatives, but the Republicans continue to control the Senate and would assuredly defend the president of their own party by rejecting impeachment.

The second reason Democrats must not pursue impeachment is a simple example from recent history of the electoral consequences of attempting to impeach the sitting president. As an adviser to President Clinton between 1994 and 2000, I both observed and helped guide the president through many Republican-motivated partisan attacks on his executive leadership, especially impeachment proceedings of his own.

At the height of the partisan impeachment threats against President Clinton, as well as Republicans’ public attacks against the president during the Lewinsky scandal, our party managed a historic midterm elections victory in 1998, marking the first time in American history that a president gained seats in the House in the second term of his presidency.

Put another way, voters rejected the impeachment proceedings, as well as the character assault against the president, and swung him an important electoral victory.

Third, and possibly the most important reason, Democrats must not pursue impeachment proceedings because they will distract from the essential job of leading and legislating.

If the Democrats are to be a success in 2020 and beyond, either by increasing their majority in the House, winning back Senate seats, or even winning back the presidency, they must advance an effective set of alternative policies to what the Republicans have both offered and enacted over nearly the past decade.

A critically important place to start would be outlining an inclusive plan for economic growth. Despite public opposition to the Trump Tax Cuts of 2017, as well as clear uncertainty about the economic merits of the bill, the Democrats have failed to articulate a compelling alternative that puts lower-and middle-class Americans first. This must, of course, be done by advancing a new tax policy that will not only support these Americans in practice but one that actually has an opportunity to become law.

Another important policy area where Democrats must direct their focus, instead of pursuing impeachment, is prescription drug pricing reform. The Democrats in the House majority would be better served by reaching across the aisle and working with Republicans to deliver for patients, especially seniors, rather than attempt to remove President Trump from office.

By finding effective ways to lower the cost of prescription medication, such as requiring drug companies, insurance companies, and hospitals to disclose real prices, as well as increasing competition in the market to bring costs down without adding unnecessary regulation, the Democrats can continue to succeed on the issue of health care, which in many respects helped win them the House in 2018.

Lastly, the Democrats must pursue a compromise on immigration not only to take the issue off the table for President Trump and the Republicans but to do what is right for the millions of undocumented immigrants in our country striving for the American dream. The longer House Democrats push off the tough business of legislating and driving compromise on immigration, the longer these vulnerable communities will anguish.

If the Democrats can formulate an effective plan to accomplish these priorities, their party, and more importantly the American people, will win in 2020 and beyond.