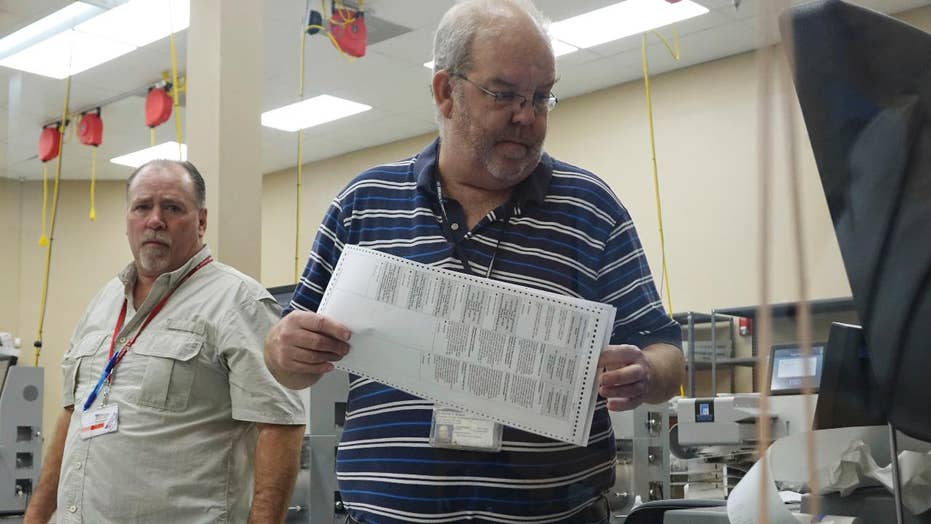 The 2018 election results in Florida are bringing back memories from the state’s recount following the 2000 presidential election. My position today remains unchanged from what it was then: count every vote.

A week has passed since Floridians cast their ballots for governor and U.S. Senate, yet the close margins in both races continue to prevent the races from being called.

Despite Democratic gubernatorial candidate Andrew Gillum initially conceding the election, Gillum’s decision to rescind his concession underscores that uncounted ballots may swing this race to either candidate.

MIDTERM ELECTIONS: DEMOCRATS, IT WOULD BE A CATACLYSMIC ERROR TO MAKE PELOSI YOUR NEXT HOUSE SPEAKER

At question in the gubernatorial race is primarily Broward County.

Broward County has been a focus of controversy over the past week due to claims from current Governor, and Senate candidate, Rick Scott who says that Broward County Elections Supervisor Brenda Snipes has been involved in a wide variety of unlawful acts.

I disagree with Governor Scott’s assessment and I firmly oppose all calls to end counting because, fundamentally, every vote should be counted. And since the gubernatorial election remains within less than one-half a percent, there should be a recount, too.

There is nothing more important than making sure that voters’ voices are heard.

Further, the issues in Broward County increasingly do not seem to be an issue with ballot counting, but rather a human error in terms of the actual ballot layout. Similar to the 2000 election, poor ballot design may have resulted in thousands of voters missing the section of the ballot featuring the Senate candidates altogether.

Those blank ballots, in addition to the Senate race being within less than 0.25 points, make the case for a recount all the more important.

But Florida isn’t the only state that remains unable to finalize statewide results.

Arizona, a state that had a significant amount of early voting, is grappling with the demands of counting all ballots submitted and ensuring there are no duplicates.

Michele Reagan, the Secretary of State for Arizona, explained, “One of the major reasons it takes time to count ballots is that there are hundreds of thousands of early ballots dropped off at the polls on election day – approximately 320,000 statewide this time. The counties are currently working to verify the signatures on each and every one of those early ballots before they can be tabulated.”

In the wake of Russian hacking controversies surrounding the 2016 election, I applaud Reagan’s efforts to ensure that the election in Arizona is conducted in a fair and secure matter.

While early voting has contributed to delays in getting a final vote tally, my position again remains unchanged: count every vote.

Vote counting in Florida and Arizona, while a painstaking and drawn-out process, only reinforces why every vote needs to be counted. Not only is it true to the democratic principles on which our government is formed, but the strength of the to-be-determined elected officials’ leadership mandates also depend on it.

Let us not forget that George Bush won Florida in 2000, and ultimately the presidency, by a margin of 537 votes. As his successor Barack Obama once famously put it, “Elections have consequences.”

There is nothing more important than making sure that voters’ voices are heard. Let them count every vote, and even recount them if that means that we can rest assured that every voice is heard.