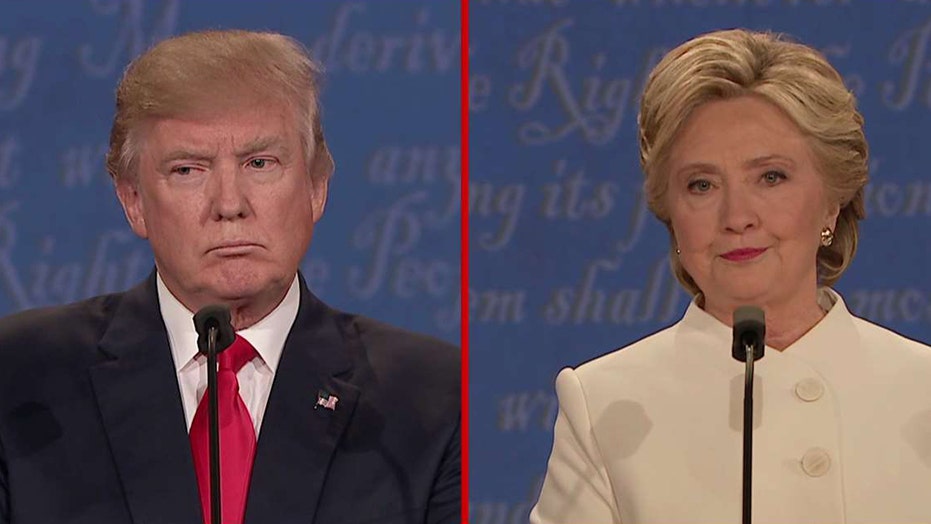 Part 1 of third presidential debate at University of Nevada

At Wednesday night’s debate in Las Vegas, Donald Trump showed us that he does know how to prepare for a debate.

He just should’ve done it sooner.

The evening was by far and away his best performance. Trump hit on all the major themes that his campaign is built upon: economic growth, strong national security, fighting illegal immigration, changing the direction of the country by fighting special interests, corruption and bureaucracy as well as ensuring a Conservative Supreme Court. He had especially good moments in criticizing Clinton’s foreign policy record and her email practices as well as Obama’s failed policies at home and abroad.

He no doubt took a page out of his running mate Mike Pence’s playbook -- who performed so well in the vice presidential debate just a few weeks ago.

Trump had especially good moments in criticizing Clinton’s foreign policy record and her email practices as well as Obama’s failed policies at home and abroad.

He didn’t go off on too many tangents and while Clinton dished out plenty of red meat to get him to explode, he stayed out of the fray more or less.

Trump was certainly more frustrated in the second half of the debate than in the first when he was relatively calm, but this wasn’t close to the explosive Trump we saw in the first debate.

It’s just unfortunate that he chose to challenge the veracity of the democratic process in America because that may well be the only thing people remember about this debate.

Indeed, when Trump said that he won’t necessarily accept the results of the election he made history as the first major party candidate to say something like this before an election. And history will always look back on this with horror.

Not only are Trump’s claims about election rigging unfounded – studies have shown that 31 instances of voter fraud out of a billion votes cast between 2000 and 2014 – but they’re incredibly dangerous and preview serious unrest after the election.

Comments like this also show why Donald Trump didn’t do anything to turn around the race this evening. He has been bleeding support from white college educated women who are certainly not going to be heading back into his camp after he called Clinton a “nasty woman” and told a series of lies about his treatment and statements about women.

I also don't see much in his performance that will appeal to independent swing voters who have been moved over to Clinton’s camp because of questions on his judgment and temperament. Saying that he won’t necessarily accept the results of the election does him no good in that arena.

And for her part, Clinton was exactly what she needed to be. She was reliable, steady and knowledgeable. She gave strong answers on making the economy work for average Americans and hit him hard on his taxes, foundation and economic plan which would cost America over three million jobs and add trillions to the debt.

She was weak on her response to moderator Chris Wallace’s question on her Goldman Sachs speech wherein she said that she wanted a common market by pivoting to Russian hacking. But then again, at this point, it’s only Trump’s base that really cares about these issues.

The untrustworthy numbers are baked in and Clinton is still leading by six to eight points. And that is unlikely to change.

It follows that we may very well have seen the end of the election on Wednesday night.

Trump needed to expand past his base and he most certainly did not do that. All he did was force Republicans to come out in defense of the democratic system in the coming days. That doesn’t win elections.