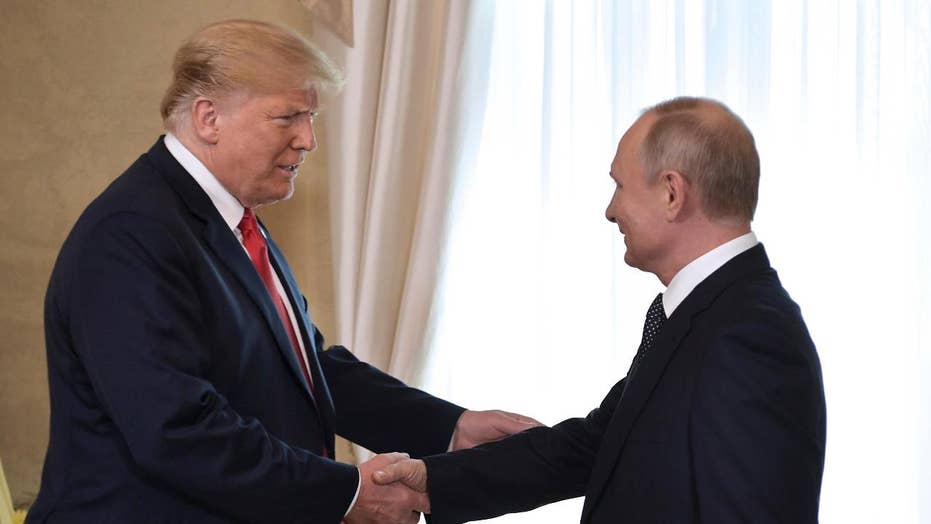 Trump has been judged harshly based on short-term tactics: Stephen Yates

President Trump has shown once again that he does not take a conventional approach to diplomacy. As a result, much of the lead-up to his summit and press conference with Russian President Vladimir Putin in Helsinki on Monday was absolutely alien to those of us who staffed similar events in previous administrations.

The political and media earthquake of dire reactions coming after the summit was also off the charts. All that was missing was Chicken Little screaming hysterically that the sky is falling.

That said, the objective of the summit was absolutely conventional: to explore whether we have sufficient national interest and the leadership will to take a very unhealthy relationship with an important nation out of a well-worn rut and move it in a more constructive direction. Both Democratic and Republican presidents have engaged multiple competitors and even adversaries in summitry in pursuit of nothing more than this basic objective.

President Trump appears to be returning to more of a realist approach to foreign policy that appealed to so many in the past, in a break from Obama administration policies. For all we know, important progress may have been made between Trump and Putin when they met behind closed doors, but we are left to react to what was seen in public – primarily their press conference.

Many politicians and experts have been mistaken in drawing broad strategic conclusions (usually dire) based on reaction to short-term Trump tactics, such as a fiery tweet or a candid offhand remark to reporters. This may be the case with the tidal wave of criticism directed against President Trump after the summit press conference.

The blowback the president has received to his blunt words has at times created domestic and foreign policy problems. This has blinded politicians and experts in their assessment of election results, tax reform passage, getting NATO members to pay more for their own defense and other developments. This could well be the case with the rush to judgement on this summit.

Done right, summits like the Trump-Putin meeting are an important part of President Trump's promise to break with Clinton, Bush and Obama policies – and return to realism, burden-sharing and rebalanced terms of trade.

At this point, we have no way of knowing whether this process was stillborn Monday or whether the summit marked the beginning of a new approach that will bear fruit in the months and years ahead.

Meaningful progress in meeting the foreign policy challenges we are faced with – in Syria, Iran, North Korea, China, Ukraine and elsewhere – is more likely with less hostility and more cooperation from Russia. Cooperation is therefore worth exploring, even if skepticism is warranted. That is the stuff of old-school great power politics that events like the summit Monday are meant to revive.

It’s clear, however, that President Trump did not have his best performance Monday projecting his vision from a position of strength and conveying the message that Putin must make strategic choices or face dire consequences. In contrast, President Trump did effectively convey this message when he met with North Korean dictator Kim Jong Un in Singapore.

My sense is that President Trump has something he wants from Putin (perhaps on Syria) quickly and was in his "deal mode" Monday. That may have affected his public posture in the press conference, when he came across as more forgiving than warranted in terms of known Russian misdeeds.

I believe in the direction President Trump intends to go, if all of the noise in our system (some of it justified) does not overtake the process.

It’s understandable that the media and the public want instant assessments of everything the president does – like seeing the ending of a film or TV show after just a short time.

But I have long counseled leaders not to draw long-term conclusions based on short-term tactics or events involving President Trump. We should all keep that in mind when evaluating his press conference performance.

The Helsinki summit was the opening of a multiple-act drama between the presidents of the U.S. and Russia. In the end, results – or the lack thereof – will speak louder than Monday’s spectacle. We’ll have a much better idea of the significance of the summit six months or a year from now than we do today.