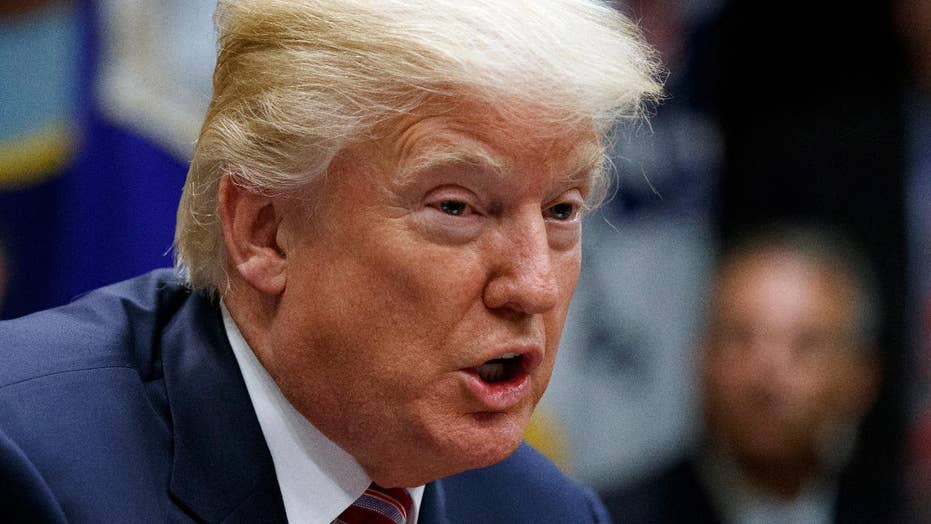 In the wake of the NYC truck attack, President Trump repeated his desire for 'extreme vetting.' Here’s a look at how several members of congress have responded.

What these armchair historians often fail to say, however, is that President Reagan’s support for amnesty was part of a compromise that his congressional counterparts reneged on. In exchange for amnesty, Congress was supposed to fund and enforce the other half of the deal to make it unlawful to hire or recruit individuals illegally residing in the U.S. The compromise would have required employers to attest to their employees’ immigration status.

However, no successive Congress since the Reagan years – regardless of which party held the majority – has ever lived up its side of the bargain. Democrats fear uproar from immigrants’ rights groups and organized labor. Republicans fear angering employers who count on cheap immigrant labor to fill low-paying, low-skill jobs.

While Republican leaders today might emulate President Reagan’s willingness to compromise in the interest of halting the flow of illegal immigration, they would be wise to also learn from his experience. Were President Reagan around to advise Republicans today, he might remind them of the old adage: “Fool me once, shame on you. Fool me twice, shame on me.”

While it’s possible that President Reagan might still support a compromise today that includes a path to lawful status for immigrants here illegally, it’s a certainty that he would withhold that opportunity until Congress actually acts to dramatically reduce or eliminate the flow of illegal immigration into the U.S.

A “Reaganesque” immigration reform package for today’s world would blend a willingness to compromise with an application of the lessons learned from 1986. It would prioritize border security before granting amnesty or a path to citizenship.

Ronald Reagan was a fan of big, bipartisan, blue-ribbon commissions formed to tackle particularly tough issues outside the realm of congressional compromise. Fox example, a signature piece of legislation signed by President Reagan that saved Social Security in 1983 was the direct result of the recommendations of his National Commission on Social Security Reform.

Such commissions were useful because they took hot potatoes out of the hands of Congress and put them into the hands of a bipartisan group created with the sole aim of finding common ground.

Creating an immigration commission would be a way for President Trump to reach across the aisle to ensure that whatever agreement is made on immigration is bipartisan and earns enough support to avoid a Senate filibuster.

As a student of the Reagan presidency who lived through the immigration debates on Capitol Hill during the Reagan years – and speaking for myself, not the Reagan Foundation – I’ve come to believe that a Reaganesque deal on immigration today could be structured around a provision that no amnesty or path to citizenship would be granted until such a blue-ribbon commission certifies that:

Upon achieving the above goals, illegal immigrants on an approved list with no criminal history would be granted amnesty.

How many immigrants here illegally would make it onto approved list and who would get on it?

A compromise plan might offer amnesty and an eventual pathway to citizenship for 3.2 million undocumented immigrants – the same number granted the privilege under President Reagan’s reforms in 1986.

If 3.2 million was appropriate for Reagan, it should be sellable today. Democrats will want to raise that number substantially. Republicans can determine how hard to hold the line to establish a solid bipartisan consensus.

A blue ribbon commission might have better ideas. But no doubt it could be tasked with prioritizing qualifications – such as military service, “Dreamer” status, special work skills, or something else – for inclusion in the number of immigrants accepted.

Once the commission certifies to Congress that the border wall is complete, those granted amnesty could legally apply for citizenship. All of those who reside in the U.S. illegally and do not apply for inclusion under the plan or who are not admitted under the cap for amnesty would need to self-deport by a certain date. They should be given enough time to arrange their affairs and safely and expeditiously return to their country of origin.

Ronald Reagan embodied the idea of a “compassionate conservative” before it was a popular term. As he said in a 1984 debate: “I believe in the idea of amnesty for those who have put down roots and who have lived here, even though some time back they may have entered illegally.” But he also knew the importance of enforcement and of learning from one’s mistakes.

Though he might support a path to legal status for today’s illegal immigrants, it’s difficult to imagine that President Reagan would repeat the mistakes of the 1986 immigration deal. Today’s Republican leaders who would follow in his footsteps should pursue a plan that puts enforcement first.

John Heubusch is the executive director of the Ronald Reagan Presidential Foundation and Institute and author of the best-selling novels, "The Shroud Conspiracy" and "The Second Coming."