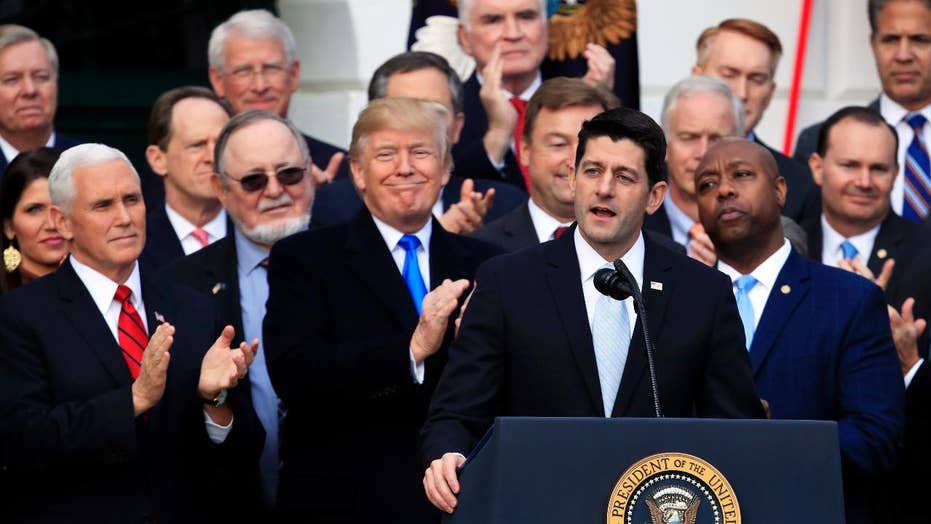 The polls sponsored or cited by news organizations indicate that only between one-third and half of all Americans support the tax cuts signed into law Friday by President Trump. But the first thing to remember about these polls is that they were conducted by the same pollsters who told us Hillary Clinton would be elected president last year.

However, there may be some truth to the finding in the polls that many Americans have an astounding ignorance of economic history. This needs to be addressed.

The economic concepts involved in the justification of the new tax cuts are not difficult to understand. However, the interpretation given by Democrats to justify their opposition to the tax reductions is being accepted much more widely than the Republican rationale in favor of tax cuts.

Ever since Democrat Franklin Roosevelt won the presidency in 1932 by blaming the Depression on the perfidy of large corporations, Democrats have preached that government is the answer to all our troubles and that high tax rates are required to pay for government. If you accept this premise, you wind up concluding that corporations are bad and government is good.

The middle class will see its main benefits from the expansion of the economy – higher wages, more price competition, more new businesses and more money floating around.

2)      Economic expansion requires more investment capital. Building factories, buying trucks, and developing new products can’t take place without “seed” money – money spent before anything is produced to generate new income. For example, a company can spend millions of dollars building an auto factory before the first car rolls of the assembly line and can be sold.

3)      When taxes are kept low, less money is taken from profits to give to the government. That means businesses have more money. But the shareholders of companies demand productive uses of the extra money – they don’t want it sitting in a low-interest bank account. Why not? Because expanding the company increases the value of their stock, while hording or even distributing cash reduces asset value and thus the price of the stock.

4)      Consequently, company executives spend the extra money on projects that they believe will add to the growth of the company. This means expansion of some kind – whether expansion of product line, facilities, equipment, or advertising. Any kind of expansion means more people are hired to fill more jobs.

5)      New products, new ideas and new procedures all require employees with new skills. So the training departments of companies, programs at colleges and vocational schools, and retraining programs of all kinds flourish because of new needs and new markets.

The above five facts lead to a clear conclusion: tax policy that sparks economic expansion is a very good thing for everyone, not just for corporations and the rich.

The real value of tax reductions is not that they lower personal income tax rates or raise deductions. The middle class will see its main benefits from the expansion of the economy – higher wages, more price competition, more new businesses and more money floating around.

The Democratic idea – that middle-class support for tax policy depends on how many dollars an individual will save with a tax cut – is totally misplaced. What are a few dollars less in my taxes compared to the new job I just got, or my raise, or the new business I just started?

The underlying problem with the socialist view of the economy is that socialism views the economy as static – the classes never change: the poor will always be poor, the rich will always be rich, and the middle class can never become rich but is always on the cusp of being poor. Thus, the rich are the enemy of the other classes, because they must keep the other classes down to maintain their own riches. This is a pie that never gets bigger.

But Americans don’t believe in socialism. We think the pie can get bigger, and that any poor person can become rich, with talent and hard work. Americans have what is called “upward mobility” – the opportunity to change one’s place in society, to become richer, smarter, happier and healthier.

The government can’t do that. Only you and I and our fellow Americans can expand our lives. And expanding our economy helps – a lot!

Lawrence J. Fedewa, Ph.D., is a commentator on political and social issues, a frequent guest on radio and television, a newspaper columnist and author. His most recent book is a memoir of his journey from a Catholic seminary to a happy marriage titled “Inside: The Early Years.”