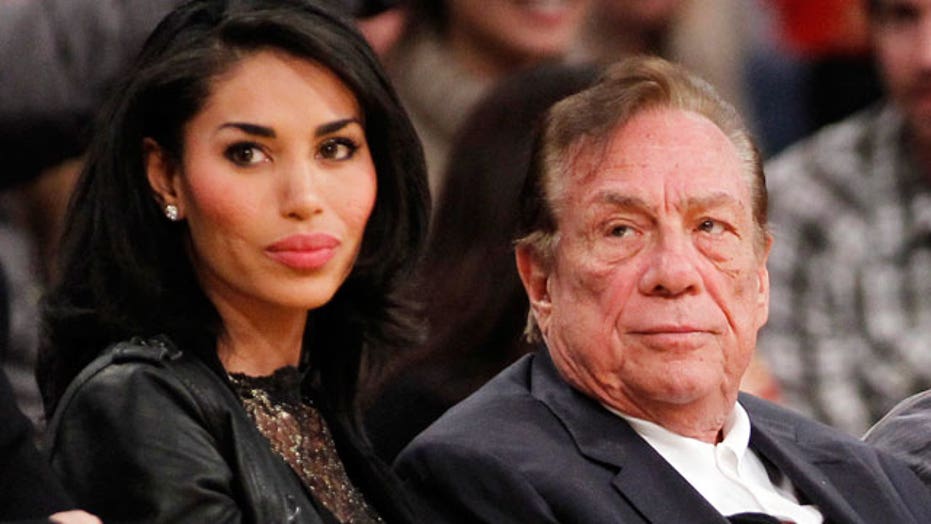 Donald Sterling is a racist. So says everybody. And from the tapes released so far, it sure appears that the shoe fits.

The reaction to Sterling’s remarks has been swift and strong:

Magic Johnson, on the other hand, had a classy response saying he would be interested in buying the Clippers.. a class act especially since Magic was one of the “blacks” Donald Sterling had a problem with his gal-pal bringing to the Clippers games.

Charles Barkley declared the NBA a “Black League”… The Round Mound of Rebound always speaking his mind.

And then there’s this guy: The “Reverend” Al Sharpton (a.k.a. FBI informant C-7).

Al Sharpton has called for the “removal” of Donald Sterling from anything NBA.

The Reverend Al seems to find a way to insert himself into the debate whenever race is in play.

He has a full deck of race cards and has made a career out of playing them at just the right time.

Here’s the rub: Al knew about Sterling’s race problems in the past..

The Reverend admitted to knowing all about Sterling’s ”multi-million dollar discrimination lawsuits in the past.”

Anybody in the know knew of Sterling’s racist past.

Given those admissions, one would have to ask:

Why would the NAACP honor Donald Sterling with their “Lifetime Achievement Award”?

Why would Al Sharpton agree to headline the same dinner honoring a racist like Sterling? (Check out the invitation to the dinner here.)

Why isn’t MSNBC asking these questions? Maybe because it exposes Al Sharpton for what he is -- a race baiter who loves the limelight so much that he was willing to break bread and be recognized alongside someone “he knew was a racist.”

And here's one final question for liberals, progressives, Democrats, David Gregory, Chris Matthews, Scott Pelley, 60 Minutes hosts, the MSNBC line-up, The New York Times, Media Matters, all of you: If Donald Sterling was being honored by the Koch brothers or the Tea Party, what would you be saying and writing in the media? Will you now apply that same standard to the NAACP and the Reverend Al Sharpton in this case?

I hope so.. but I’ve learned that “hope” (and change) aren’t always what they’re cracked up to be.

Meanwhile, how's this for irony? Sterling may be forced to sell the Clippers. He bought the team for a mere $12.5 million in 1981. The team is now worth nearly $600 million -- thanks mostly to the “blacks” Sterling trashed in his rant to his 38-year-old girlfriend.

I am a free market Libertarian who believes in the efficiency of the free market. I believe Donald Sterling should sell the Clippers ASAP!

There are several groups interested in taking over a growing, successful NBA franchise. It’ll be a huge win for the acquirer of that deal.

If Sterling tries to stay, that team will slide out of existence. Advertisers like CarMax, Virgin Airlines and Red Bull have already indicated they will likely cut ties with Sterling.  Not to mention free agents (who are essential to any winning team) would likely choose to be “free” elsewhere.

Black or white, I can’t imagine choosing to work for this guy.

I spent decades making financial decisions. There is only one decision for Donald Sterling right now… SELL the Clippers to Magic Johnson or anyone willing to promote race relations in an America struggling to figure out what to do with race baiters like Al Sharpton.

If Magic Johnson doesn’t work out, I am interested in the Clippers. I could get a group of investors who would bring a true American team to the NBA. One that focused solely on winning not the color of anyone’s skin.

After all, the only colors that matter are Red, White and Blue.. (and green).