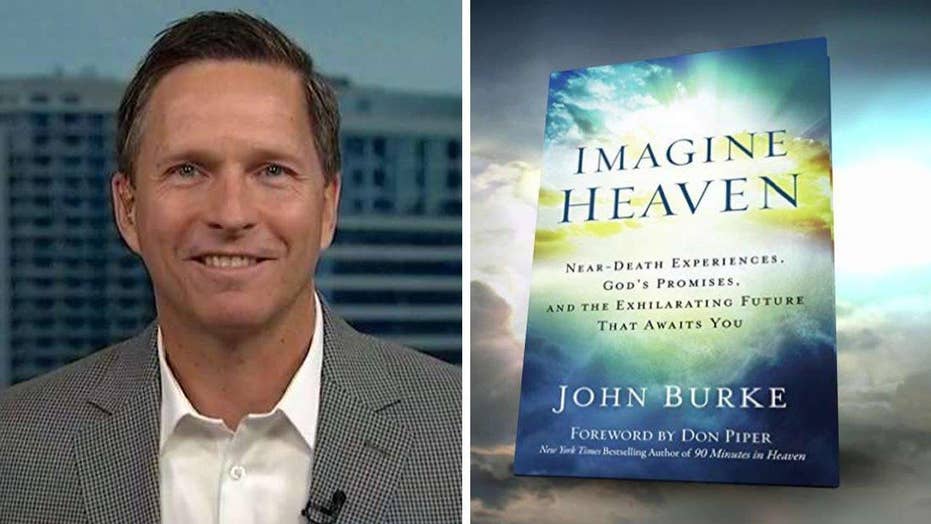 'Imagine Heaven' author wants you to kick off 2016 with hope

For nearly 2000 years, people around the globe have annually celebrated the first Easter Sunday, when the followers of Jesus claimed he rose from the dead. In our modern, scientific age, many see resurrection as nothing more than an ancient myth, but 21st century science and medicine may actually provide evidence for the validity of that first Easter.

Modern medicine is bringing back more and more people from clinical death. The Gallup poll found approximately one in 25 people have had a near-death experience (NDE), reporting to have seen heaven or the afterlife before being resuscitated. After studying close to 1000 NDEs, I wrote "Imagine Heaven" to show the incredible commonalities across professions, ages, and cultures. They may even shed light on that first Easter.

Those who have had an NDE agree on one commonality more than any other—life exists beyond the grave.

More than 900 articles on NDEs have been published in scholarly literature like the Journal of the American Medical Association and Psychiatry, many showing NDEs as evidence of consciousness beyond death.

The U.K. medical journal, The Lancet, described a cardiac arrest patient brought into the hospital flat-lined. A nurse removed his dentures in the ER before defibrillation. Though they restored his heartbeat, the patient remained unconscious for the next week.

Yet when he came to in another room, he claimed he had left his body while in the ER. He accurately described his resuscitation, the ER staff, and where his lost dentures could be found—in the lower crash cart drawer.

Through my research I discovered many such accounts of verifiable observations that convinced skeptical doctors that life exists beyond the grave.

The eyewitnesses of that first Easter claimed they saw Jesus alive. The crucifixion of Jesus under Pontius Pilate is a well-attested historical fact, but the resurrection is harder to swallow.

Jesus’ disciples purport he appeared physically to them, ate fish, and Doubting Thomas touched him. But that would imply a tangible, physical life beyond death.

Jesus told his followers the night before the crucifixion “I am going to prepare a place for you…so you will always be with me where I am” (John 14:2-3). He claimed life after death was real life—eating, drinking, laughing, hugging, creating--life in abundance.

NDErs say this earthly life feels like a shadow of the real life awaiting us. Harvard neurosurgeon Eben Alexander, author of "Proof of Heaven," thought life ended with death—until his own NDE. “I know the difference between fantasy and reality, and I know that [my NDE] experience…was the single most real experience of my life.”

Around the globe, NDErs commonly see a Brilliant Being of Light they know is God, brighter than the sun, yet personal and captivatingly beautiful. They feel more loved, accepted, and known by him than they’ve ever felt.

Hazeline in Singapore said, “A voice came from that bright light…I felt that someone loves me very much.”  In India, they don’t describe the impersonal Brahma, but a personal, loving, Man of Light in a white robe. Osis and Haraldsson studied 500 Indian NDEs noting, “Hindu ideas of the afterlife were never portrayed in the visions of the Indian patients…[In Indian NDEs] the man with the ‘book of accounts’ is always pictured as a benign ruler. An aura of sacredness rests upon him regardless of whether he is called ‘the man in a white robe’ or ‘God.’”

That first Easter, the Pharisees had Pilate set a Roman guard at the tomb to make sure the body was not stolen by the followers of Jesus. The guard claimed a brilliant light burst forth, rolling away the stone.

A few years later, a Pharisee who was arresting followers of Jesus encountered a Brilliant Light and a voice from Heaven. Paul asked, “Who are you, Lord?” The voice in the Blinding Light replied, “I am Jesus, whom you are persecuting” (Acts 9:5).The Apostle Paul went on to write much of the New Testament.

John, who wrote the book of Revelation, claimed the risen Jesus appeared to him: “He was wearing a long robe with a gold sash across his chest…and his eyes were like flames of fire…and his face was like the sun in all its brilliance” (Revelation 1:13-16).

Centuries before the first Easter, Plato wrote of a soldier who had an NDE.[Plato’s “Republic” speaks of a soldier having an NDE, so this is not new, but modern medicine is making it far more common.]

The ancient Jewish prophets described this same Brilliant Man of Light. Daniel says “there before me was a man dressed in linen, with a belt of fine gold…his body was like topaz, his face like lightning, his eyes like flaming torches (Daniel 10:5-6).

Ezekiel describes Heaven saying, “on the throne was a figure like that of a man…he looked like fire; and brilliant light surrounded him…this was the appearance of the likeness of the glory of the Lord.” They called him the Messiah or Son of Man. Some think he was the pre-incarnate Jesus.

Could this Brilliant Being of light and love NDErs experience be the risen Jesus? Jesus said, “I am the light of the world. Whoever follows me will never walk in darkness, but will have the light of life” (John 8:12).

Maybe there is more to the claim than just ancient mythology: He is risen!