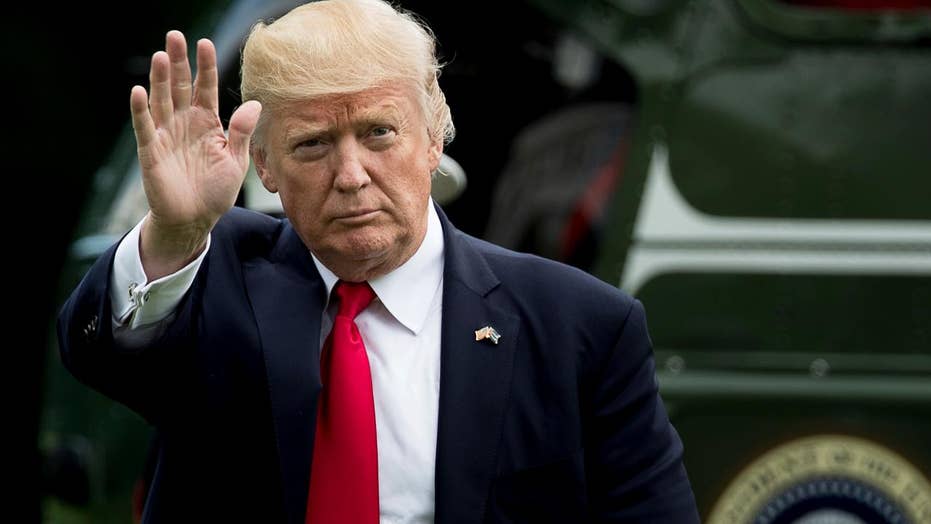 How are Trump supporters reacting to investigation reports?

Editor’s note: This article was originally published by Gatestone Institute.

My academic and political colleagues who insist that President Trump has obstructed justice point to his allegedly "corrupt motive" in firing former FBI Director James Comey after telling him that he "hoped" he would end his investigation of General Michael Flynn. They concede – as Comey himself did – that the President has the constitutional authority to fire the director and to order him to end (or start) any investigation, just as he has the authority to pardon anyone being investigated. But they argue that these constitutionally authorized innocent acts become criminal if the President was "corruptly motivated."

This is a dangerous argument that no civil libertarian should be pressing. Nor would they be pressing it if the shoe were on the other foot. If Hillary Clinton had been elected and Republicans were investigating her for asking the Attorney General to describe the investigation of her as a "matter" rather than a "case," my colleagues would be arguing against an expansive view of existing criminal statutes, as they did when Republicans were demanding that she be locked up for espionage. The same would be true if Bill Clinton or former Attorney General Loretta Lynch were being investigated for his visit to her when she was investigating his wife's misuse of email servers.

"Corrupt motive" is an extraordinarily vague and open-­ended term that can be expanded or contracted at the whim of zealous or politically motivated prosecutors. It is bad enough when this accordion­like term is used in the context of economic corruption, but it is far worse – and more dangerous to liberty – when used in the context of political disagreements. In commercial cases where corrupt intent may be an element, the act itself is generally not constitutionally protected. It often involves a grey area financial transaction. But in political cases – especially those not involving money – the act itself is constitutionally protected, and the motive, which is often mixed, is placed on trial. It becomes the sole criteria for turning a constitutionally authorized political act into a felony.

Using the concept of "corrupt motive" to criminalize constitutionally authorized political actions is a dangerous double-­edged sword that can be used against both Democrats and Republicans by politically motivated prosecutors.

I know because I am currently being accused of being corruptly motivated in making my argument against charging President Trump with obstruction of justice. My emails are filled with such charges. The following email is typical:

"I want to know how much the Trump administration is funnelling to you under the table, of course, to keep your support of him off the record? And if it's not money, what sort pay off is it? Favors, promises, bribes...what?? Why all the secrecy when indirectly advising his legal team via cable networks' panel discussions? I think your games, shenanigans and defense of this very disturbing man give the legal profession a black eye. Shame on you! Why not come out and openly defend Trump which you are obviously doing through innuendo?"

Others emails I have received include the following: "PLEASE BE TRUTHFUL. YOU ARE NOT A LIBERAL BUT RATHER A ZIONIST REPUBLICAN AUTHORITARIAN BIGOT," as well as "SELLING YOUR OPINION/SERVICES TO THE HIGHEST BIDDER!"

My motives have also been questioned by some of my academic and political colleagues. Am I being paid? Am I auditioning to be Trump's lawyer? Do I want to be appointed to a judgeship? Am I really a secret Republican? Did I really vote for Clinton? Do I expect favors in return for my arguments?

The point is that many of those who disagree with my arguments refuse to believe that I am making them out of principle. They assume a corrupt motive.

The same is true in the larger political context. Each side believes the other is corrupt to the core. They question each other's motives. That is why using the concept of "corrupt motive" to criminalize constitutionally authorized political actions is a dangerous double-­edged sword that can be used against both Democrats and Republicans by politically motivated prosecutors.

Before the recent efforts to expand the obstruction statute to cover President Trump, many civil libertarians, political liberals, defense attorneys and even judges were rightly critical of the expansive use of "corrupt motive" both in the context of commercial and political cases. But now that they see an opportunity to use this overbroad concept to "get" President Trump, many of these same people have become enthusiastic supporters of expanding the open­ended law even further in a short­sighted effort to criminalize the constitutionally protected actions of a president they dislike.

Anglo-­American law is based on precedent. What happens today can be used tomorrow. So beware of creating precedents that lie around like loaded weapons in the hands of over­zealous or politically motivated prosecutors.