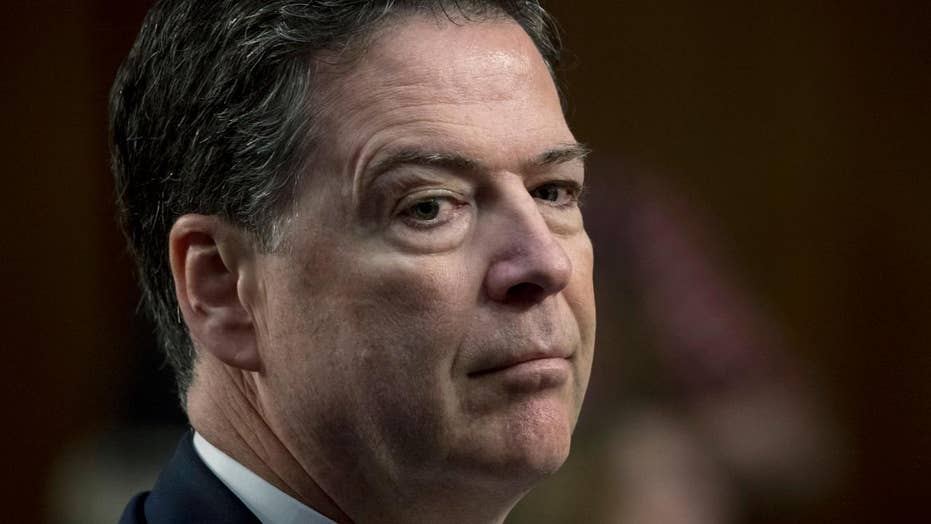 During former FBI Director James Comey's opening statement to the Senate Intelligence Committee, he blamed the Trump administration for defaming him and the FBI and spreading lies

In his testimony former FBI director James Comey echoed a view that I alone have been expressing for several weeks, and that has been attacked by nearly every Democratic pundit.

Comey confirmed that under our Constitution, the president has the authority to direct the FBI to stop investigating any individual. I paraphrase, because the transcript is not yet available:  the president can, in theory, decide who to investigate, who to stop investigating, who to prosecute and who not to prosecute.  The president is the head of the unified executive branch of government, and the Justice Department and the FBI work under him and he may order them to do what he wishes.

As a matter of law, Comey is 100 percent correct.  As I have long argued, and as Comey confirmed in his written statement, our history shows that many presidents—from Adams to Jefferson, to Lincoln, to Roosevelt, to Kennedy, to Bush 1, and to Obama – have directed the Justice Department with regard to ongoing investigations. The history is clear, the precedents are clear, the constitutional structure is clear, and common sense is clear.

Yet virtually every Democratic pundit, in their haste to “get” President Trump, has willfully ignored these realities.  In doing so they have endangered our civil liberties and constitutional rights.

Now that even former Director Comey has acknowledged that the Constitution would permit the president to direct the Justice Department and the FBI in this matter, let us put the issue of obstruction of justice behind us once and for all and focus on the political, moral, and other non-criminal aspects of President Trump’s conduct.

Comey’s testimony was devastating with regard to President Trump’s credibility – at least as Comey sees it.  He was also critical of President Trump’s failure to observe the recent tradition of FBI independence from presidential influence.  These are issues worth discussing but they have been distorted by the insistence of Democratic pundits that Trump must have committed a crime because they disagree with what he did politically.

Director Comey’s testimony was thoughtful, coherent and balanced.  He is obviously angry with President Trump, and his anger has influenced his assessment of the president and his actions.  But even putting that aside, Comey has provided useful insights into the ongoing investigations.

I was disappointed to learn that Comey used a Columbia law professor as a go-between to provide information to the media.  He should have has the courage to do it himself.  Senators must insist that he disclose the name of his go-between so that they can subpoena his memos and perhaps subpoena the professor-friend to provide further information.

So let’s move on and learn all the facts regarding the Russian efforts to intrude on American elections without that investigation being impeded by frivolous efforts to accuse President Trump of committing a crime by exercising his constitutional authority.