Republicans and Democrats are ‘in agreement’ that the MAGA movement is ‘extreme’: Rep. Sean Patrick Maloney

Democratic Congressman Sean Patrick Maloney predicts that the Democratic Party will maintain the majority in the House of Representatives throughout the midterm elections on ‘Fox News Sunday.’

This November, Americans have a choice between a Democratic Party that puts people over politics to protect reproductive freedom, lower costs, and make our communities safer – and a Republican Party that plays politics with people’s lives and is ripping away fundamental freedoms and undermining democracy. This election is about mainstream versus MAGA.

The difference between the two parties couldn’t be more clear. On January 6, 2021, insurrectionists stormed the Capitol and beat police officers with American flags. House Democrats stepped over broken glass to certify the election, but 139 House Republicans voted to throw out Americans’ votes and side with the insurrectionists who wanted to overthrow the election – just because they didn’t like the results. Every day since, Democrats have rolled up their sleeves and passed impactful, popular legislation to help American families. Republicans kept sprinting down a path of extremism, hellbent on ripping away our freedoms.

Democrats passed the PACT Act to ensure veterans get the health care they’re owed, the CHIPS and Science Act to bring American manufacturing jobs back home from China, the Bipartisan Safer Communities Act to save children from senseless acts of gun violence, and the Inflation Reduction Act to ease inflation, lower prices of prescription drugs, health care, energy and gas, and lower carbon emissions 40 percent by 2030. Republicans overwhelmingly voted against all of these measures. 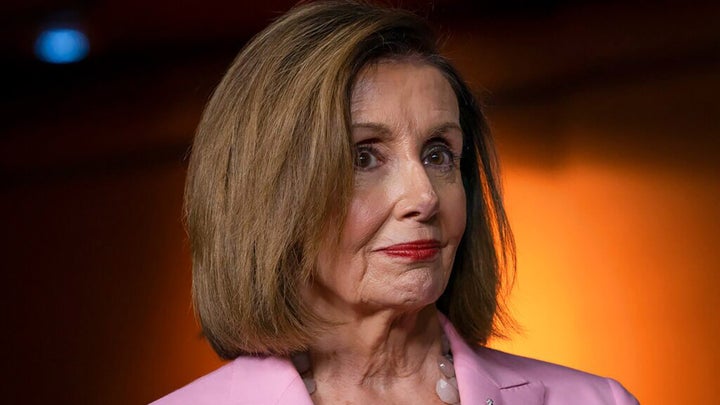 Over the past two years, Democrats have proven we can do two things at once. We can fight for voting rights, and build roadways. We can demand justice, and fund the police. We can tackle climate change and boost American manufacturing, while lowering energy, gas, and prescription drug prices. While we might not agree on everything, you can always count on Democrats to fight for the American people, their kids, and kitchen tables. Democrats know our work to improve the lives of everyday people is unfinished. If elected, a Democratic majority will build on historic progress and continue fighting to lower the cost of living for working families. If Democrats hold the House and grow our margin just a little bit in the Senate – we will restore Roe’s abortion protections that Republican-appointed judges ripped away.

While Democrats embrace tough fights to serve the people, Republicans chart a path toward one overriding goal: power for themselves. Instead of introducing an actual economic or community safety plan, Republicans have prioritized their extreme agenda. Republicans have promised to pass a national abortion ban if they win a majority, unfazed by horror stories of women living in a post-Roe world. They’ve introduced a plan to sunset Social Security and Medicare along with a plan to raise the price of prescription drugs. They want to allow the wealthy to cheat everyday American taxpayers and have viciously attacked law enforcement and the FBI for doing their jobs.

In the months since the overturning of Roe, we’ve seen voters race to reject Republicans’ extreme agenda. In fact, the power of our vote has shown up in special elections and a referendum this summer – where voters sent two mainstream Democrats to Congress and voted to protect women's freedom in Kansas. Across the country, women are registering to vote in historic numbers. Now, MAGA Republicans like Kevin McCarthy and Tom Emmer have been forced to reconcile with their overzealous predictions of a red wave.

We have the power to protect progress and defend our freedom but the stakes are too high to take anything for granted. With our nation at an important fork in the road, no matter how disenchanted with politics we may be, each of us must cast our vote to protect the American ideas of freedom and prosperity from the dangers of extremism.

In just four short weeks, voters will decide America’s path – a choice between prosperity and progress or a MAGA agenda plagued with extremism that will hinder our freedoms, security and families’ wellbeing.