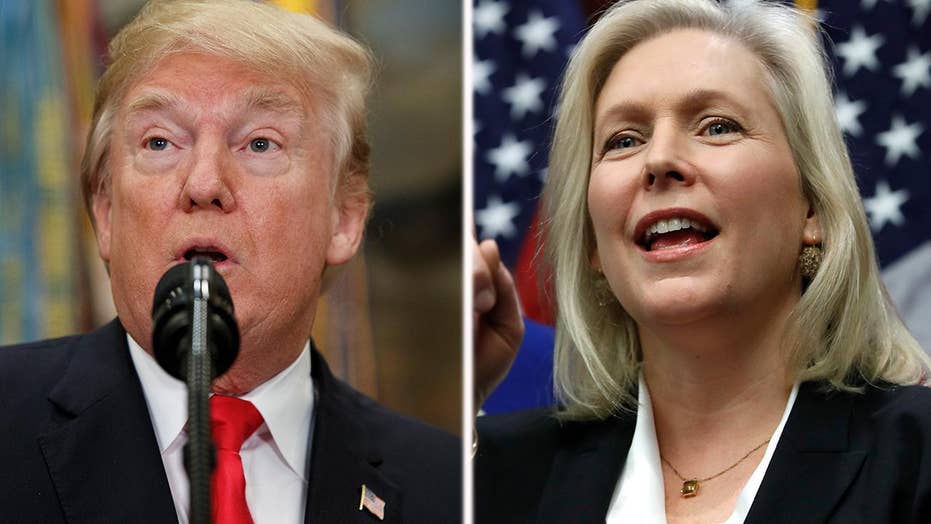 Americans were forced this Tuesday morning to take time from their holiday preparation to scroll through these exchanges between the president of the United States, Sen. Kirsten Gillibrand and other members of the U.S. Senate, known in more innocent times as the World’s Greatest Deliberative Body.

A Trump tweet: “Lightweight Senator Kirsten Gillibrand, a total flunky for Chuck Schumer and someone who would come to my office ‘begging’ for campaign contributions not so long ago (and would do anything for them), is now in the ring fighting against Trump. Very disloyal to Bill & Crooked-USED!”

Sen. Gillibrand, whose aides made sure reporters would note she was in a Bible study meeting at the moment of the tweet, replied: “It was a sexist smear attempting to silence my voice, and I will not be silenced on this issue. Neither will the women who stood up to the president yesterday.”

Sen. Elizabeth Warren joined the colloquy: “Are you really trying to bully, intimidate and slut-shame @SenGillibrand?”