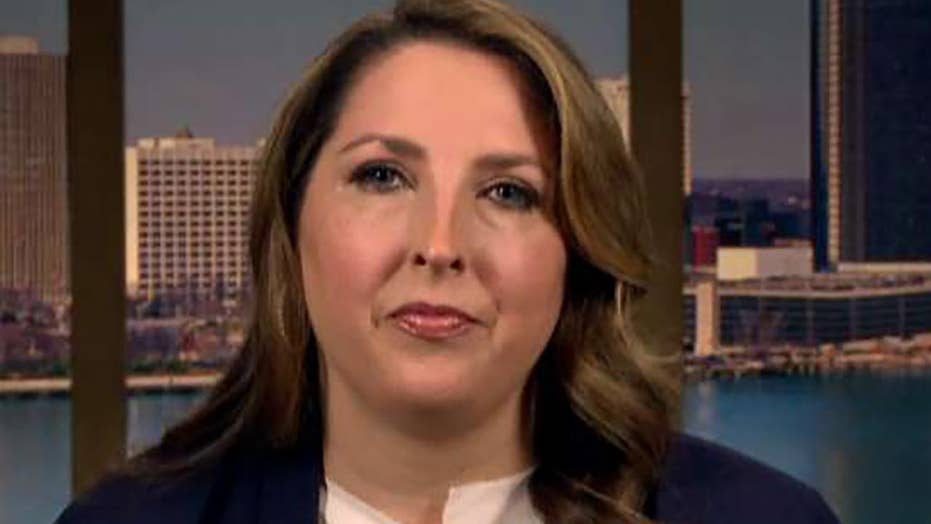 One of the most memorable scenes from Meredith Willson’s “The Music Man” comes when traveling salesman Harold Hill tries to trick the people of River City into believing “they’ve got trouble” in their small Iowa town so he can launch a scheme to swindle them out of their money.

Now, with less than three weeks until the Iowa caucuses get underway, we are seeing a similar scene play out: Democrats are crisscrossing the Hawkeye State frantically trying to convince Iowans that they are in serious trouble under President Trump and the only salvation is succumbing to socialism.

This shouldn’t come as a surprise.

Since the day he took office, Democrats have tried to destroy Donald Trump’s presidency by attempting to spread fear among the American people.

From the Russia hoax to the sham impeachment process, we have heard Democrats say outlandish things like President Trump represents a “clear and present danger” or cry wolf with claims of a “constitutional crisis.”

While Democrats never miss an opportunity to stage political theater, the American people deserve to know whether or not their partisan rhetoric matches reality.

Instead of celebrating President Trump’s record of delivering real results for the American people, Democrats have tried time and again to use these same successes to divide our country.

Consider the past week.

On the same day we learned the unemployment rate held steady at the lowest rate in a half-century and the stock market reached 29,000 points for the first time in history, Speaker Pelosi announced she would be sending impeachment articles, her only agenda item, over to the Senate.

This comes after needlessly delaying doing so for weeks, resulting in a failed attempt to score cheap political points.

Not to mention the news that over half of the new jobs created in 2019 went to women for the first time ever.

The disdain Democrats have for those living outside of their liberal coastal enclaves has long been apparent and if Democrats get their way, the 2020 caucuses could be the last time Iowans will ever see them in their state again.

The president’s pro-growth policies are allowing all Americans to get ahead, but we didn’t even get a peep of excitement from the self-proclaimed “party of women.”

Perhaps most shamefully, we saw that Democrats would rather parrot Tehran’s talking points on the killing of Iranian Commander Gen. Qassem Soleimani than applaud the fact that a terrorist with American blood on his hands had been taken out, solely because it would have meant giving President Trump credit.

The Democrats’ default position to blame President Trump for everything is as disappointing as it is predictable.

At Tuesday night’s Democratic debate, the Democrats’ candidates for president will undoubtedly try to outdo one another in lurching further and further to the left in order to appease their radical base.

But for everyday Americans who are tired of hearing the Democrats preach doom and gloom and the same old salvos supporting socialism, there is good news.

That’s because while Democrats will be taking the debate stage in Des Moines, President Trump will be on stage in Milwaukee in front of thousands of hardworking patriots to share the unprecedented progress our country has made under his administration’s America First leadership.

Over seven million new jobs have been created since the day President Trump was elected, including 500,000 manufacturing jobs.

The unemployment rate for African-Americans, Hispanic Americans, and Asian-Americans are all at or near record lows.

Under President Trump, 7 million people have come off food stamps and are now on the pathway from poverty to prosperity.

The USMCA is a huge win for America’s workers, farmers, and manufacturers by creating 176,000 new jobs and expanding market access to our neighbors to both the North and South.

While President Trump is racking up win and after win, Democrats still haven’t come to terms with the fact that Americans overwhelmingly want our leaders to work with the president on real issues, not continue to obsess over a baseless impeachment.

Additionally, the not so secret irony about Democrats barnstorming Iowa is that many of them advocate abolishing the Electoral College so they never have to campaign in rural America again.

The disdain Democrats have for those living outside of their liberal coastal enclaves has long been apparent, and if Democrats get their way, the 2020 caucuses could be the last time Iowans will ever see them in their state again.

For all these reasons and more, it is essential we re-elect President Trump, and Tuesday night’s dueling events will showcase just how much is at stake in the upcoming election.

The chasm between real results and a socialist scheme.

The choice has never been clearer, and come November, the American people will vote for President Trump and to Keep America Great.