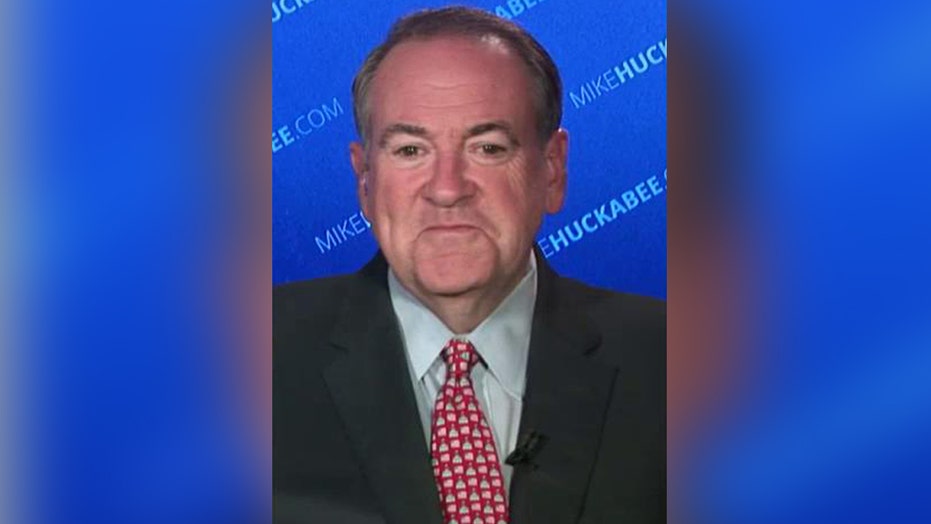 How Huckabee plans to win the Iowa Caucuses

What will it take for Republicans in Washington to keep their promise to America’s seniors and keep their hands off Social Security and Medicare? Members of Congress and federal employees receive automatic pay raises each year, yet 70 million Americans will NOT receive a Social Security cost of living increase next year.

How is this right?

Sadly, the establishment elites treat Social Security and Medicare like WELFARE benefits. This is completely unacceptable, appalling, and flat-out wrong—these are EARNED benefits. Seniors are getting stabbed in the back while the Washington Republican establishment tells them it’s a back massage!

One of my fellow candidates has told Americans to “get over it” when it comes to cutting Social Security and Medicare. Another has proposed cutting benefits to current seniors, even those who worked more than 50 years paying into the system.

How can our government rob money from American workers for 40, 50, and 60 years and then refuse to keep its promise?

Social Security and Medicare aren't optional, they are mandatory programs. Washington forcibly confiscates money from every Americans' paycheck and promises it will be there when they retire. How can our government rob money from American workers for 40, 50, and 60 years and then refuse to keep its promise?

Like many other Americans, I’ve been paying into these programs since I was 14-years-old and started working for a paycheck. Sixty million Americans depend on Social Security, and almost 70 percent of seniors rely on Social Security for more than half of their income.

Most Republican candidates for president support cuts to Social Security and Medicare.

I can’t believe that GOP presidential candidates, leaders in Congress, and President Obama believe we should balance the federal budget and increase the debt ceiling on the backs of America's seniors.

If this wasn’t grotesque enough, the Republican Senate Majority Leader is currently negotiating to increase our federal debt limit, but only if it includes massive cuts to Social Security and Medicare.

Can we really trust these failed leaders in Congress to “reform" Social Security and Medicare when they refuse to stand-up to Obama on anything important?

Washington has done enough lying and stealing. I refuse to let Washington swindle America’s seniors and sabotage Social Security and Medicare. After all, who’s to blame for the system's challenges, hardworking American beneficiaries or Congress?

If Washington lies, cheats, and steals benefits the American people were promised and forced to pay, then Washington politicians better be prepared to lose every single election.

Theft and deceit are NOT American values and most certainly NOT conservative principles. As president, I promise you will get what you paid for.