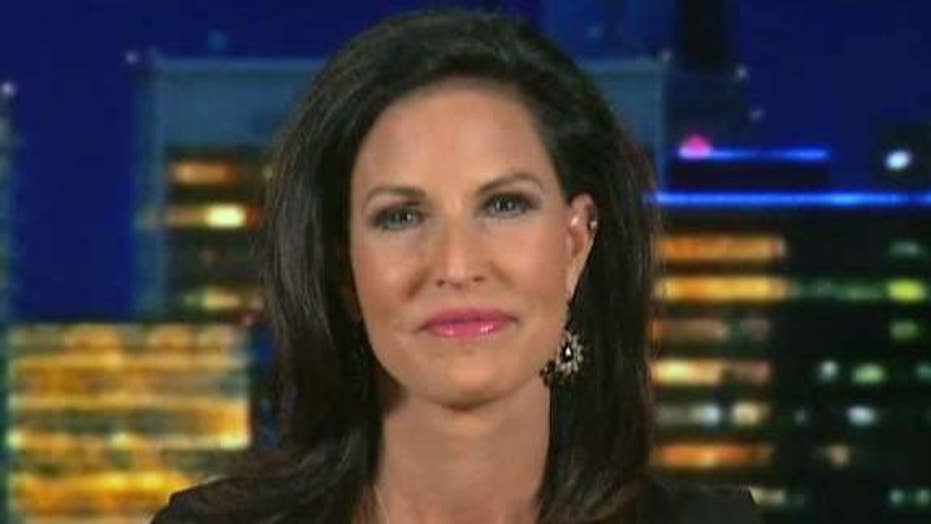 Nance: Wearing black to the State of the Union helps no one

Concerned Women for America president and CEO says actions are needed over gestures.

The Golden Globe Awards show was viewed by 19 million people, and many women in entertainment used it as a platform to stand in solidarity with victims of assault and sexual harassment by powerful men in the industry. They did this by wearing black, which successfully grabbed the national spotlight and drove the media conversation for a solid day, maybe two.

Piggy-backing off this media attention, some members of Congress are now planning to wear black to the president’s State of the Union Address on January 30.

The issue of sexual harassment in the workplace has finally broken into the national consciousness, as it should have years ago. We applaud the likes of Eva Longoria who launched “Time’s Up,” which has raised millions of dollars for a legal fund to help disadvantaged women who have been sexually harassed. We all agree that #TimesUp on sexual harassment, and now, as a nation, we’re on the edge of our seats; how will this be handled both by specific industries as well as on a congressional level?

So yes, #TimesUp for sexual harassment in the workplace.

But time is also up for replacing action with slogans and hashtag campaigns. Time’s up for fawning over an actress who calls for the rejection of abject poverty while wearing a $380 sweatshirt declaring said rejection. Time’s up for buying into the illusion that donning a certain color garment is something powerful.

It is not. These are nothing more than gestures.

Congress can start by releasing the list of congressmen and senators who have used taxpayer dollars to keep their victims quiet. Until that list is released, no one is going to take a campaign of color-coordinated outfits seriously.

How does wearing a black dress to an awards show help the waitress with the grabby boss? How does it help the rape victim whose DNA evidence sits unprocessed by state law enforcement for years?

To our congresswomen and senators specifically, how does the choice of a black suit help the low-level staffer who was forced to quit her job because her boss – your colleague – couldn’t keep his hands in his pockets?

What can Hollywood, the media, and Congress actually do besides use hashtags and designer gowns to prove they are in solidarity with the victims of abuse? There are real steps that can be taken.

Congress can start by releasing the list of congressmen and senators who have used taxpayer dollars to keep their victims quiet. Until that list is released, no one is going to take a campaign of color-coordinated outfits seriously. Demand accountability for whatever portion of the $17+ millions of tax dollars that was used to cover up the workplace violations and sexual harassment claims against elected officials.

Currently, there is limited process and no accountability. That low-level staffer will still leave her job – or stay and endure the harassment because she needs the money and a resume boost. She does not feel supported because celebrities and senators look like they are going to a funeral for a night.

Some men have been called to task for their despicable behavior and rightly fired. But Congress is way behind the curve on this issue. At least the media and Hollywood have acted quickly to remove from their payrolls the men who behaved badly; Congress acts as if they are on a leisurely Sunday stroll to nowhere when it comes to accountability when they should be setting the example.

While Eva Longoria seems to be on the right track, another group of Hollywood executives from all the big labels blew it.  This was their moment to own their sin and to find a way forward, but, sadly, they chose politics over people.

The Commission on Sexual Harassment and Advancing Equality in the Workplace could have chosen anyone from a large number of qualified women, but instead, powerful insiders chose Anita Hill to lead the commission. While Miss Hill is a hero for the left due to her opposition and testimony against then-Supreme Court nominee Clarence Thomas in 1991, they conveniently forget the incident a few years later during a “Meet the Press” interview when she chose not to support women who were sexually harassed by President Bill Clinton.  Instead, she deferred to, and then sided with, the most powerful man in the world.

These kinds of stunts get us nowhere. They only serve to exacerbate an already politically charged and contentious topic.

Time’s up for inaction and posturing.