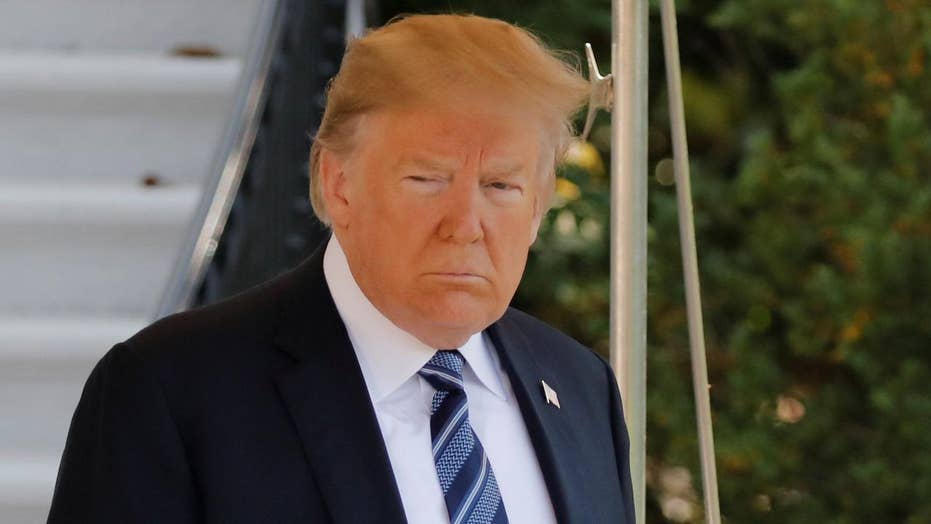 Trump calls on DOJ to look into 2016 campaign surveillance

For years my organization, Citizens United, battled the Obama State Department over dozens of Freedom of Information Act (FOIA) requests and lawsuits. It became common knowledge that if you wanted to get information out of the State Department in a timely manner, you had to go to court.

During the 2016 presidential campaign, it was Citizens United and Judicial Watch that pried open Foggy Bottom to expose Hillary Clinton’s emails and pay to play scandals at the Clinton Foundation.

Fast forward to today and we are still being forced to litigate with the “Deep State” Department. Unbeknownst to President Trump and Secretary of State Mike Pompeo, the State Department continues to stonewall our investigations by slow-walking the production of vital documents that might be detrimental to the left’s fake narrative of so-called Russian collusion with the Trump presidential campaign.

Last October, Citizens United filed a FOIA request for the emails and phone messages of former Assistant Secretary of State for European and Eurasian Affairs Victoria Nuland. Our investigation is seeking to learn what role Nuland played in the Obama State Department facilitating the efforts of former British spy Christopher Steele and Fusion GPS in advancing the fake Trump dossier.

The Deep State doesn’t get to make the decisions in America – the people do.

As our recent joint status report filed U.S. District Court in Washington states, it’s important for the American people to know about the “State Department’s alleged political activities, including any role in opposition research of a presidential candidate during the 2016 elections.”

Apparently the State Department does not agree. In the same report, we disclosed to the court that government lawyers informed us that it would take 45 to 66 years to comply with our request. Not days. Not weeks. Not months. But 45 to 66 years!

This epitomizes what has come to be known as the Deep State. President Trump and his administration have learned that unelected career bureaucrats have their own agenda and that has little to do with helping the current occupant of the Oval Office. President Trump is the ultimate political outsider and it’s clear that many people in the D.C. swamp don’t like it one bit.

The fact is that if the State Department bureaucrats had their way, my unborn grandchildren would have to analyze the records for me! Our FOIA request simply asks for one person’s emails and phone messages over an 11-month period. It’s simple and straightforward and should not take very long to produce all the responsive records.

Amazingly, State Department officials replied that they could not attempt to process our request unless we could provide them with the State Department’s own contract numbers. This absurd response from the Deep State required us to file suit asking a federal judge to order the State Department to conduct a search for these records and produce any contracts.

As the former chief investigator for the House Committee on Government Reform and Oversight during the Clinton administration, I believe wholeheartedly that sunlight is the best disinfectant.

As Abraham Lincoln stated in the Gettysburg Address, we are a government “of the people, by the people, for the people.”

The Deep State doesn’t get to make the decisions in America – the people do. We all know the Obama administration was politicized during the 2016 election cycle in favor of one candidate over the other and the American people deserve to know the truth.