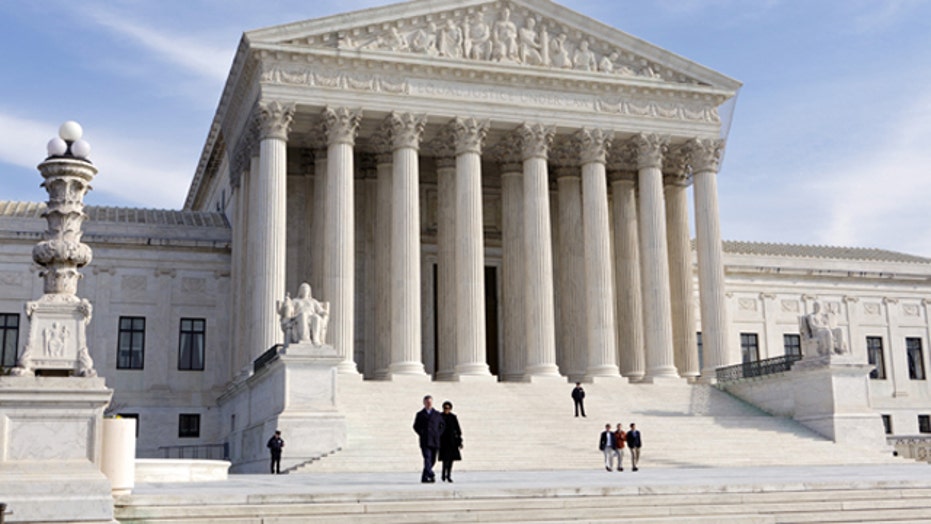 Wednesday, the Supreme Court will hear oral arguments in King v. Burwell, a case which gives opponents of ObamaCare their best chance to roll back its command-and-control model of health care. But the president’s health law is not simply a government takeover of American medicine. It is also a crony-capitalist nightmare.

ObamaCare’s primary goal is to provide health insurance to those who do not have it, meaning it is an entitlement for lower-income Americans. Yet by employing third parties to provide the care, it is also an entitlement for health providers, which are some of the nation’s most powerful interest groups. Their lobbyists will work hard to keep those benefit streams flowing should the Court rule against the government, and they have a lot of chits to cash in on Capitol Hill.

Accordingly, conservative reformers must understand that the politics of ObamaCare are as important as the policy. Getting rid of ObamaCare is not simply a matter of finding a viable alternative that the broader public can support. It also comes down to untangling the dense web of patron-client relationships the law establishes between Uncle Sam and interest groups.

For the most part, the United States employs a delegated welfare system. Social Security is an exception; the government collects the FICA tax directly from employers, and then distributes it straight to retirees. But programs like Medicare, Medicaid, and food stamps work through delegation. The government does not supply the assistance directly, but contracts with third parties to provide the benefits. That’s a voluntary relationship; providers are not required to deal with the government. They only do so because they expect to profit from the interaction.

ObamaCare is similar in its design. Doctors, hospitals, and insurers are contracted to provide care. They only do so because the deal the government offers them is quite favorable to their bottom lines. In other words, ObamaCare provides them with a rent. Moreover, President Obama and congressional Democrats cut deals with the drug manufacturers, the American Association of Retired Persons, and a whole host of other factions to get the law passed. Recall the “Louisiana Purchase” and the “Cornhusker Kickback” -- the shady bargains Harry Reid made to win over Mary Landrieu and Ben Nelson, respectively. These were really just the tip of the iceberg, the visible part of a vast architecture of payoffs to well-positioned “stakeholders,” as President Obama often called them. The deals varied from group to group, but all boiled down to the same bargain: play the game with us, and we’ll make it worth your while.

From that perspective, the law has worked remarkably well; the stakeholders are now fully vested in ObamaCare. Consider the behavior of the insurers. In 2009 -- as debate on ObamaCare was ratcheting up -- PricewaterhouseCoopers released a report sponsored by the insurance lobby predicting that middle class premiums would skyrocket. And yet, the same lobby recently submitted an amicus brief to the Supreme Court on behalf of the government in King. The insurers flip-flopped because ObamaCare is good for their bottom lines, and they will do what they can to protect their subsidy.

And, unlike the lower-income people insured by ObamaCare, these groups are plugged in to the political system. In fact the health industry plays both sides of the aisle. In 2008 it donated predominantly to congressional Democrats, but in 2010 it split its contributions as the GOP was bouncing back. Then, in 2012 and 2014 it gave predominantly to congressional Republicans -- with contributions targeted to key committee and sub-committee members with oversight over their interests. The industry also spends lavishly on lobbying, about $500 million in 2014 alone. Further, they are active participants in the revolving door of politics. For instance, Billy Tauzin was the head of the pharmaceutical lobby during the initial ObamaCare fight. Previously, he had been the Republican chairman of the House Energy and Commerce Committee, and was instrumental in the creation of Medicare Part D.

The health lobby is not going to abandon its ObamaCare subsidies willingly or happily, and it will use every connection it has to the process to keep the benefits flowing its way. The question is: will congressional Republicans be able to resist the pressure?

History suggests a mighty struggle. Consider, for instance, the case of farm subsidies. In the mid-1990s, conservative Republicans pushed through a sensible reform of agriculture policy, which would have eventually phased out subsidies altogether. Yet industry pressure caused the GOP to buckle, very quietly and a few years down the road. In 2014, the House GOP leadership signed off on an extremely generous farm-subsidy program. Reforms of Medicare, again hammered out in the mid-1990s, were similarly given away due to persistent industry pressure. And what of the so-called “ban” on earmarks? Citizens Against Government Waste is still finding earmarks in the spending bills, costing billions every year.

The pattern is persistent and troubling. Government programs transform factions of society into clients of the government, which plow a portion of their federal subsidy back into the political process to ensure that the rents keep on coming. This makes it difficult to enact reforms, and even harder to sustain them over time. Despite their public advocacy of small government, congressional Republicans often struggle to resist this sort of interest-group liberalism.

ObamaCare’s opponents need to keep this in mind, should the Court rule in their favor. The challenge will not simply be designing a feasible and publicly salable alternative to the law -- difficult as that task is. They must also deal with the phalanx of interest groups that were effectively bought off when it was drafted. They will rage against the dying of ObamaCare’s light. Reformers must be ready for the struggle.

Jay Cost is a staff writer for the Weekly Standard. He is the author of the new book "A REPUBLIC NO MORE: Big Government and the Rise of American Political Corruption" (Encounter 2015).