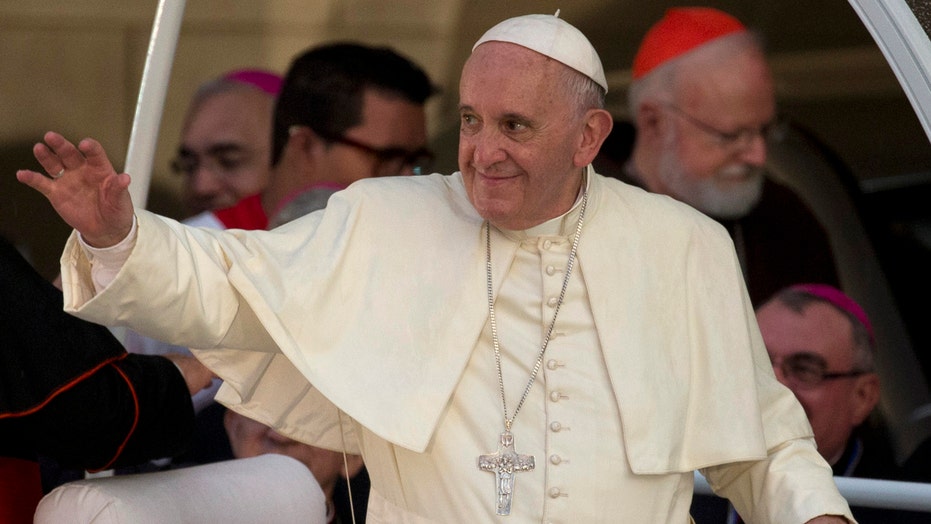 Pope Francis prepares for first visit to the US

Pope Francis’s pontificate has inspired a global conversation about the persistence of poverty in an era of great abundance. But some of his economic claims are bewildering to Catholics like me who believe economic freedom is the best-known way to alleviate widespread poverty.

In his 2013 apostolic letter, Evangelii Gaudium, he took a shot at Adam Smith: “We can no longer trust in the unseen forces and the invisible hand of the market.” He condemned “the absolute autonomy of markets.” He criticized those who “continue to defend trickle-down theories which assume that economic growth, encouraged by a free market, will inevitably succeed in bringing about greater justice and inclusiveness in the world.”

This idea, he said, “has never been confirmed by the facts, expresses a crude and naïve trust in the goodness of those wielding economic power and in the sacralized workings of the prevailing economic system.”

The nagging question is whether Francis has free economies in the cross-hairs. No serious defender of economic freedom imagines markets can solve all our problems, for instance, or that they are autonomous. Vibrant markets require at a minimum strong rule of law, and property rights, robust civil society and low levels of corruption. And Adam Smith certainly had no illusions about “the goodness of those wielding economic power.”

Many of the pope’s listeners assume he is critiquing free economies; but much of what he describes are economies that are far from free. In Evangelii Gaudium, he denounced “an economy of exclusion,” “a financial system which rules rather than serves,” and an “inequality which spawns violence.” These words ring far more true of the corporatist economy of the Holy Father’s native Argentina, in which wealthy, well-connected plutocrats enjoy favors while the landless poor languish in shantytowns on the outskirts of Buenos Aires.

Taking the century rather than decade-long view, it looks like the only known way to lift entire cultures out of extreme poverty is rule of law, free trade, innovation and entrepreneurship. This isn’t ideology. It a simple conclusion based on the evidence.

Argentina is hardly a free market paradise. In the 2015 Index of Economic Freedom, the country ranks 169 out of 178, between the Democratic Republic of Congo and the Republic of Congo. In Latin America, only Venezuela and Cuba fare worse.

Argentina has suffered for decades, not because of free markets, but under the legacy of Juan Peron, which for all its populist appeal has an abysmal record of helping actual poor people.

Unfortunately, Pope Francis nowhere distinguishes the corporatist cronyism of Argentina from the freer economies in the north. As a result, some suggest that his visit to the U.S. may give him a better opinion of capitalism.

Count me skeptical that a drive-by tour of bailed out megabanks, Times Square and the New York Stock Exchange will leave a positive impression.

Pope Francis has pledged to engage his “American critics.” I hope he will engage his friends—thoughtful Catholics, here and elsewhere, who support economic freedom, not out of deference to alien ideologies, but from a love for the poor, human flourishing and a careful look at the evidence. As Pope Francis himself said in 2013: “Ideas disconnected from realities give rise to ineffectual forms of idealism.”

Here are the realities. In general, countries with rule of law, property rights and economic freedom are far better off than those that lack these things.

Since 1990, extreme poverty has been cut in half worldwide. That’s about a billion fewer people living on the equivalent of $1.25 a day. This progress is due, not to noble intentions, but to the expansion of global trade and economic freedom, especially in India and China.

Taking the century rather than decade-long view, it looks like the only known way to lift entire cultures out of extreme poverty is rule of law, free trade, innovation and entrepreneurship. This isn’t ideology. It a simple conclusion based on the evidence.

Economics by itself doesn’t tell us what to do with the evidence, however. For that, we should turn to the perennial riches of Catholic social teaching, and its commitment to human dignity, solidarity and the common good.

How fitting it would be if extreme poverty became an extreme rarity on planet earth during the reign of the first pope to take the name of St. Francis. But for that to happen, we need to combine an abiding commitment to the poor with a hard-nosed look at the economic evidence.

Jay Richards is the Executive Editor of The Stream and Assistant Research Professor in the School of Business and Economics at The Catholic University of America.