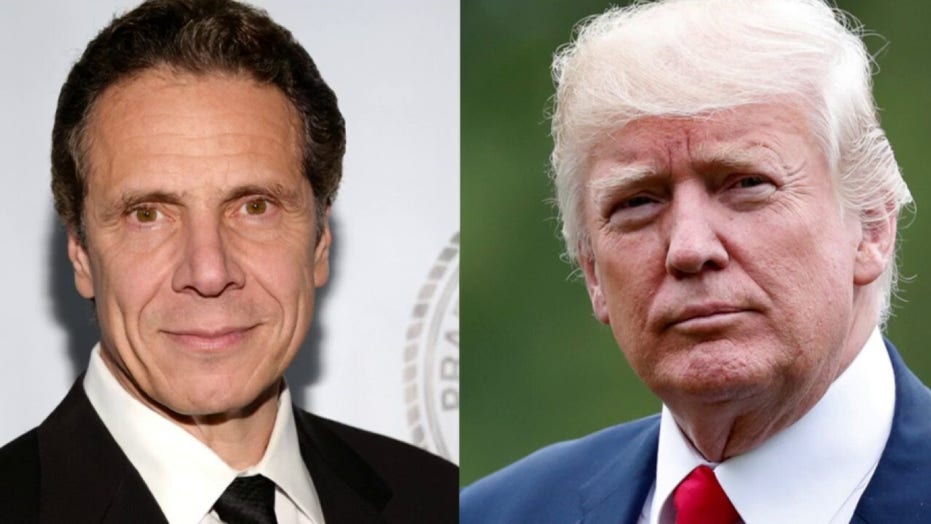 Cuomo says Trump will work with him on coronavirus test goals; reaction and analysis on 'The Five.'

Congress has just passed another half-trillion-dollar coronavirus stimulus package – the fourth major response in the last six weeks – and congressional Democrats are already talking about yet another massive spending bill. This one, they said, would include another huge bailout for state and local governments, possibly even on the order of $500 billion.

To his credit, Senate Majority Leader Mitch McConnell, R-Ky., declared his opposition to such nonsense and even suggested that perhaps bankruptcy was a better solution for some states. And that’s when Democrats and the media, predictably, went nuts.

First, let’s be clear about what exactly was said. During an April 22 interview with talk radio host Hugh Hewitt, McConnell declared:

“We all have governors regardless of party who would love to have free money. And that’s why I said yesterday we’re going to push the pause button here, because I think this whole business of additional assistance for state and local governments needs to be thoroughly evaluated. You raised yourself the important issue of what states have done, many of them have done to themselves with their pension programs. There’s not going to be any desire on the Republican side to bail out state pensions by borrowing money from future generations …

"I would certainly be in favor of allowing states to use the bankruptcy route. It saves some cities. And there’s no good reason for it not to be available. My guess is their first choice would be for the federal government to borrow money from future generations to send it down to them now so they don’t have to do that. That’s not something I’m going to be in favor of.”

McConnell understands what Democrats are trying to do here – take the coronavirus crisis and combine it with the Washington Swamp’s love of throwing around other people’s money to solve their own long-term, pre-coronavirus finance problems while no one is looking. After all, when the federal government is adding debt by the trillions, what’s a few hundred billion among friends, right?

Fiscally irresponsible states are trying to take advantage of the crisis to solve their long-term fiscal problems by reaching into the wallets of other states’ residents.

New York Gov. Andrew Cuomo, for instance, made his pitch directly to his fellow New Yorker president on April 21. “The states are in desperate shape,” said Cuomo after leaving his meeting with President Trump, noting that the fourth response bill contained no funding for state and local governments. “The president seemed very open and understanding of that and said the next piece of legislation that passes he’s going to be open to that.”

Illinois wants in on the action, too. Last week, the Democrat president of the state Senate sent a letter to the Democrats in his state’s congressional delegation, seeking a $40.6 billion federal bailout -- $15 billion in unrestricted block grant funding, $6 billion for the state’s unemployment trust fund, $10 billion for pensions and $9.6 billion in unrestricted aid for Illinois cities.

And while you’re at it, he wrote, could you also please jack up the federal share of the state’s Medicaid payments to 65 percent?

Everyone knows what’s going on here. Fiscally irresponsible states are trying to take advantage of the crisis to solve their long-term fiscal problems by reaching into the wallets of other states’ residents. Others want to remain shut down, but don’t want to bear the brunt of those decisions either.

Either way, they’d rather steal money from future generations who don’t get a say in the matter and aren’t even here to raise a ruckus.

That’s just wrong, and it should be stopped. Whether or not enough Senate Republicans have the courage to join Leader McConnell and block another massive bailout remains to be seen.