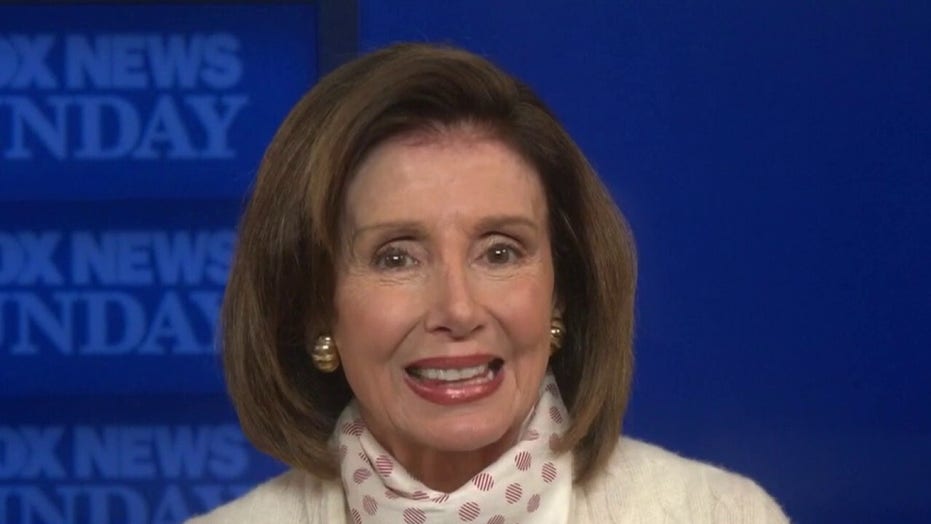 Congressional Democrats played a key role in securing over $2 trillion for health care spending and economic assistance in the wake of the coronavirus pandemic. But the current Democratic action holding up approval of $250 billion in desperately needed funds for a small-business loan program as a bargaining chip to get still more funds appropriated by Congress is despicable and outrageous.

Congressional Republicans and President Trump are supporting the $250 billion request. Democrats need to join them to get the money flowing to replenish the now-depleted Paycheck Protection Program.

It was reprehensible that House Speaker Nancy Pelosi, D-Calif., held up the initial Small Business Relief Fund for several days in order to win funding for a list of petty parochial pork-barrel projects, including $25 million for the Kennedy Center for the Performing Arts in Washington.

But now Pelosi and her radical colleagues are playing the hold-out game once again, thereby putting on hold needed rescue funds for yet another week.

There are thousands of small-business owners in our nation wondering if they will be going out of business over the next few days. Yet congressional Democratic leaders are playing cynical games to leverage more money for their favored sectors, including businesses owned by women and minorities.

It’s hard to think of a more despicable, cold-hearted action ever perpetrated by our elected representatives. The only thing more astonishing than the callous actions of the Democratic leaders is the fact that they feel they can get away with it, knowing their allies in the mainstream media will never call them out on it.

Don’t count on seeing any such criticism on CNN or MSNBC. Can you imagine what the outcry would be if Republicans held up this vital $250 billion aid package to win approval to defund Planned Parenthood or to add funding for more voter ID laws?

Since the original $350 billion Small Business Relief Fund was opened April 3, a remarkable 1.7 million loan applications have been funded through about 5,000 lenders. The average loan, according to Bloomberg News, was over $230,000. Yet 700,000 applications remain in limbo.

Businesses were strongly encouraged to apply for loans because it was hoped that keeping their employees on the payroll would create the continuity necessary to allow these companies to bounce back quickly once the coronavirus is under control.

Pelosi and her minions continue to use hardworking Americans as pawns in their efforts to redirect national priorities.

Supporters of the legislation also wanted to limit the number of people going on unemployment due to the fear that they might not be rehired after the rebound.

Many small-business loan applicants found it very confusing and difficult to apply. Many banks were restricting eligibility to those who previously had accounts with them. There is no reachable central phone number to call for specific detailed inquiries. Business owners had to pay accountants to guide them toward loans that are now going nowhere.

As a result, not every business was able to get its loan application filed in a timely manner. Those that were delayed soon found out that they were shut out, given the fact that the limited amount of funding was quickly gobbled up. There are still hundreds of thousands of applicants waiting for assistance or unable to apply due to the shortfall,

The potential of having loans converted to grants is attractive to business owners, but not if they are required to keep their employees on the payroll by paying them out of their own savings. At some point, it simply becomes more economical to just lay them off and have them collect unemployment compensation. That's why getting the proposed additional $250 billion to these business owners quickly is so essential.

And yet, Pelosi and her minions continue to use hardworking Americans as pawns in their efforts to redirect national priorities. As Rep James Clyburn, D-S.C., stated in the first Paycheck Protection Program round, Democrats see this as “a tremendous opportunity to restructure things to fit our vision."

In this instance, not all of the Democrats’ proposed additions are extraneous fluff. Among the add-ons are an additional $100 billion for hospitals, $150 billion for state and local governments, and a boost to food assistance.

While these proposals might have merit, it is inevitable that the tug-of-war debate over what and how much should be added will unnecessarily delay the needed emergency pipeline that must get to small-business owners immediately.

There is no reason why these other items can’t be considered in a subsequent bill. Democrats shouldn’t be overly concerned that the Republicans will suddenly become cautious about spending too much money.

Both parties have eagerly signed onto the bill exceeding $2 trillion in spending already. It makes the $800 billion stimulus program after the 2008 financial crisis – then the largest such expenditure in American history – look chintzy.