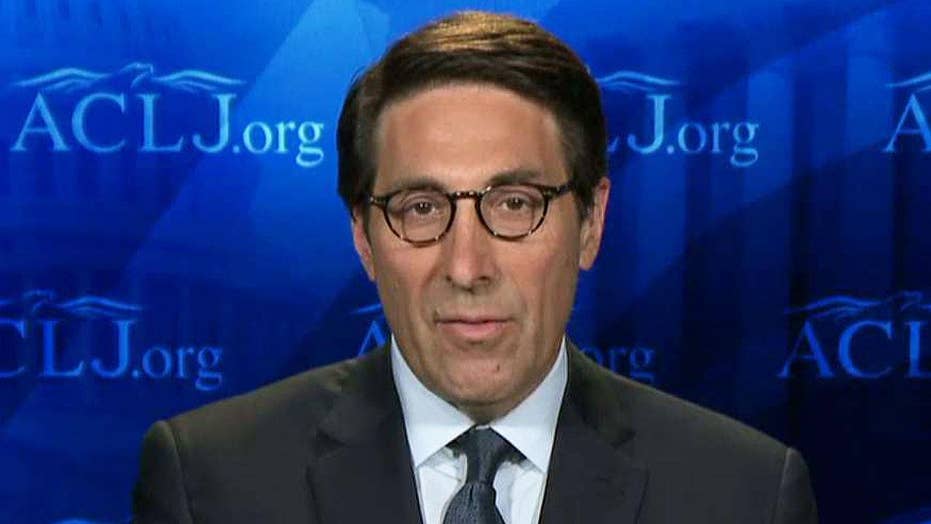 Fired FBI Director James Comey’s testimony before the Senate Intelligence Committee accomplished one thing:  With his testimony, Comey’s case against President Trump collapsed like a house of cards.

Not only did Comey’s testimony clear President Trump – admitting under oath that the President was not under any investigation – his testimony unmasked Comey’s real motivation in all of this.

It was a stunning revelation.  Comey – the nation’s top intelligence official – admitted under oath that he leaked privileged documents to a friend to give to reporters at the New York Times. Memos that he had written in the course of his official government duties about privileged conversations with the President. The reason:  Comey testified that he did so to manipulate the situation and force the appointment of a Special Counsel. (And, as we know – that’s ultimately what occurred.)

That’s right – the Director of the Federal Bureau of Investigations admits to being the leaker-in-chief – taking it upon himself to do what others are being prosecuted for – leaking information in order to damage the President and the Trump Administration.

This is the most compelling evidence yet that Comey was anything but independent in his position at the FBI.  In an editorial, the Wall Street Journal correctly notes the partisan nature of Comey’s actions:

“He’s a government official motivated by political self-interest who should have resigned if he believed what he now says he did. That he failed to act at the time suggests his motive now is more revenge than truth-telling.”

There’s no question about it. Comey craves the spotlight. Comey likes to be the center of attention. And his decision to appear yesterday before the Senate committee was an opportunity to even the score against a President who correctly fired him last month. It was revenge – pure and simple.

And his latest testimony again makes clear what I've said all along. Comey sufferers from selective disclosure disease. When it benefits him – and puts him in the spotlight – he'll talk about it. When it doesn't, he selectively ignores it.

Comey’s admission that he is a leaker also raises serious legal questions.  In my view, Comey broke the law: 18 U.S.C. § 641 provides that it is a federal crime to, without authority, convey a record of the United States, in this case an FBI record he admits under oath he leaked after being fired.

Those who know the truth – those who understand that President Trump did nothing wrong in having open and frank discussions with Comey – see Comey’s testimony for what it really is – another attempt to put himself in the spotlight – to make himself the center of attention – a last ditch pathetic attempt to rehabilitate his reputation that he alone is responsible for shattering.

The hearing represents an important victory for the President. Not only was Comey completely discredited before the Senate Committee, the statement by the President’s attorney was sound and spot on.

Now is the time for the President to move forward with his agenda.