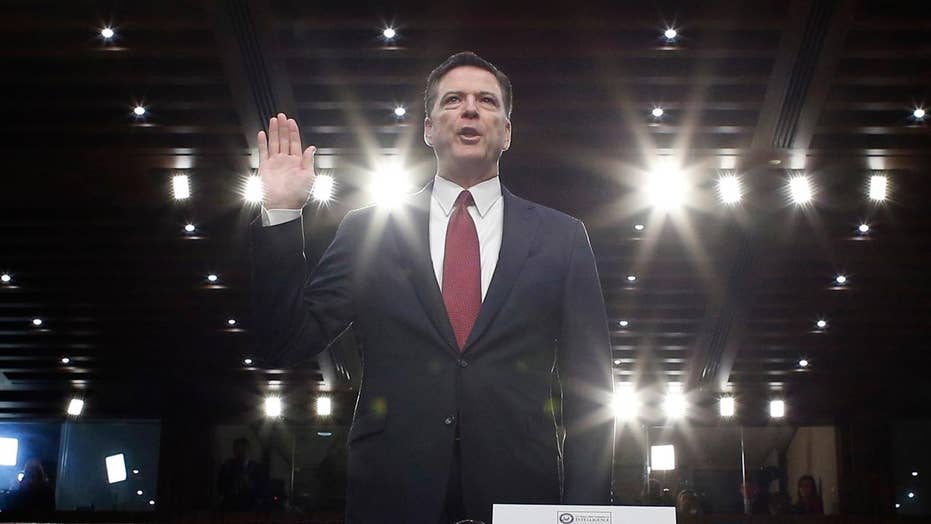 If the media weren’t so desperate to beat their anti-Trump drum, the only headlines we’d see today would deliver harsh indictments of the Obama Justice Department.

In his testimony yesterday, former FBI Director James Comey dropped the bombshell that former Attorney General Loretta Lynch asked him to publicly lie to the American people about the investigation into Hillary Clinton’s emails.

Yet Democrats and liberal talking heads are solely focused on twisting Comey’s testimony to impose their own negative narrative when the facts that just don’t support them. Despite the huge disappointment to the liberal media machine, the testimony Thursday reaffirmed exactly what we already knew: at no point has there been any evidence of the alleged collusion between the Trump campaign and Russian actors, nor any effort to impede the FBI investigation into the matter.

In a political atmosphere driven by unsubstantiated leaks it is often hard to cut through the constant, deafening din of unsourced rumors often reported as facts. The only way to cut through the noise was to have Comey himself to speak openly about the facts of the case. President Trump knew this, which is why he didn’t invoke executive privilege and members of the administration encouraged Comey’s testimony.

Democrats across the board have criticized Comey’s decision making abilities, questioned his fitness for the job, or outright called for removal from his post. A large part of this, in the words of House Minority Leader Nancy Pelosi, D-Calif., was due to the fact that they believed he had caved to political pressure in ways that might make him unfit to lead an independent FBI.

My friends on the left are right about one thing: an FBI director must insulate himself from political winds. Thursday, James Comey further underscored his inability to do just that. In fact, even members of the media admitted that Comey was extremely political and knew exactly what he was doing during his testimony in order to get a desired outcome.

What was even more alarming was Comey’s admission that he intentionally leaked the memos he wrote in an attempt to compel the Department of Justice to appoint a special counsel. This outright confession of his manipulative intent is as out of the ordinary as it is proof that Comey has become nothing but another D.C. political operative.

This just reinforces that President Trump’s decision to remove Comey from his post at the FBI was based solely on the overwhelming lack of public confidence in his inability to carry out the job.

From his gross misstatement of facts regarding evidence to his showboating throughout the entire Clinton email investigation, this is not a man that instills confidence in his judgment.

In fact, the most potentially damning indictment of Comey’s judgment is the allegation that he used a crucial piece of information related to the Hillary Clinton investigation that he knew to be fabricated by Russian intelligence.

The pernicious influence of James Comey’s carelessness has eroded all trust in his integrity and ability to lead.

For months Democrats have demanded answers from James Comey and Thursday they got the answer they are still reluctant to accept: there is no there there.

Yet they will continue to fan the flames of faux outrage, and their allies in the liberal media will dump fuel where there is no fire.

Brett M. Decker is a member of the White House Writers Group and best-selling author of The Conservative Case for Trump.