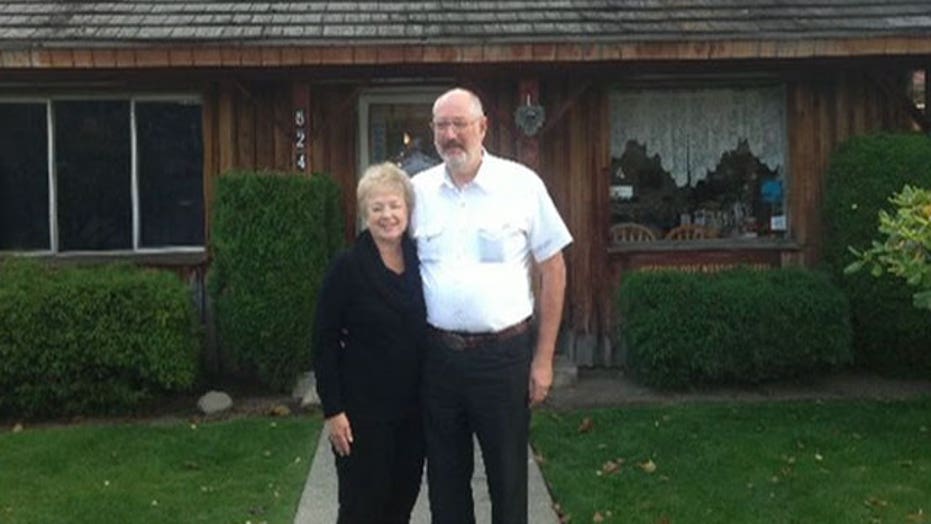 Two Christian ministers who own an Idaho wedding chapel were told they had to either perform same-sex weddings or face jail time and up to a $1,000 fine, according to a lawsuit filed Friday in federal court.

“Right now they are at risk of being prosecuted,” their ADF attorney, Jeremy Tedesco, told me. “The threat of enforcement is more than just credible.”

According to the lawsuit, the wedding chapel is registered with the state as a “religious corporation” limited to performing “one-man-one-woman marriages as defined by the Holy Bible.”

But the chapel is also registered as a for-profit business – not as a church or place of worship – and city officials said that means the owners must comply with a local nondiscrimination ordinance.

That ordinance, passed last year, prohibits discrimination based on sexual orientation, and it applies to housing, employment and public accommodation.

City Attorney Warren Wilson told The Spokesman-Review in May that the Hitching Post Wedding Chapel likely would be required to follow the ordinance.

“I would think that the Hitching Post would probably be considered a place of public accommodation that would be subject to the ordinance,” he said.

He also told television station KXLY that any wedding chapel that turns away a gay couple would in theory be violating the law, “and you’re looking at a potential misdemeanor citation.”

Wilson confirmed to Knapp my worst fear -- that even ordained ministers would be required to perform same-sex weddings.

“Wilson also responded that Mr. Knapp was not exempt from the ordinance because the Hitching Post was a business and not a church,” the lawsuit states.

And if he refused to perform the ceremonies, Wilson reportedly told the minister that he could be fined up to $1,000 and sentenced to up to 180 days in jail.

Now all of that was a moot point because, until last week, gay marriage was not legal in Idaho.

The U.S. Court of Appeals for the Ninth Circuit issued an order on May 13 allowing same-sex marriages to commence in Idaho on Oct. 15. Two days later, the folks at the Hitching Post received a telephone call.

A man had called to inquire about a same-sex wedding ceremony. The Hitching Post declined, putting it in violation of the law.

City officials did not respond to my requests for an interview, nor did they respond to requests from local news outlets.

“The government should not force ordained ministers to act contrary to their faith under threat of jail time and criminal fines,” Tedesco said.

“The city is on seriously flawed legal ground, and our lawsuit intends to ensure that this couple’s freedom to adhere to their own faith as pastors is protected, just as the First Amendment intended.”

“The Knapps are in fear that if they exercise their First Amendment rights they will be cited, prosecuted and sent to jail,” Tedesco told me.

It’s hard to believe this could happen in the United States. But as the lawsuit states, the Knapps are in a “constant state of fear that they may have to go to jail, pay substantial fines, or both, resulting in them losing the business that God has called them to operate and which they have faithfully operated for 25 years.”

The lawsuit came the same week that the city of Houston issued subpoenas demanding that five Christian pastors turn over sermons dealing with homosexuality and gender identity.

What in heaven’s name is happening to our country, folks? I was under the assumption that churches and pastors would not be impacted by same-sex marriage.

“The other side insisted this would never happen – that pastors would not have to perform same-sex marriages,” Tedesco told me. “The reality is – it’s already happening.”

Tony Perkins, president of the Family Research Council, told me it’s “open season on Americans who refuse to bow to the government’s redefinition of marriage.”

“Americans are witnesses to the reality that redefining marriage is less about the marriage altar and more about fundamentally altering the freedoms of the other 98 percent of Americans,” Perkins said.

Why should evangelical Christian ministers be forced to perform and celebrate any marriage that conflicts with their beliefs?

“This is the brave new world of government-sanctioned same-sex unions – where Americans are forced to celebrate these unions regardless of their religious beliefs,” Perkins told me.

As I write in my new book, “God Less America,” we are living in a day when those who support traditional marriage are coming under fierce attack.

The incidents in Houston and now in Coeur d’Alene are the just the latest examples of a disturbing trend in the culture war – direct attacks on clergy.

“Government officials are making clear they will use their government power to punish those who oppose the advances of homosexual activists,” Perkins said.