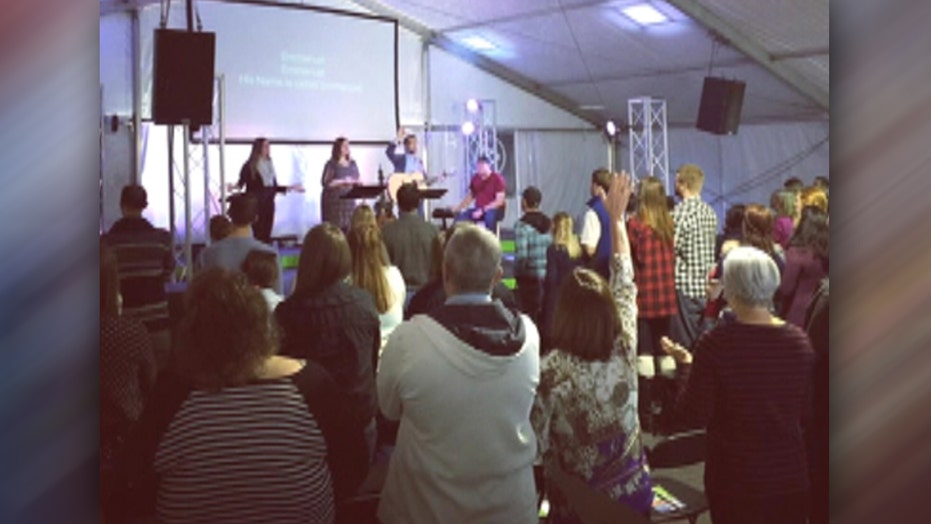 “Silent Night” has new meaning for a Louisiana church after they were issued criminal sanctions because their worship services exceeded 60 decibels – which is about the same noise level of a dishwasher.

The executive pastor of Vintage Church was issued a criminal summons and the rest of the staff was threatened with “physical arrest” if they used any microphones or amplified sound in their worship services, according to a lawsuit filed by Liberty Institute.

Jefferson Parish, Louisiana and the Jefferson Parish Sheriff’s Office are named in the lawsuit – alleging that the local government is “imposing unwarranted and unreasonable demands on the members of Vintage Church.”

If it’s okay to use a jackhammer on Sunday morning, why isn’t it okay to worship Jesus?

For the record, I reached out to the sheriff for comment – but he declined to speak to me.

The trouble started back in August when the small evangelical congregation announced plans to expand its existing sanctuary – located within a subdivision.

However, that meant the church had to temporarily relocate its two Sunday morning worship services to an enclosed outdoor tent. The church applied for, and was granted a permit to erect the structure.

On Aug. 9, a neighbor called authorities to complain about the noise levels.

On Aug. 18, the church was told by the sheriff’s office that any sounds before 8:50 a.m. had to be kept below 60 decibels. They also told the church they could not set up for the Sunday service until after 8:50 a.m.

Pastor Rob Wilton told me that was the start of what would become weekly visits by heavy-handed authorities.

“It’s been difficult,” he told me. “We have been consistently hassled by our neighbors and by the parish officials since the first of August - every single week.”

By Nov. 12 the sheriff’s office escalated their bullying tactics by issuing a stern warning to the church – vowing to either “issue summons or even ‘physically arrest’ Vintage Church personnel if any amplified sound were used by the church for the first service, including the pastor’s use of a microphone to preach, regardless of the sound levels.”

So that meant no microphones, no electric guitars, no musical instruments that required amplification.

The church complied with those demands – but it turned out not to matter.

The following was written in the lawsuit:

What the heck were they supposed to do – whisper the morning sermon?

“I preached without a microphone but we still received a second criminal summons,” the pastor told me. “They literally issued the summons in front of the congregation. Thankfully they allowed me to continue to preach.”

The executive pastor had previously been slapped with a criminal summons – delivered in front of stunned church members.

“They even took his fingerprints on our property,” Pastor Wilton told me.

Let’s put this in some perspective, folks. The church was not hosting a weekly Guns & Roses concert. It was a worship service.

Liberty Institute says parish ordinances allow local residents to engage in all sorts of activities on Sunday morning that are much louder than 60 decibels.

“The parish allows things like lawn mowers and jackhammers starting at 8 a.m. on Sunday while placing these burdensome restrictions on the church,” attorney Butterfield told me.

If it’s okay to use a jackhammer on Sunday morning, why isn’t it okay to worship Jesus?

There are always two sides to a story. The neighbors may very well have a valid argument. But since neither the neighbors nor the sheriff’s office want to go on the record, we don’t know what that argument might be.

Regardless, the storm trooper tactics of the Jefferson Parish Sheriff’s Office are uncalled for.

“We are seeing more and more of this sort of hostility toward churches in the United States,” Butterfield told me. “Five or ten years ago the idea that a church would be issued a criminal summons and would be subjected to this sort of continuous investigation just for having a worship service would be unthinkable.”

I’m certain that Sheriff Normand has much more important things to do on a Sunday morning than bully and harass a small evangelical church.

Perhaps he might consider spending next Sunday reading the Good Book or the U.S. Constitution.