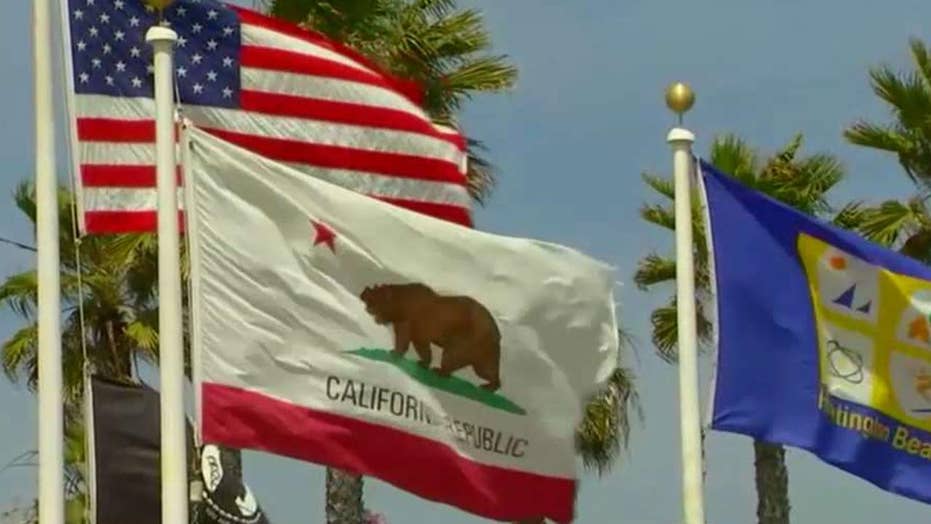 The 2018 mid-term elections delivered California Democrats a firm supermajority in both legislative houses after years of steady, incremental gains.

Now, as the 2019 legislative session begins there in earnest, it’s clear that the ascendant progressives who control both chambers are intent on increasing taxes.

There’s a Democratic drive to hike taxes of every imaginable type – attorneys, car batteries, CEOs, guns, oil and gas, painkillers, San Francisco’s Lombard Street, soda, tires, and even water. The total so far is $6.2 billion and counting; it’s likely that not every new tax will pass, but some will.

CALIFORNIA GOES TAX WILD, EYES LEVIES ON EVERYTHING FROM WATER TO TIRES

The people who make decisions about where and how much to invest in job-creating enterprises will view the California Legislature’s proclivity to increase taxes as a risk to their bottom line.

There’s one tax cut being proposed – on weed. It seems that California’s punitive taxes and regulations on its domestic marijuana industry have encouraged smuggling and underground cannabis production on a massive scale, cutting California out of untold millions. Potential tax revenues have gone up in smoke.

The irony is rich: by heavily taxing and regulating a plant that grows readily throughout California, Democrats have managed to create a shortage of the legal (taxed) variety of an illegal drug.

It seems Ronald Reagan’s observation of the left’s economic philosophy is as true today as it ever was:

“If it moves, tax it. If it keeps moving, regulate it. And if it stops moving, subsidize it.”

In the meantime, California’s $13.5 billion rainy day fund, while large compared to recent decades, is only 6 percent of the state’s mammoth $209 billion proposed budget for 2019-2020. California’s state revenues are notoriously volatile because they are heavily dependent on high-income earners through the nation’s highest marginal personal income tax rate of 13.3 percent. In the first eight months of the fiscal year that ends June 30, revenue is down $2.2 billion from the forecast.

Furthermore, recent budgets have done little to address California’s unfunded pension liabilities for teachers and government workers, estimated to run from $245 billion at the low end to $1.1 trillion at the high end, depending on projected future investment earnings. This shortfall is owed to a powerful Democratic constituency – unionized government workers – and threatens to suck up money the left would prefer to spend on welfare. This, in turn, heightens pressure to hike taxes – unless the stock market boom, up 39 percent since President Trump’s election, continues.

One of the more egregious Democratic tax hike ideas is a classic play out of the handy envy handbook: increase taxes on corporations earning more than $10 million in taxable income based on how much they pay their CEOs. The proposed tax would collect an estimated $2.5 billion with the revenue earmarked for the children (and teachers union). Media coverage of SB 37, by Sen. Nancy Skinner of Berkeley, has emphasized that the tax penalty would be based on a sliding scale of how much more the CEO makes than the firm’s average employee, with the corporate tax rate starting at 10.84 percent for any firm with a CEO that made between 0 to 50 times as much and rising to 14.84 percent.

But the basic tax rate for most California corporations is 8.84 percent, so no matter what a CEO makes, the minimum marginal tax hike would be about 23 percent, making California the worst location in the nation to conduct business from a tax climate standpoint, displacing New Jersey to 49th.

Were California Gov. Gavin Newsom to sign onto the plethora of new taxes, he’d be sure to capture the trophy for the highest taxes in the nation – if so, he can place it right next to the recognition for also having America’s highest poverty rate.

In this case, being No. 1 is overrated.