Christopher Scalia, author of 'On Faith: Lessons From an American Believer,' weighs in on the Supreme Court today and his new book on his father's beliefs.

I was at church when I first realized that, despite my best intentions, I had inherited some of my father’s mannerisms. Standing up during Mass one Sunday, I found myself rocking back and forth from my heels to toes, my arms crossed, eyes closed, head down while I listened to the priest lead a prayer. I’d seen my father do that same thing every week for much of my life and thought it seemed idiosyncratic, but either by nature or nurture I had unwittingly assumed the same series of movements.

Naturally, this inheritance first unnerved me because it meant that I was getting old and that soon enough I’d be losing my hair and my hearing. In retrospect, though, it was fitting that I’d imitate him, however unconsciously, during Mass: I had probably spent more time with him in churches than I had anywhere else outside of home. And if I had only accidentally copied that posture, there have been more important habits of faith that I’ve intentionally taken up from him.

My father often wrote and spoke about religion – about his own beliefs and about the role faith has traditionally played in American public life. Those writings are gathered in a new book called "On Faith: Lessons from an American Believer," which also includes reflections from his friends, clerks, and children about what they learned from him, how his faith informed their own.

CHRISTOPHER SCALIA: LESSONS FROM THE KAVANAUGH CHAOS -- WHAT MY FATHER, JUSTICE ANTONIN SCALIA, WOULD HAVE THOUGHT

One thing that I took for granted growing up but that has impressed me as I raise my own family is how hard my parents worked to make sure we were surrounded by good influences, that we received solid instruction in the faith. If that meant driving across town for Mass instead of to the church right down the street, so be it – that was a small sacrifice for an important difference. In the 1970s, especially, they struggled to find a parish that didn’t compromise Catholic teaching for the sake of making it more palatable. My father sought advice from friends and people those friends recommended, asking for the names of priests and parishes that would provide sound doctrine and beautiful – or at least bearable – liturgy.

At the risk of sounding dramatic, my dad did this because he and my mother worried about the well-being of the souls they had brought into the world: they were concerned about my siblings and me, how we’d be affected by lackluster (or worse) religious environment around us. My father also took this into account when he considered his career and where we’d move. In other words, going to church wasn’t just a weekly habit. Religion was at the center of how he and my mother organized our family.

It’s not surprising, then, that my father as an active participant at Mass – he wasn’t the kind of churchgoer who’d stand quietly and go through the motions. He prayed with intense reverence. I’ve seen a picture of him at a Mass with Chief Justice Rehnquist: my father’s head is bowed and he’s slumped over the pew. The Chief is more composed in his prayer and looks at my dad as if he's wondering, “Is Nino feeling okay?”

Chris Scalia, his father Antonin and family at the baptism of his son, Thanksgiving 2013

My Dad also sang. Loudly. He was in the church choir for a little while, and one week I remember offering what I thought was a compliment, something like, “Good job, Dad – I heard you loudest of all!” He would also raise his voice in prayer and receive communion prayerfully – unless he needed to go to confession, in which case he’d stay in the pew and pray.

When my siblings and I saw how seriously he took his faith, it was our cue to do the same. As many of his friends and former law clerks attest, my father inspired and sometimes even helped convert by example, through what one of his former clerks, A.J. Bellia called the “intensity with which he worshipped.”

He didn’t only evangelize by example, though. Dad rarely subjected us to lectures, thank goodness, but he was happy to explain things and answer questions about the finer points of Christianity. He would also occasionally pull my siblings and me aside and tell us about his favorite prayers or call us into his study and read passages from his favorite writers – John Henry Cardinal Newman, G.K. Chesterton, or C.S. Lewis – or share magazines and articles that he thought would nourish our spiritual lives. 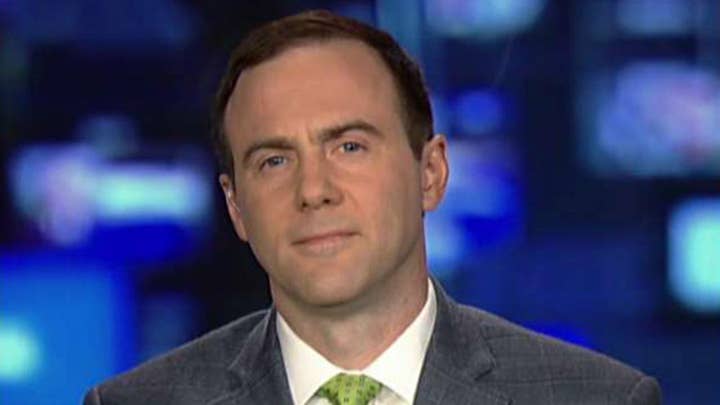 He knew that if we didn’t understand the reasons behind what we profess and how we worship, we’d be building the foundations of our faith on sand. Or as my sister Mary Clare puts it: our parents taught us “that though worship is a deeply personal experience, it is built on centuries of history and tradition-rich with meaning.”

My son will receive his First Communion later this spring. I’m sure he’ll remember it because I remember mine, which I received in the same church where I was baptized, had my first confession, was confirmed, and married. The same church, in fact, where two of my children were baptized, with my parents there.

Yes, I’m sure he’ll remember it, and that his siblings will remember theirs. Maybe those memories will include me in prayer, rocking back and forth as their grandfather used to, and as they’ll find themselves doing decades from now.

Christopher J. Scalia is the editor of "On Faith: Lessons from an American Believer."