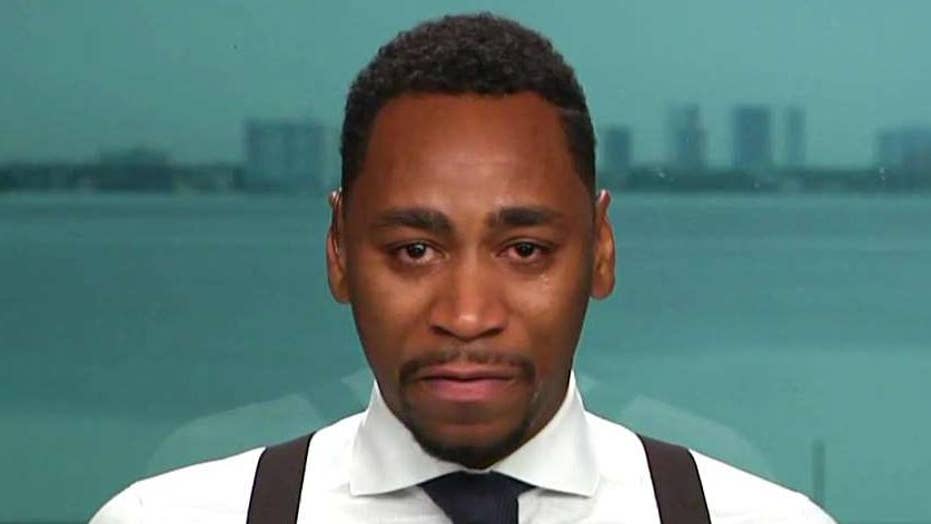 During Memorial Day weekend last year, my younger brother and two of his friends were sitting in a car on the south side of Chicago when two men walked up to the window and fired 25 times. With his bloodied best friend dead in his arms, it was only through God's grace and mercy that my younger brother made it out alive.

My heart aches for the many families, including the family of my brother’s best friend, who have experienced the unbearable pain of Chicago’s homicide epidemic.

Gun violence in Chicago has reached such horrific proportions – and city officials have proven so unable to deal with this crisis – that drastic action is called for.

It’s my fervent hope that President Trump – who has frequently commented about the terrible violence plaguing the city – will intervene soon and provide federal law enforcement officers and funding to save lives of innocent men, women and children being gunned down every day in my hometown of Chicago.

Federal policing and security supports, in collaboration with local law enforcement, would be a good starting point for the president to take action.

On top of this, President Trump should fully fund programs aimed at positive alternatives to at-risk individuals before they fall into patterns of violence, using interventions shown to have long-term impacts on violent behavior

I’m sure there are other effective programs that could be launched as well. President Trump should direct Attorney General Jeff Sessions and FBI Director Chris Wray to come up with a comprehensive action plan to end Chicago’s status as a war zone.

I’m not naïve. I realize it’s impossible to completely end killings in Chicago. But cutting the deadly toll substantially is an achievable goal.

How bad is the problem of gun violence in Chicago? Far worse than most Americans realize.

Right now, Chicago is going through another bloody summer of gun violence. In fact, at the beginning of this month more than 23 people were shot  in one weekend – including three who were killed. The wounded included girls ages 5, 14 and 15.

The next weekend things were even worse, as the local CBS affiliate headlined on its website: “4 Killed, 24 Wounded in Weekend Shootings Across Chicago.” And just last Monday, reporting on the shootings of the weekend, the local ABC affiliate headlined: “Chicago weekend violence: 7 killed, 38 shot.”

Most of the shooting victims are black, like me. And week in and week out, they keep getting shot. As of Tuesday, the Chicago Tribune reports that 1,607 people have been shot in the city so far this year.

In 2015 Yale University completed a study on Chicago shootings. It showed for every 100,000 people, an average of one white person, 28 Hispanics, and 113 blacks became victims of shootings every year in Chicago.

In a city of about 2.7 million people, this means hundreds of people – primarily black people – are being shot and many killed on a regular basis. This is frightening, disgusting and heartbreaking news.

The gun and gang violence rampant in Chicago isn't an isolated burst of mass slaughter. It is a daily, piercing threat. Bullets are indiscriminate, and the death toll has a crippling grip on Chicago’s black community that continually seeks help from state and local leaders – only to be met with more disappointment and yet another funeral.

In 2011 Kanye West released a song titled “Murder to Excellence,” where he detailed the sad state of affairs involving black-on-black murders in Chicago and asked: “Is it genocide?”

West sings: “And I’m from the murder capital where they murder for capital. … It’s a war going on outside we ain’t safe from, I feel the pain in my city wherever I go, three hundred and fourteen soldiers died in Iraq, Five hundred and nine died in Chicago.”

In Chicago, shootings all too often occur not just at night but during daylight – providing more evidence that for black kids in Chicago, going out to play in their own neighborhoods or even their own backyards may be a life and death decision.

I was hopeful when President Trump took notice of the tragedy in Chicago. I thought that finally, we had a leader who would prioritize the crisis there – a crisis that has taken the lives of far too many.

In January 2017 President Trump said in a tweet: “If Chicago doesn't fix the horrible "carnage" going on … I will send in the Feds!”

In February last year the president tweeted: “Seven people shot and killed yesterday in Chicago. What is going on there - totally out of control. Chicago needs help!”

These tweets were hopeful signs for me. When considering the city leadership’s failure to rid Chicago of constant shootings, violence, and murders, I believed – and still do – that President Trump is a leader who can truly change the dynamic in my hometown.

In Chicago, crossing any street could be a death sentence. Anything could happen from one block to the next. Parents are forced to train their children for survival as if they live in a war-torn country.

Yet Mayor Emanuel has no strategy that could save the people of Chicago from the architects of violence. There simply is no excuse for children to have to exit schools through back doors due to gang violence at the front entryways.

Emanuel and Democratic leaders across the state of Illinois sought to decrease gun violence with stronger gun laws, catapulting Illinois' gun regulations to be placed among the strictest in the nation. However, these laws have proven largely ineffective in reducing or deterring gun violence. I’m guessing that Emanuel doesn’t realize that criminals don't obey the law.

Chicago is the third-largest city in the country, but in 2016 it ended the year with more murders than the two largest cities combined with 762 – New York City had 334, and Los Angeles has 294.

While Emanuel points to a reduction in homicides in the past two years, the city still reels from gun and gang violence particularly, on the city's South and West sides.

As Chicago continues to fall prey to gun violence and residents lose hope, it's time for deliberate and effective action. Lives depend on it. President Trump needs to intervene.

Gianno Caldwell is the host of the iHeart podcast "Outloud with Gianno Caldwell" and the author of “Taken for Granted: How Conservatism Can Win Back the Americans That Liberalism Failed.”Follow him on social media @GiannoCaldwell.