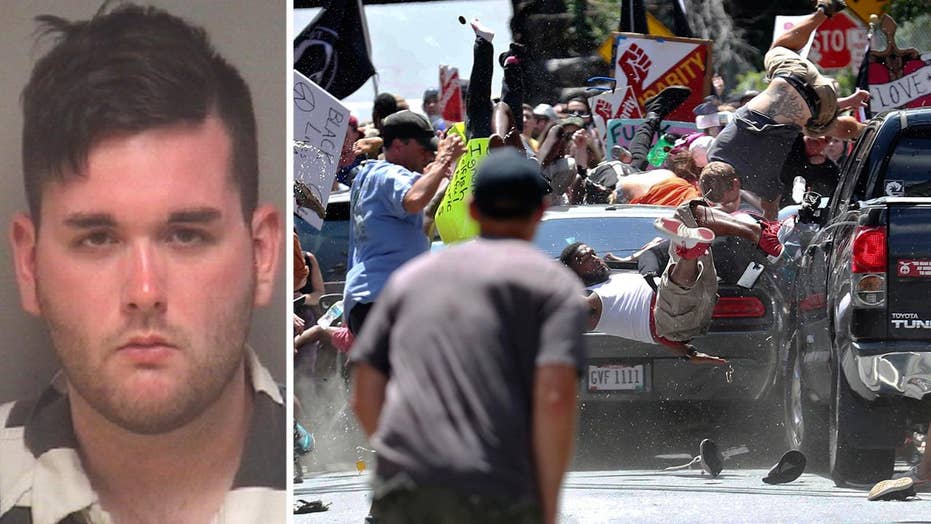 James Alex Fields Jr. is being depicted as a loner fascinated with Nazi-ism and held radical convictions on race; Doug McKelway has the story for 'Special Report'

There is no comparable list of “alt-right” protests. Though there have been some, there have not been as many. The violence at these events has included molotov cocktails, shattered windows, punches thrown, and public property destroyed. Last night, a group of leftwing activists tore down a confederate statue without permission.

But in pointing all of this out, prominent voices on the left will angrily reply that Black Lives Matter, Antifa, union goons, etc. are all working for equality, justice, or some other noble end. They will wave away legitimate comparisons between the alt-left and alt-right providing moral justification for the left.

Part of the left labeling all conservatives as bigots or enablers of bigots and all leftwing activists as moral crusaders includes prominent reporters in the mainstream media. Already, what happened in Charlottesville and its aftermath have received equal or more prominent coverage than James Hodgekinson’s mass assassination attempt. Much of the press corps and major voices on the left see no difference between conservatives and white supremacists. To them, Russell Moore of the Ethics and Religious Liberty Commission is as much a bigot as Richard Spencer. Spencer, they think, wants to advance the white race, and Moore, they think, wants to advance Christofascist radicals.

They have lost their ability to distinguish because they see anyone to the right of them as equally awful. It affects the media’s coverage and it affect’s the left’s willingness to engage in dialogue. They less and less see their opponents as opponents and more and more see them as the enemy.

But that is happening on the alt-right as well and among a lot of Trump supporters. Many Trump supporters stood with Trump because they saw a progressive movement trying to impose their secular worldview on everyone else. They see the left and many reporters lumping them in with the white supremacists as one group. That drives them even closer to Trump and makes them view their opponents more as enemies.

Because so many on the left are unwilling to call their own to account and, instead, vest virtue in their violence, there will be fewer conservatives willing to call their own to account. There will therefore be more of this sort of thing and even less moral clarity. Violence will begat violence and as the media refuses to be fair in its coverage, reporters will have a harder and harder time finding conservative voices who care enough to speak up. And after all, why should they? They’ll only be labeled bigots by the left for something else.