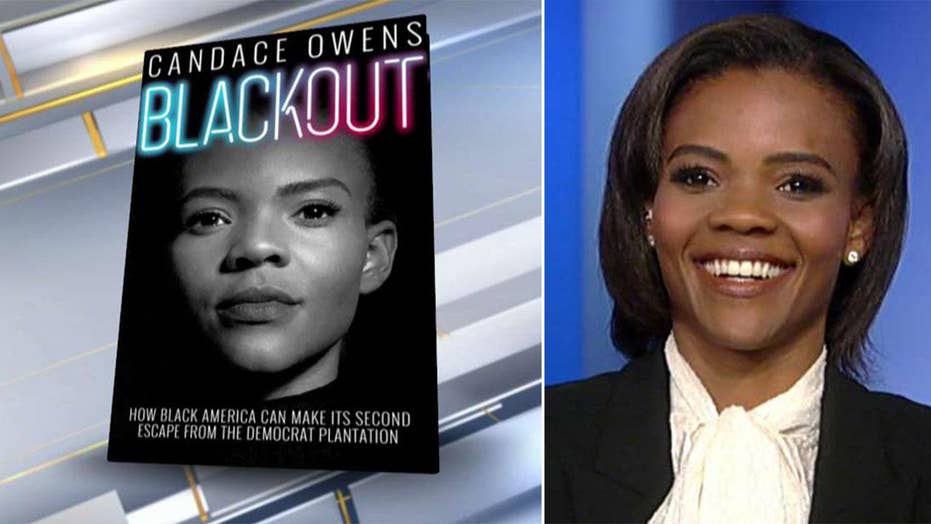 LA Times reports black voters are not convinced to vote for Democrats in 2020; Blexit Movement founder Candace Owens weighs in.

The second annual Black Leadership Summit took place in Washington this month. The event, the brainchild of Candace Owens, brought over 400 young black conservatives together for the purpose of paying homage to free minds, free markets and the U.S. Constitution. This Turning Point USA (TPUSA) gathering is not only the largest of its kind, it is the only one of its kind (a shameful reality in and of itself).

The highlight of the three-day conference was a trip to the East Room of the White House, where President Trump spoke to a crowd of young black men and women, whose reception for him he referred to as the loudest he had ever received. It got even louder when the president was later interrupted with impromptu chants of “four more years!”

The mainstream media don’t like to cover this event because having young black people cheer for President Trump does not fit their narrative. In fact, so relentless is the assertion that the president is racist that when most news organizations cover the event at all, they often wonder how the poor people in the room have been duped. Not only is this insulting to the amazing men and women who attend the summit, it presents its own unique set of politically incorrect problems the media have become adept at dismissing.

LARRY ELDER: YOUNG, BLACK CONSERVATIVES ARE ON THE RISE — HERE'S WHY

Nevertheless, the conference was incredibly inspiring to attend. The second year of the summit actually felt like the “second stage.” During the inaugural Black Leadership Summit in 2018, the students were in the discovery phase. Attending a conservative political conference for black students was similar to walking into a large home for a first-time visit. You gaze, you study, you question, and in general you just try to get a feel for the place.

And President Trump gave them some clear action steps.

In his remarks that lasted just under an hour, the president made it clear to those in the room that they were going to have to fight. He pointed out that the Democratic Party is trying to silence their voice. After all, he contended, Democrats don’t want black Americans breaking ties with liberal orthodoxy and ideology. He also told them they represented America’s “best and brightest; bravest and boldest.”

The crowd cheered when the president stated emphatically that Democrats care more about illegal immigrants in America than they do about black Americans. They cheered when he pointed out that Democrats have failed to address issues including education, unemployment and crime – especially in the very cities they’ve governed for decades.

Trump then repeated one of his signature lines as a presidential candidate in 2016 when he would ask black and other minority audiences for their votes by saying: “What do you have to lose?”

As it’s turned out, they had everything to gain. Black unemployment now stands at a record low level of 5.5 percent. With white unemployment hovering around 3.4 percent, this represents the smallest gap on record between the two groups.

The president signed into law the First Step Act, which is helping to reverse the oppressive criminal penalties introduced by President Bill Clinton in his 1994 Violent Crime Control and Law Enforcement Act.

President Trump also created Opportunity Zones to incentivize businesses to move into neighborhoods that had been de facto redlined and abandoned by wealthy investors. This is helping to create both jobs and a better quality of life; especially in minority communities, with $80 billion already slated to pour into these long-neglected urban areas.

For years, I have heard from black students and community leaders that the values of black Americans make them natural kindred spirits with conservatives. Whether it has to do with faith, family, or self-determination, black Americans believe deeply in the ideas of individual liberty and personal responsibility as embraced by our Constitution.

Tragically, under the immoral institution of slavery blacks were excluded from the initial launch of the U.S. experiment in self-government. While we fixed some of that in 1865 with the 13th Amendment, white conservative Americans still haven’t done all we can — and must — do to stretch out a hand to black Americans and politely and enthusiastically ask them to join us.

Donald Trump dared to make that ask. While Democrats, much of the media, and race-baiters like Al Sharpton would like you to believe the president is a racist, they are doubling down on that narrative precisely because they can sense that they’re losing their grip on black America.

They know that Trump is the first Republican to come along in recent times and stretch out that figurative, and literal, hand to a community long taken for granted. They know that if enough black Americans clasp hands with this president and conservatives more generally, they may just pull themselves up and out of the grips of the Democratic Party forever. Recent polling seems to indicate this is beginning to happen.

Republicans who run for office and Republicans who run the corner bakery need to make a focused and continuous effort to let black Americans know that we are not who Democrats say we are, and neither are they. We are not racist monsters who want two Americas — and blacks are not helpless victims who can only survive with the support of government.

Democrats have been masterfully lying about blacks and Republicans for decades, and they have created needless animosity between natural allies. The president, who the media constantly accuse of lying, stood in the White House and told a room filled with young black future leaders the truth about who they are, what they can be, and all they can accomplish in the greatest nation ever conceived.

That truth, if told by white conservatives to black Americans, can unleash both communities in a new era of reconciliation and empowerment that is uniquely and wonderfully American.