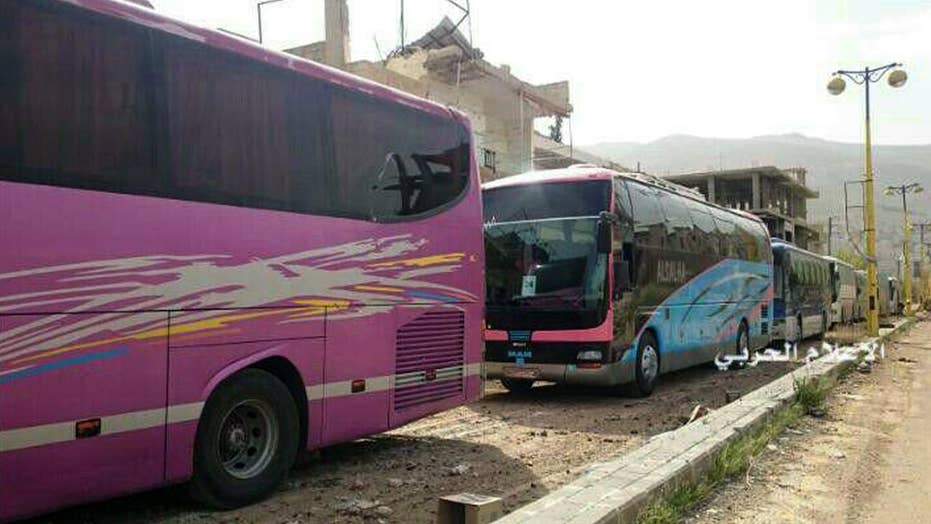 It turns the human body against itself, causing all movement to grow painful as muscles freeze up and skin cracks. It has been used as a form of torture. Its effects on children, in particular, are gut-wrenching. They die a prolonged, painful death.

You might think I’m talking about the chemical weapons used against innocent civilians in Syria earlier this month, the ones that shocked so many of us around the world, prompting President Donald Trump to decry the killing of “beautiful babies” and declare “….No child of God should ever suffer such horror.”

But I’m not. I’m actually describing something just as horrific: famine.

At this very moment famine conditions, marked by extreme hunger and malnutrition, are tightening their grip on more than 20 million people in Somalia, South Sudan, Yemen and Nigeria. Each day produces more disturbing images, of men and women whose faces look hollow, of beautiful babies turned to skeletons.

Now it is our hope that President Trump will see them – really see them – as well.

Last week, after watching images of what chemical weapons did to innocent children, President Trump changed course on Syria. If he also were to shift his response to famine conditions, launching not missiles but rather a ramped-up emergency relief, thousands if not millions of lives would be saved.

A larger U.S. role in emergency famine relief would protect our national security, too, by promoting greater stability in countries such as Yemen, on the verge of collapsing into a failed state, and South Sudan, where famine has been officially declared. So many South Sudanese have fled into neighboring Uganda that it is now the largest refugee crisis in Africa.

But make no mistake, a stepped-up American relief effort would require a change in direction, if not a change of heart. Because the Trump Administration has proposed cutting life-saving food aid by 21 percent immediately, then  slashing overall foreign assistance, which includes emergency relief funds, by a third next fiscal year.

Congress has a critical role to play here, too. The House and Senate should pass substantial increases in emergency assistance immediately, heeding the calls from UN Humanitarian Chief Stephen O’Brien. The world needs to come up with $4.4 billion in additional emergency funds by the end of this month or, as O’Brien warns, “people will simply starve to death.”

Trump administration officials have said other countries must do their fair share and contribute more to disaster aid. But history shows that other countries follow our lead.

This is what happened 6 years ago, in Somalia. Although too late to save the 260,000 people who would eventually die, the U.S. responded to famine by ramping up funding to the region 350 percent. American-funded emergency crews delivered critical food aid, water and sanitation services. Other governments followed, including the UK, Saudi Arabia, Australia and the European Commission. Though slow to develop, that humanitarian response worked, saving thousands of lives.

Today we are once again facing famine conditions in Somalia, as well as in South Sudan, Yemen and Nigeria – famine that will put refugees on the move and potentially destabilize neighboring countries. Now is the time for America to assert leadership -- not negotiating positions -- with other donor countries. We need to build a coalition that both alleviates suffering and tackles the root causes of famine.

The United States has a long tradition of stepping up, not stepping aside, in extraordinary times. In the wake of World War II, we helped save and rebuild lives in a devastated Europe.

In response to the global HIV/AIDS epidemic, America created perhaps the largest health program ever initiated by one country to address a single disease: the President’s Emergency Plan for AIDS Relief. And more recently, when Ebola ravaged parts of West Africa, U.S. teams led the successful response and containment strategy.

Today we have another unprecedented challenge. And if we wait until haunting images start filling our Facebook feeds, far too many people will already be dead. The UN’s O’Brien calls famine conditions in four countries the worst crisis the world has faced since 1945. That’s the same year the organization I lead, CARE, was created so America could send leftover military rations to desperate families in war-town Europe.

Those “CARE Packages” grew into a symbol of America’s humanitarian leadership. President Truman sent 100 CARE Packages himself. Because he and so many other Americans couldn’t stomach the thought of doing nothing to stop the suffering of innocent, beautiful babies.

Michelle Nunn was the CEO of Points of Light from 2007 to 2013 and is currently the president and CEO of CARE USA, a global poverty fighting organization.