Donald Trump won in 2016 because working-class Americans believed in him. Yet, earlier this year, President Trump presented a budget that could be detrimental to the same people who helped put him in the White House.

Trump asked for billions of dollars in cuts for a variety of safety net programs including food stamps, Temporary Assistance for Needy Families (TANF) and Medicaid. This budget proposal also outlined almost a trillion dollars in cuts to Social Security and Medicare.

Now, the Trump administration has announced a new plan to further limit many of these same benefits. This month, the White House budget office revealed it was considering a change in how the Federal Poverty Level (FPL) is calculated. The working poor and older adults are the main beneficiaries of these programs. They are also both major voting blocks.

CAPRI CAFARO: NANCY PELOSI IS SPOT-ON ABOUT TRUMP IN 2020 AND THE DEMOCRATIC PARTY

This is a real policy problem that could impact real Americans. Rather than fixating on investigations, Democrats should focus on fighting against these kinds of damaging proposals. Standing up for the working poor, children and seniors is a tangible contrast to what Trump has proposed. That would be both good policy and good politics for national Democrats.

So far Trump’s plan to revamp the FPL has flown mostly under the radar, likely because it just seems like some technical fix. But, this is a big deal that warrants scrutiny, especially from Democratic lawmakers. The FPL helps determine who is eligible to receive a variety of public benefits. A change in this formula could also mean more people being kicked out of these programs. 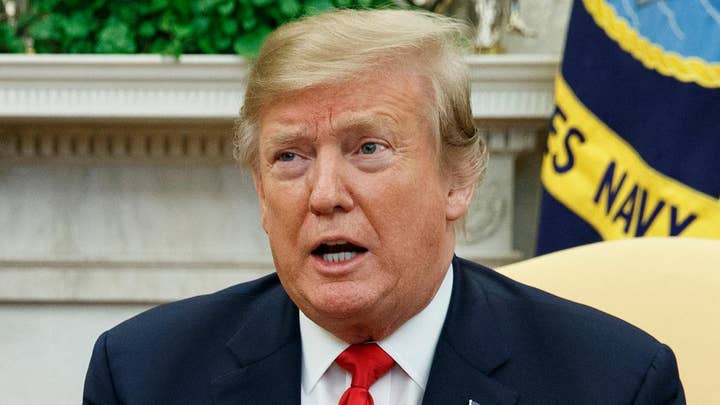 Here’s basically how this FPL business breaks down. As it stands, the FPL calculation is based on the Consumer Price Index rate of inflation. Basically, that means that the rate of growth is related to how much a variety of things that people buy will cost on average. This more traditional calculation of CPI is not updated on a regular basis. The change being proposed is called chained CPI that is updated more frequently than traditional CPI, taking into account changes in consumer behavior. Changing to a chained CPI means that the growth rate could be both more accurate have a slower growth rate than the CPI that is currently used to calculate the Federal Poverty Level.

This recalibration of the FPL is merely an economic sleight of hand. If approved, this change is both bad policy and bad politics. The Federal Poverty Level is used to determine if someone can qualify for major programs such as Medicaid, food stamps, subsidies for Medicare’s prescription drug program, heating assistance, and Children’s Health Insurance (CHIP), just to name a few. These are some of the same social services that Trump already asked to cut in his budget.

Basically, Trump and his administration are advocating for both cutting vital safety net programs and changing eligibility criteria so fewer people can access whatever would be left after the proposed cuts. It’s not good policy, in my view, because you can’t eat or stay healthy, you’re not likely to be a productive member of the workforce. If you cannot provide a warm home or health care access for your child, chances are they will not live up to their potential in school. Changing program eligibility through some voodoo economics will disproportionately hurt the working poor creating a perverse incentive to be employed.

It’s bad politics because it is hard to take something away from people when they already have it. Let’s just look at the numbers. For example, there are 23 million Americans receiving heating assistance, over 72 million people on Medicaid, including over 6 million children on CHIP. There are also over 40 million Americans on food stamps. Most of these people are already working. This is a lot of people who could hold President Trump responsible for losing their benefits by sitting at home or voting against Trump in 2020.