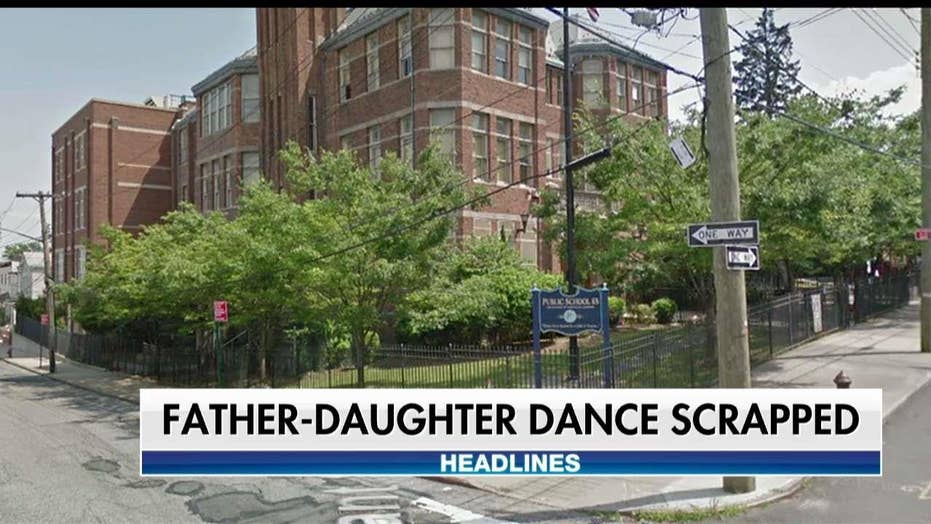 Breaking news: Believe it or not, fathers and mothers are not identical. Neither are sons and daughters. And both research and common sense support the notion that children benefit when they have good relationships with a loving mother and a loving father.

Unfortunately, the enlightened, oh-so politically correct and highly educated bureaucrats at the New York Department of Education appear to be unaware of this startling revelation – even though it was common knowledge going back to prehistoric times.

So in a decision that sounds like a joke, the Department of Education adopted a policy last year that demanded schools throughout New York scrap any “gender-based” activities that do not serve an educational purpose. And apparently, one such gender-based activity is the long tradition of father-daughter dances held by many schools.

As a result, an elementary school in the New York City borough of Staten Island has called off – for now, at least – a father-daughter dance that had been scheduled for Friday.

Fathers have an enormous influence on their daughters, whether they are in their lives or not. Dads who are involved in the lives of their daughters in positive ways are key to daughters having high self-esteem, self-worth, grades, college education levels and overall intellectual well-being.

“Until we understand what we are legally permitted to do, we need to table this event,” PTA President Toni Bennet wrote to a parents’ group on Facebook.

The message to these elementary school girls? Sorry, but you’re not allowed to have a special night with your dads.

Canceling an elementary school dance might sound like a small thing. But it is anything but trivial.

Ridding schools of father-daughter dances points to a larger issue: the politically correct culture that we used to joke about all those years ago has become today’s actual default culture. Jokes about the ridiculous rules and regulations political correctness would usher in have become the new reality. Our children are paying the price.

Boys and girls (forgive me for using such terribly sexist terms) are living with the ramifications of a world where the mere mention of a time-honored tradition like father-daughter dances –  needed in today’s world more ever — sends grown men and women (can I used these terms?) into a tailspin.

Let’s drop the political correctness nonsense and deal with some facts:

Fathers have an enormous influence on their daughters, whether they are in their lives or not. Dads who are involved in the lives of their daughters in positive ways are key to daughters having high self-esteem, self-worth, grades, college education levels and overall intellectual well-being.

The influence of a father on the life of his daughter is no small deal.

When fathers are less involved with their daughters, are not there at all, or exert a negative influence, daughters have higher rates of teen pregnancy, sexually transmitted diseases and substance abuse.

The National Fatherhood Initiative rightly points out that there is a national fatherhood crisis in our nation, where one-third of children don’t have their biological fathers living at home with them.

We need fathers in the lives of their children and we need them to be the best dads they can be. When a school pulls the rug out from under dads who are trying to do the right thing in the name of equality, it’s a slap in the face to them and to their daughters.

Even in a culture in which dads are increasingly absent, we see beautiful examples of good men from the community or church stepping forward to fill the gap. A biological father isn’t the only man who can fill the role of a father at a dance or in our hearts, but the role will be filled in one way or another. We must all work to make sure it’s filled well.

I am so grateful that my daughter has beautiful memories of getting dressed up and being showered with flowers, compliments, and attention by her proud father – my sweet husband – at her father-daughter dance.

These are occasions where a dad teaches his daughter how a young man is supposed to treat her and provides her with an example of how she should expect honorable men to respect her later in life. It’s an opportunity to set a high bar in showing her how it feels to be loved and honored, teaching her she deserves the best.

I want that for every girl and young woman in this country. It is something we should be fighting for – not opposing.

Transgender activists are foolishly attempting to eliminate gender from the equation of the natural world. The fact is that some of us a female and some of us are male. Neither sex is superior to the other, but it’s absurd to deny that there are differences between us. How many parents worry about their teenage sons getting pregnant?

Stripping males and females of their God-given, inherent gifts and talents has consequences far more serious than postponing a father-daughter dance.

Men are constantly being told by leftists that they are not wanted, that their importance in the lives of women is overrated and, frankly, not needed.

That’s not true. We need men in this world to step up and be the men they are called to be, to be honorable and just and loving. We want them to fight for their daughters and for the women they love.

Yes, I have taught my daughter to be strong and self-reliant. My husband, thankfully, has taught her that when she considers a mate, life is sweeter with a man who will love her unconditionally and selflessly.

We need our daughters to know what it looks like to be respected and have a man treat them honorably. We want those fearless and courageous men to stand up for what is right and not be afraid of what the culture will say about them. The health and futures of our daughters depends on them.