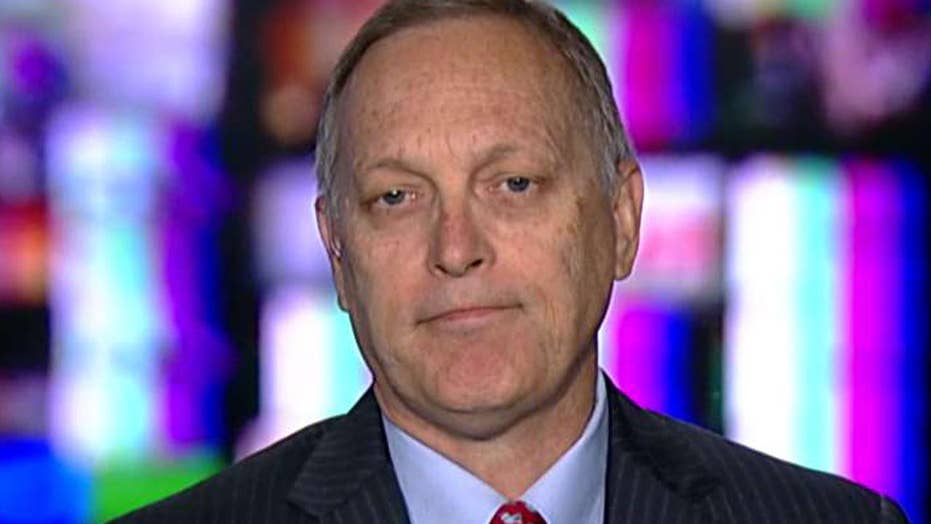 After eight years of failing policies and executive overreach by the Obama Administration, the American people entrusted Republicans with unified control of the House, Senate, and White House. We promised our constituents that we would work quickly to restore constitutional order and take much-needed steps to revitalize our economy.

Republicans made a hard commitment to the American people – we would fully repeal ObamaCare, implement pro-growth tax reform, balance the federal budget, and much more. We have begun clearing the overreach of the Obama administration by enacting significant reforms to the Veteran’s Administration, repealing Dodd-Frank, and passing vital regulatory reform. Yet we are now more than six months into the 115th Congress and President Trump’s administration, and have not made enough progress towards achieving our primary goals.

If we do not pass these pieces of legislation this year, our agenda will be in serious jeopardy. As Congress heads into an election year, it becomes increasingly more difficult to pass pieces of legislation that make the sweeping reforms we promised. Besides these big-ticket items, there are several additional items Congress must consider this year.  These include reauthorizing the Federal Aviation Administration, the Children’s Health Insurance Program, the National Flood Insurance Program, and Section 702 of the Foreign Intelligence Surveillance Act. We must also work to ensure that the VA Choice program has the funding it needs to care for our nation’s heroes.

The annual August recess is a luxury, and most members of Congress look forward to being in their respective districts for an extended time. I was looking forward to meeting with my constituents, spending time with my family, going to my church, and recharging my batteries in the Arizona sunshine before a return to the D.C. swamp. Yet, with so much to do, and little time to address the long list of pressing issues on our docket, we cannot afford the luxury of going home this year.

I applaud Senate Majority Leader Mitch McConnell’s announcement that the U.S. Senate will cut short its August recess by postponing the start by two weeks.

No one should be under the illusion that completion of our agenda will be easy to accomplish, but we should work in good faith to remain true to our constituents.  They expect us to work diligently and will be justifiably upset if we recess for four to five weeks instead of moving our agenda forward. Since the start of the 115th Congress, we have achieved some notable accomplishments that have been called singles and doubles. Only by working through August can we hit home runs and restore the trust of our constituents.

In my short time in Congress, I have heard a lot of talk about the plans we have for the United States of America. We have talked enough about our agenda; now, we must enact these vital policies and assure the American people that we are capable of finishing the work we started.

The people who founded this country were willing to sacrifice their lives, their fortunes, and their sacred honor to fight for the truth that “all men are created equal and endowed by their Creator with certain unalienable rights.” The least we can do to carry on the Founders’ torch of liberty is to sacrifice the month of August to keep our promises and give our children the opportunity to experience a more-free and prosperous America. I am committed to staying in session as long as it takes to accomplish our goals.