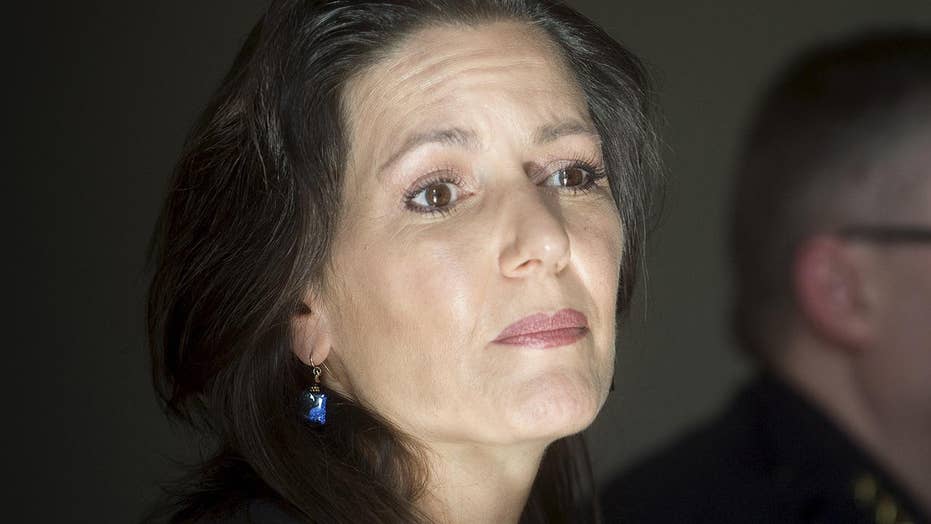 In what even the liberal San Francisco Chronicle deemed “an extraordinary escalation” of California’s war against the federal government, the mayor of Oakland last weekend issued a public warning to alert illegal immigrants about an upcoming federal operation designed to arrest them.

U.S. Immigration and Customs Enforcement (ICE) conducted the sweep to enforce federal immigration laws in Oakland and surrounding jurisdictions. That, after all, is the job of the agency and why it exists.

ICE announced Tuesday that the operation had resulted in the arrests of more than 150 illegal immigrants – half of whom had criminal convictions. The head of the federal agency also blasted Oakland Mayor Libby Schaaf for tipping off illegal immigrants to the federal law enforcement action, removing the element of surprise so that some could evade arrest.

Acting ICE Director Thomas Homan called Schaaf’s warning a “reckless decision (that) was based on her political agenda.”

One thing is clear: Mayor Schaaf’s reckless actions, supported by a sympathetic left-wing media and left-wing celebrities, have brought us to a very dangerous point.

Homan added that more than 800 “criminal aliens and public safety threats remain at large in the community, and I have to believe that some of them were able to elude us thanks to the mayor’s irresponsible decision.”

In taking her action, Schaaf went a step beyond the Bay Area’s typical non-cooperation with the Trump administration. She edged closer to the sort of “massive resistance” America hasn’t seen since the civil rights era, when Alabama Gov. George Wallace stood in the schoolhouse door in 1963 in an attempt to defy a federal court order that mandated integration of the University of Alabama.

Wallace – a staunch segregationist who opposed allowing black students into what was then a white university – was rightly condemned for claiming states had the right to defy the federal government. The U.S. Supreme Court had ruled in 1954 that racial segregation in public schools was unconstitutional.

Schaaf, by contrast, is drawing praise from liberals for defying the federal government – in this case on the issue of immigration rather than integration.

But while the two issues are different, the underlying principle is the same: Does the federal government have the power to set national policies? Or, does every state and city have the right to pick and choose which federal laws it wants to obey and ignore those it doesn’t like – like a person selecting only certain items in a cafeteria?

If obeying federal laws becomes optional rather than mandatory, enforcing these laws will become impossible and they won’t be worth the paper they are written on.

President John F. Kennedy federalized the Alabama National Guard to enforce integration in that state and made Gov. Wallace stand down. Kennedy was hailed as a hero. President Trump has not yet federalized the California National Guard to enforce federal immigration laws in that state, but you can bet that if he did liberals would sharply attack him as a heartless tyrant.

One thing is clear: Mayor Schaaf’s reckless actions, supported by a sympathetic left-wing media and left-wing celebrities, have brought us to a very dangerous point.

The mayor’s message was clear, according to the Chronicle: “Not only will Oakland and its police force not cooperate with ICE, but the city will actively seek to thwart efforts to detain and deport (illegal) immigrants.”

Schaaf claimed her legal counsel told her she was not opening herself to federal prosecution for alerting illegal immigrants about federal law enforcement actions against them.

But it’s hard to see how Schaaf didn’t break a federal law that states: “Any person who … conceals, harbors, or shields from detection, or attempts to conceal, harbor, or shield from detection” any illegal immigrant can be imprisoned for up to five years for each violation.

While immigration is the flashpoint of the clash between California and the U.S. government, it is hardly the only bone of contention.

In the last year alone, California has defied federal marijuana laws. It has attempted a legally dubious workaround to keep millions of its residents from having to pay their federal income tax obligations. It has fought the Trump administration’s travel ban of visitors from several high-risk countries, and it has engaged in high-stakes fights over the regulation of firearms, the internet and climate policy – all in the face of strong federal opposition.

California Attorney General Xavier Becerra, until recently a member of the U.S House Democratic leadership, has filed more than 26 lawsuits against the Trump administration in his first year in office.

But it is federal immigration law that has become the key battleground of California’s war against the federal government’s authority, and for understandable reasons.

Mass immigration, both legal and illegal, has driven California’s leftward surge in recent decades, turning it from a red state that voted Republican for president all but once between 1952 and 1988 to one in which Donald Trump took just under 32 percent of the vote in 2016. That was his worst performance in the lower 48 states.

Many of these immigrants bring needed skills and talents to America and are productive members of their communities.

However, immigrants are quite understandably, on average, not as tightly wedded to the traditional political views and outlooks of a country in which they and their families have just begun to put down roots.

As a result, immigrants have dramatically different voting patterns – characterized by overwhelming support of Democratic candidates – than those of California’s non-Hispanic whites, who while more liberal than American whites as a whole, tend to split their votes fairly evenly between the two parties.

Non-Hispanic whites made up 77 percent of California’s population as recently as 1970. Today they are only 38 percent of the state.

State Senate President Kevin de Leon (the son of an illegal immigrant), who is making a strong challenge from the left to long-time Democratic incumbent U.S. Sen. Dianne Feinstein, has referred to President Trump’s immigration policies as “xenophobic, racist, and ignorant” and sponsored legislation declaring California a sanctuary state.

“I know that Oakland is a city of law-abiding immigrants and families who deserve to live free from the constant threat of arrest and deportation,” Schaaf said. But as a local official she has absolutely no legal authority to make that determination.

Conservatives have generally been in favor of federalism and state authority. But there are certain core elements of governance – among them borders and national defense – that are the exclusive domain of the federal government. Unfortunately, California Democrats have decided that they can simply ignore federal laws whenever they do not approve of them.

In January Schaaf declared that she was willing to go to jail to keep the federal government from exercising control over borders and deporting illegal immigrants in Oakland. The Trump administration should give her – and other California officials who believe that they can “stand in the schoolhouse door” and flout federal law – the chance to back up their words with actions.

Jeremy Carl is a research fellow at the Hoover Institution, Stanford University. Follow him on Twitter @jeremycarl4.
ADVERTISEMENT