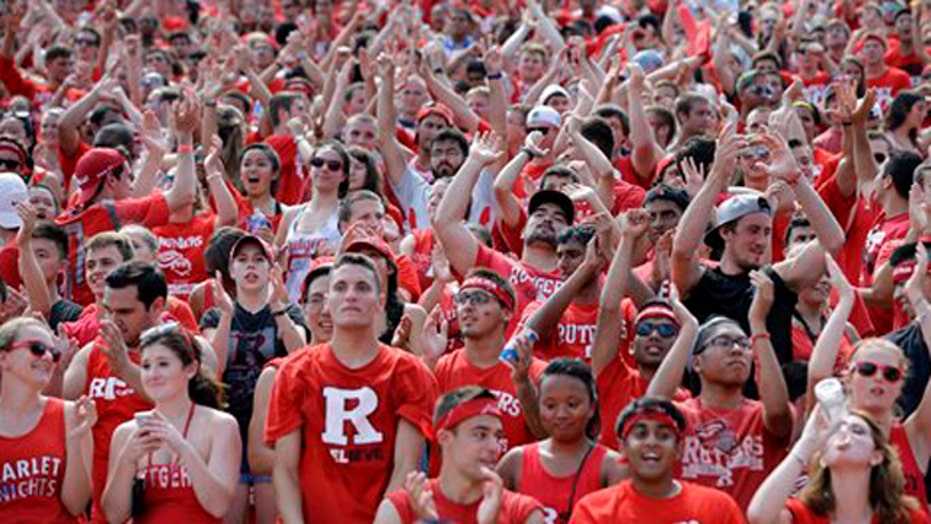 Saving for college becoming a higher priority for Americans

College freshmen are completing their first month on campus. According to the website The Other Freshman 15, "The first 15 weeks of college can be the riskiest for sexual assault. ... One out of five students experience rape or sexual assault while they are in college, and in the great majority of cases (75-80 percent), the victim knows the attacker."

The Washington Post recently carried a front-page story about campus sexual assaults. As the father of former college students, two of whom are daughters, I was stunned by the presumptions in the story. It was written in a way that assumed all female college students will have sex and get blind drunk at parties where they will be assaulted by young males.

In the news stories and in comments by President Obama and public officials, there are only scattered references to individual responsibility. In the Post story some parents advise their daughters to take self-defense classes and be careful. But this deals with effect, not cause. The conversation about sexual behavior should start with young women and men long before they step foot onto a college campus. Young women should be taught to respect themselves and to conduct themselves honorably. Young men should be taught to be gentlemen and respectful of women.

Unfortunately, culture has robbed women of what we used to call modesty and men of their obligation to respect, even protect, women. These were the values I was taught, but today the media drown us in sex and sexual violence.

When I picked up a girl for a date, I went inside her home and met her father, who made it clear that I had better bring his daughter home in the same condition in which I found her. This had a chilling effect on a young male libido, which proved mutually beneficial.

Many fathers aren't around these days, either because of divorce or because of work, or because there was never a father in the home to begin with.

The sexualization of girls at ever-younger ages has been well documented. In Britain, the media are full of stories about pedophiles, but it offers little perspective on the reason.

Playboy magazine's Hugh Hefner and the late Helen Gurley Brown's "Cosmo" encourage men and women to discard self-control and submit to their lower nature. That approach hasn't worked out so well. Anyone watching Dr. Phil or listening to Dr. Laura can see and hear the wounded women who had a right to expect something better from the men to whom they gave themselves.

Here are my guidelines for parents with children approaching college age:

First, keep them home for the first two years, 17 or 18 is too young to be put in the middle of temptations many are not mature enough to resist. Send them to a local community college to take required courses. You and they will save money while you help them make good judgments. Taking college classes online is cheaper still.

Second, fathers have a conversation -- in fact many conversations -- with your daughters. They need to know they are valuable and should not cheapen themselves by engaging in premarital sex and that they should marry a man who will be committed to them and any children they have together. Quaint, I know, but the benefits are many.

Third, before you send your daughter off to college, pick a good one, not a party school. Tell her if she is going someplace where there is likely to be drinking, don't drink much, if at all. Suggest a friend go along who will look after her and walk her back to the dorm. Tell her to associate with people of good character for mutual reinforcement.

Virginity, fidelity and self-control are virtues that have disappeared from modern culture, but their loss has brought unhappiness, STDs, abortion, broken or damaged relationships and a lack of self-worth. For young men, too, chivalry appears to be dead.

Culture mocks virgins and teetotalers, but what it offers instead is a societal train wreck that has contributed to sexual assaults and a litany of misery.