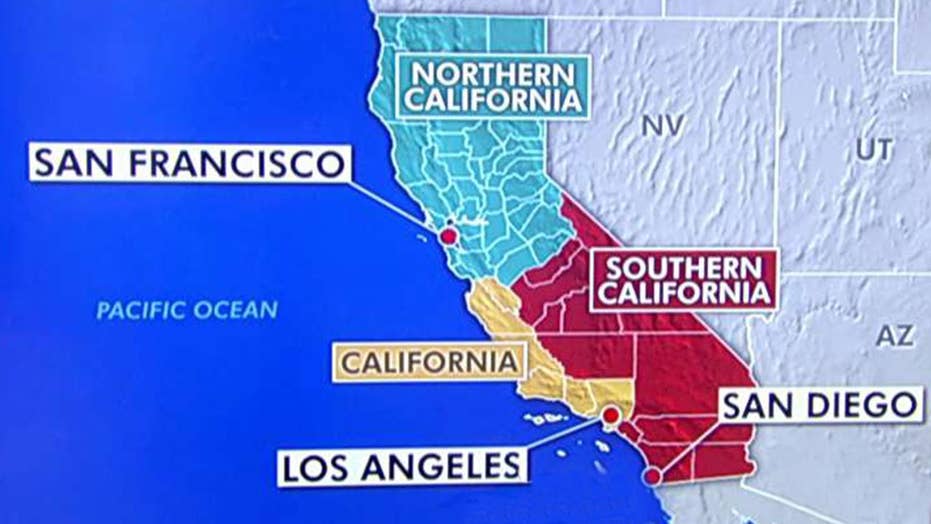 The right of Californians to self-government and democracy suffered a serious blow Wednesday when the state Supreme Court ordered that a proposition asking voters if they want to break the most populous state in the nation into three states must be removed from the November ballot.

The state’s highest court ruled that while ballot measures can be used to amend the California constitution, more significant revisions to the constitution require action by the state Legislature.

Ruling on a lawsuit by an environmental group seeking the block the vote on breaking up the state, the court wrote that “the potential harm in permitting the measure to remain on the ballot outweighs the potential harm in delaying the proposition to a future election.”

But in fact, it appears that the proposition was yanked off the ballot because it was too big a threat to the established power structure of state government in Sacramento.

Consider the irony. The initiative easily qualified for the ballot – with over twice the number of required signatures, from every county in the state – because many voters believe they don’t have a say in how they are governed, and believe their elected representatives don’t represent them. It’s clear they are right.

The elites in Sacramento were afraid of their failures being exposed and couldn’t face the scathing rebuke they could have received from voters in November. So they flexed their political muscle and went running to the courts to avoid the light being shined on the truth.

The elites in Sacramento were afraid of their failures being exposed and couldn’t face the scathing rebuke they could have received from voters in November. So they flexed their political muscle and went running to the courts to avoid the light being shined on the truth.

That truth is that the state Legislature has failed the people of California. Here are 10 reasons why:

1)      Californians no longer have a say in how we are governed. We are pawns in the hands of a few powerful elites that don’t have our best interests in mind.

3)      The state prides itself on being the fifth-largest economy in the world, yet that means nothing to people living in bankrupt towns and to citizens in communities where they can’t drink water out of their taps.

4)      While the state continues to build an expensive, unwanted high-speed rail to nowhere, the average Californian is just trying to get to work every day on roads that are in disrepair and in areas where unchecked growth has created utter gridlock.

6)      People are leaving California in record numbers – in search of lower taxes, greater opportunity and futures that are successful and sustainable.

7)      Businesses are departing California seeking business-friendly states where they can invest and expand.

8)      Many retirees can no longer justify staying in California, where their fixed incomes aren’t sufficient. Housing and other costs of living are lower in other states such as Florida, Nevada and Texas.

9)      Millennials – our future – love the California weather and lifestyle, but can’t afford to stay in the state. So they are taking their dreams, their talents, their ambitions and their future family roots elsewhere.

10)   California will remain ignored in presidential elections because candidates will assume whoever the Democrats nominate will carry the state. Candidates for federal office on both sides of the political aisle will continue to come to the state to throw their parties and pick our pockets, not really caring what our problems or ideas are, and with no intent to take solutions back to Washington. Electoral relevance was another goal of the ballot proposition that will not be realized.

In spite of all the “what-ifs” about the proposition to break up the state, they pale in comparison to all the “what is” in California. Right now we have utter failure. And the trail of responsibility leads right back to the halls of the state Capitol.

State officials knew they couldn’t answer for these failures or risk this threat to their power, so they went to the courts, cried “foul” and won. The state Supreme Court has, in effect, deemed the people of California irrelevant.

But the people of California see this for exactly what it is. It is the validation that we were on to something truthful. That we were accurate in knowing that Sacramento does not have our best interests in mind. We were right. And this ruling proves it.

Opponents of the ballot proposition believed a question like this should more appropriately be handled in the courts and via the legislative process. They said this was too important an issue to trust to the hands of the voters. They couldn’t be more wrong.

I trust my neighbors and fellow citizens in California far more than the ruling class in Sacramento to know what the needs and priorities of my community are. I trust those who love this state like I do to know how to improve it, to address its problems and to find practical solutions for the problems that state government has created. I trust I’m not alone in believing that California can do better.

Six judges just silenced California voters. I, for one, will not forget this injustice and hope my fellow Californians won’t either. They have been wronged. And they should be outraged.

When the courts usurp the rights and the voice of the people it is a dark day for democracy. Liberties that are revoked are rarely reinstated.

The author served as a spokesperson for the ballot initiative to break California into three states.