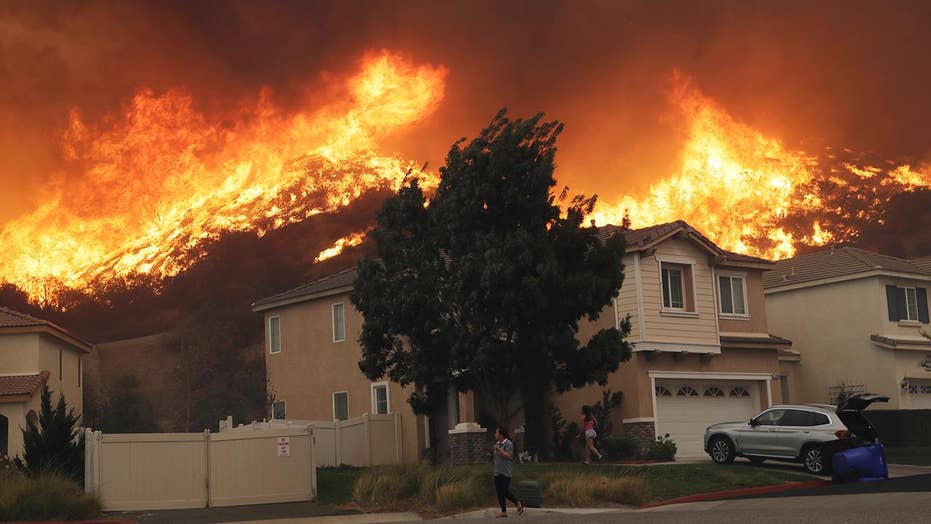 California firefighters are going house to house to stop the flames in backyards; Claudia Cowan has the latest on the Getty and Kincade Fires.

California may well be entering a pre-revolutionary situation as the Marxists would call it. Unlike the rolling blackouts of 19 years ago, today’s outages cannot be stopped with a simple act of regulatory courage, which then consisted simply of guaranteeing that suppliers would get paid for power they supplied under long-term contracts.

Back then, a feckless governor dithered. Over 11 months, residents suffered blackouts that in their totality are already exceeded by just one of the intentional outages called in recent weeks to protect utilities from wildfire liabilities.

TOM DEL BECCARO: CALIFORNIA, PG&E, WE CAN'T GO ON LIKE THIS. HERE'S WHAT YOU NEED TO UNDERSTAND

This week a homeowner told the Los Angeles Times: “They shut off the power and we still had a fire. I don’t understand it.” That’s because less than 10% of fires are caused by power lines. It’s impossible even to know if the intentional outages are doing more harm than good, though the question at least was broached in a state Senate hearing this year. Utilities make the decision. They are understandably focused on minimizing their own financial liability rather than weighing the trade-offs that outages impose on the public.

Last time, a recently re-elected Democratic governor was recalled in a chaotic referendum and eventually replaced by movie action-hero Arnold Schwarzenegger. But with the blackouts long since resolved, Mr. Schwarzenegger went down to a humiliating defeat at the hands of public-sector unions when he promoted ballot measures aimed at union power, overspending and gerrymandering that would have reformed the state’s politics.