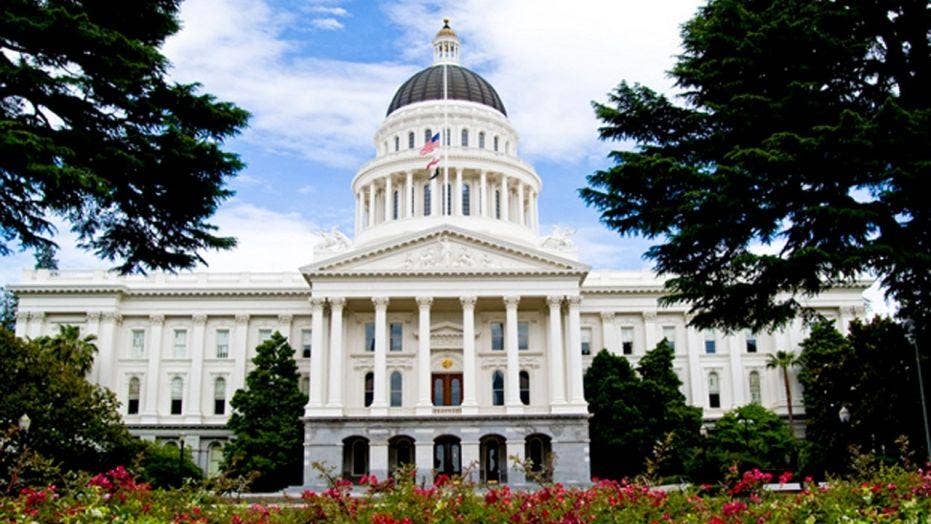 Two California lawmakers want companies who are bringing back billions from overseas as a result of the GOP tax cuts to pay billions more in taxes.

California is already seeing residents and businesses flee the state because of its sky-high taxes. Yet unbelievably, two Democratic state assemblymen have proposed to more than double the state business tax – hiking it from 8.84 percent to 18.84 percent on businesses with annual net incomes of more than $1 million. This would be the highest state corporate tax rate in America.

The rationale for the giant tax hike? Denying the companies tax savings from the federal income tax cuts recently signed into law by President Trump. Soak the rich! Billions in new tax revenue for the state! What could possibly be wrong with that?

In fact, a great deal is wrong with proposed massive tax increase. There’s no question it would only worsen the corporate exodus from California and make it even less likely that new businesses would be created in the state, which already has the second-highest state corporate income tax, after Alaska.

And guess who the tax increase would hurt? Everyone in California who needs a job. Fewer employers in the state mean there will fewer jobs for employees.

There’s an old saying: “The definition of insanity is doing the same thing over and over and expecting different results.” By that saying, it would be crazy for California to keep raising taxes in hopes of improving its economic position.

Fortunately for Californians, the constitutional amendment proposed by Assemblymen Kevin McCarty of Sacramento and Phil Ting of San Francisco stands little chance going into effect, because it would require approval by a two-thirds vote in the state Assembly and Senate, followed by approval by state voters in November.

But the fact that the huge tax hike has even been proposed illustrates why California is losing out to low-tax states in the hunt for new businesses and economic growth.

I’ve seen how this works from both high-tax California and low-tax Texas, which doesn’t have any state income tax.

I was a Republican member of the California legislature for six years, including four years as vice chairman of the Assembly Committee on Revenue and Taxation. Now I’m vice president of national initiatives for the Texas Public Policy Foundation.

In the California Legislature, I’d hear from government union lobbyists, community organizing groups, and the majority of Democrats countless times that taxes have no effect on the California economy. This blanket assertion was especially deployed to counter the notion that people or businesses might be persuaded to leave the Golden State to escape high taxes and the heavy regulatory burden those high taxes financed.

Every year the Census Bureau publishes estimates of state-to-state migration flows. For as long as I can recall, California has been a net exporter of people, along with New York, New Jersey and Illinois. What do these states have in common? According to the Tax Foundation, they are the highest-taxed states as a share of income among the 15 most-populous states.

Americans move about the nation, seeking opportunity and better lives for themselves and their families. Low-tax havens such as Texas, Florida and Arizona pull people from California and New York. But even high-tax New Jersey typically sees a net inflow from New York – its even higher-taxed neighbor.

California’s liberal defenders often tout that the state is still growing, albeit far more slowly than it did in the past.

The congressional reapportionment that takes place every 10 years allows California’s growth to be compared with that of the rest of the nation. As the result of the 1960 Census, California added eight seats in the U.S. House of Representatives. In 1970, it added another five.

In 1980, just two seats were added, after the 1970s saw stagflation, oil shocks, and Jerry Brown’s first stint in the governor’s office. The 1990 Census added seven seats to California’s congressional delegation. But the 2000 Census increased the delegation by only one seat. And in 2010, for the first time since becoming a state in 1850, California received no new seats in the House.

California typically loses a net of more than 200,000 people every year, with the largest group moving to Texas. But natural growth and continued immigration from Asia and Latin America make up the difference.

While California has the highest personal income tax rate in the nation and, as a share of income, usually ranks in the top-five highest-taxed states, it’s still a relative bargain compared to many nations in Asia. This is especially true when broadening the comparison to include measures of the rule of law and political stability.

The huge national tax cut passed by Republicans in Congress and signed by President Trump is now law. The president has successfully cut bureaucratic red tape more than any modern president since Ronald Reagan.

Soon, because of President Trump’s tax cuts and sustained deregulatory push, we will not only see $2 trillion of overseas corporate earnings return home to the U.S., but also a renewed interest among the world’s most talented people to move to America. Pending changes to American immigration policy may place a higher priority on immigrants with skills and capital.

Just as California sends more of its entrepreneurs and big businesses to Texas every year, soon America may see a higher flow of creative and talented people to its shores for the same reason: more freedom and a chance to keep a little more of their own hard-earned money.

Low tax rates spark economic growth and job creation. High taxes do just the opposite. This have been proven true time and time again, yet big-spending Democrats still have not learned the lesson.